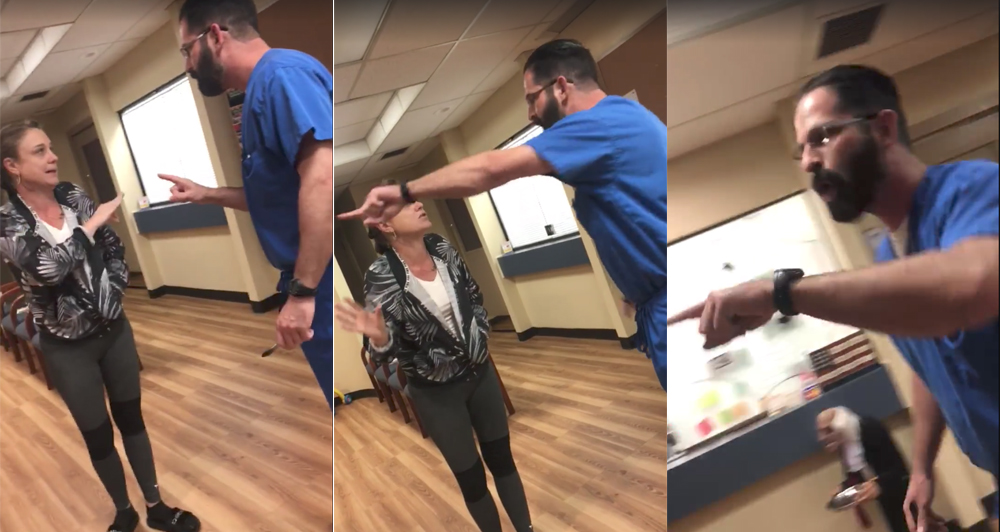 Is there anything worse than the waiting room at a medical centre?  You’re either there because you’re sick as a dog or you’re there waiting for someone who is, leaving you surrounded by other sick – and probably contagious – people. That gets a big yeah nah from me.

As if that’s not bad enough, you might end up having to wait for a while before you get seen. In some places it’s not unusual to wait for hours before the doctor can get to you, look at you for ten seconds and tell you to take some aspirin. 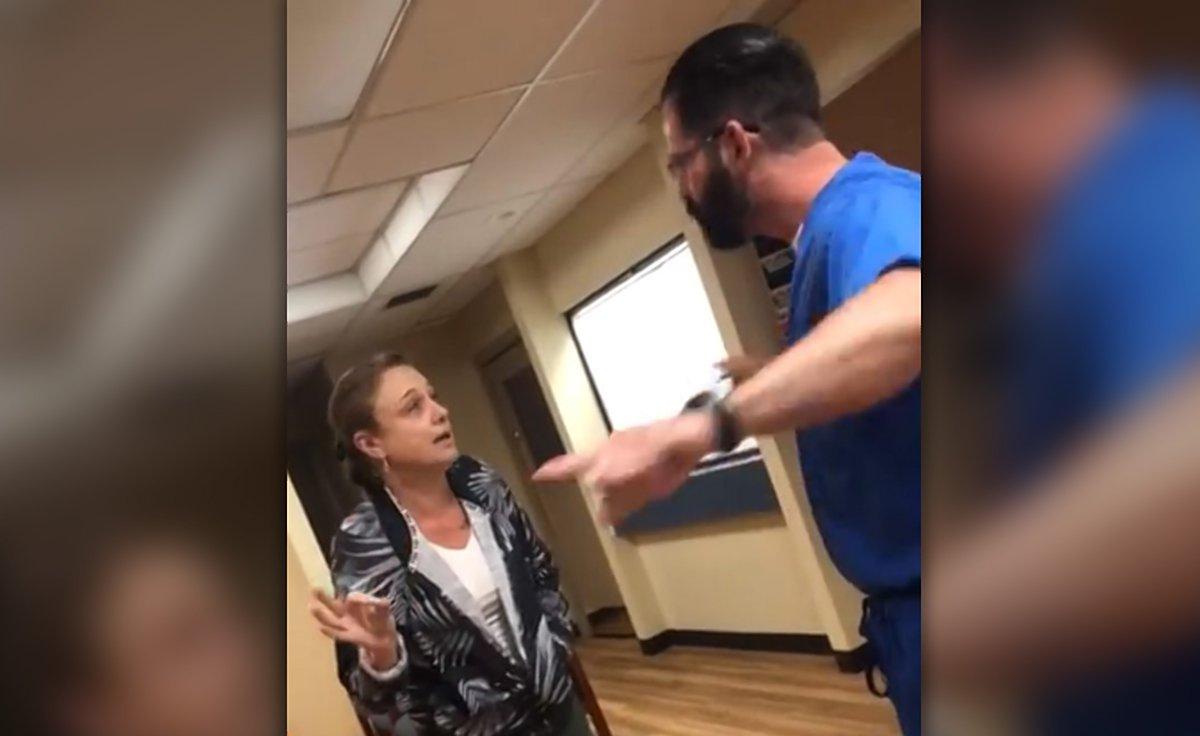 Take poor old Jessica Stipe from Gainesville in the US. She went to the doctor because she was feeling rather ill. Unfortunately for her, she had to wait over an hour before treatment. No wonder she got the shits, asked for a refund and wanted to go home to bed. That’s bloody rough as guts.

Fortunately, she filmed the doctor’s response to her innocent request.  In the video down below, you’ll see the doctor use his ‘not-so-polite voice’ to tell her, in a roundabout way, to piss off.

The video opens as the doctor comes into the waiting room and Stipe tells him she was just asking the people on the counter to tell people who made an appointment they might not be seen in a timely manner. 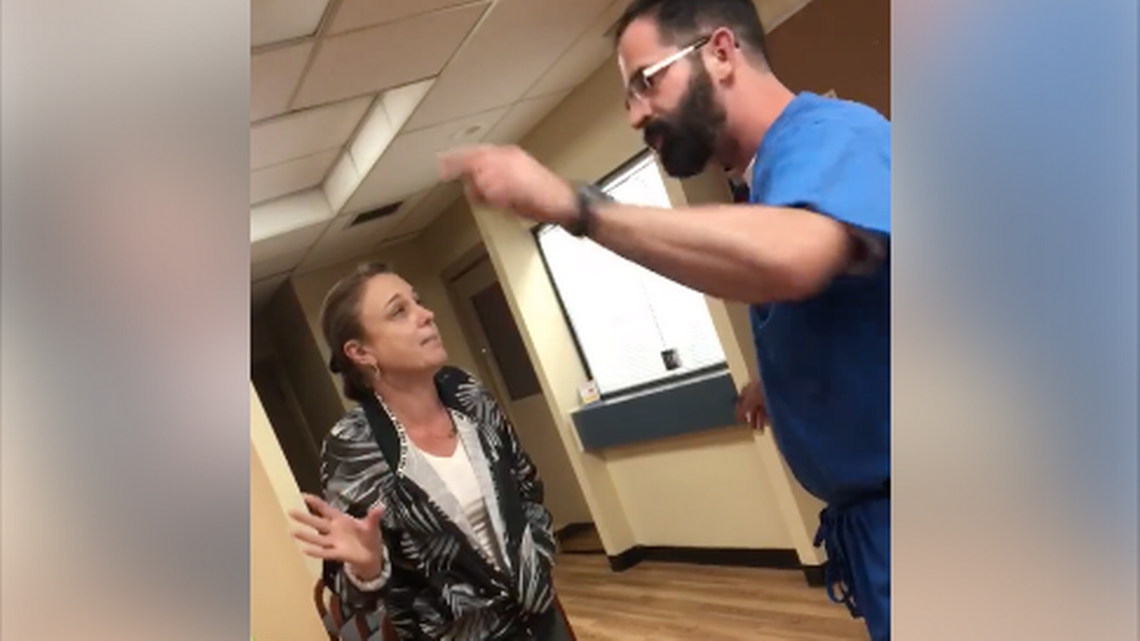 “That’s the door. Don’t let it hit you on the ass.” Credit: Jessica Stipe/Facebook

The doctor isn’t having it though. He tells Stipe – who really should be more of a shiny happy person – that she must be kidding because the waiting room is stacked and they’ve already been working on her.

I dunno, this is one of those videos where everyone kinda comes off looking a bit dodgy, but if they’ve been working on her maybe she’s being unreasonable. I kinda thought long, boring waits were part and parcel of going to the doctor’s.

As the video unfolds you can see the steam slowly start to leak out of the doctor’s ears.  “Do you want to be seen or not?” he asks.

And the response is epic.  “Fine, then get the hell out.  Get your money and get the hell out.”  I dunno, maybe it’s because I like straight-talkers, but that seems like a fair enough option to me. 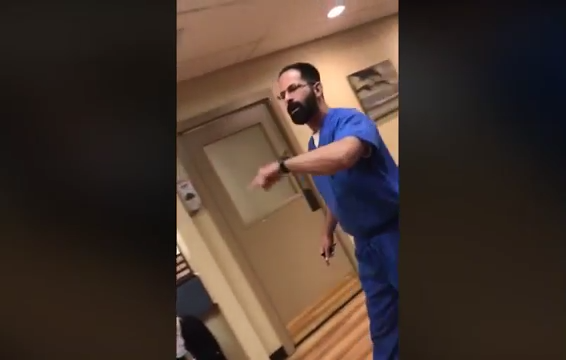 You can watch the video to see how it escalates from there.  Hint: Mr Doctor doesn’t like being told he’s rude, but he’s since posted a comment on YouTube where he explains why he was so frustrated. You can read the whole thing yourself, but he points out that the video you see is heavily edited and misses the entire section where the disgruntled patient had been abusing staff and threatening people. 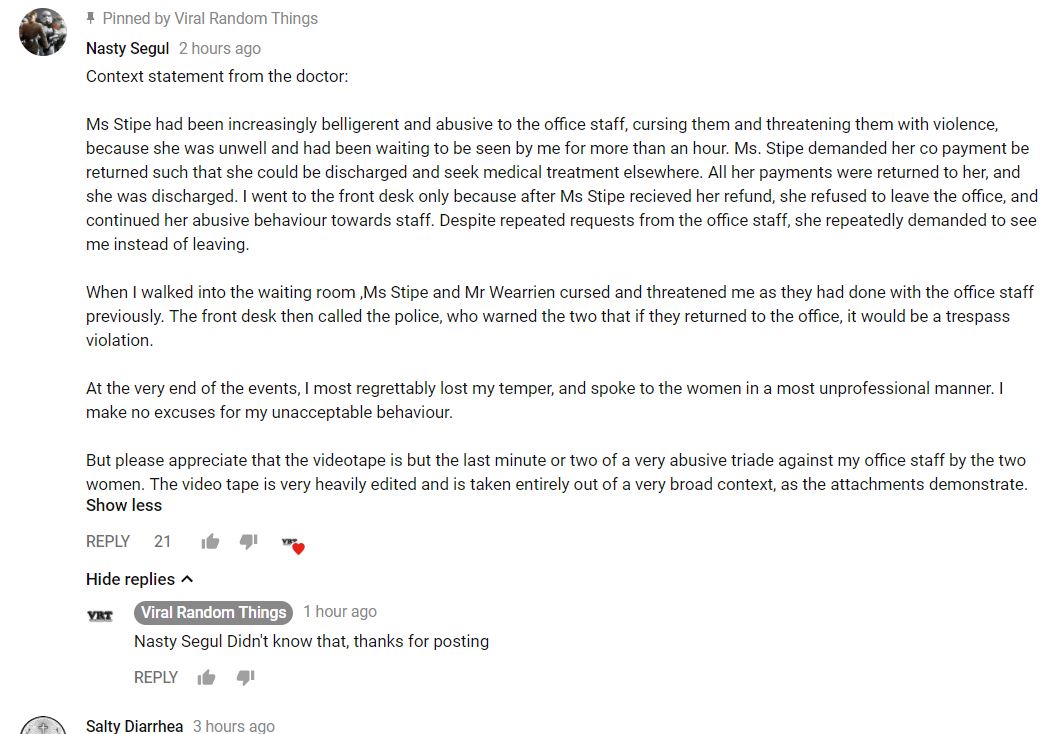 The doctor’s justification. I’m not sure if ‘Nasty Segul’ is his username, but check out the name of the poster directly below it. Credit: YouTube

She was given her refund long before the events of the video but had refused to leave.

As I said, no one really looks great in this, and there’s two sides to every story. I don’t know which one I believe.  What do you reckon?