You know, we’re pretty bloody careful watchdogs here at Ozzy Man Reviews. Some get past us, but we’re on the ball when it comes to knowing trickery when we see it. That’s why reports that this bikini-model’s wardrobe stunt with an investigative elephant have us concerned. We hate to think people are being duped.

Self-proclaimed ‘model’ Francia James recently took a trip to Southern California’s Myrtle Beach Safari Park, where she claims she was accosted by an amorous elephant. Naturally, there are photos and videos showing the alleged ‘incident’ but not everyone’s having it. 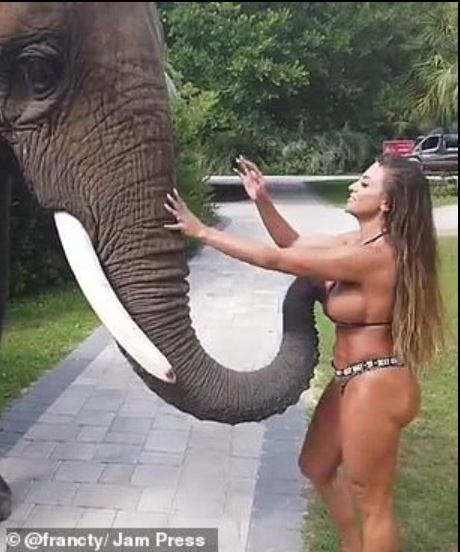 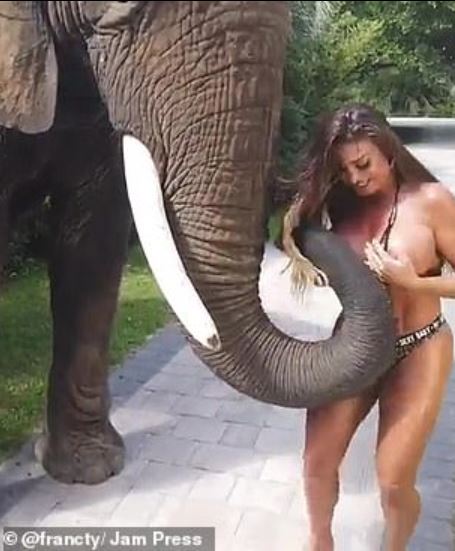 From the footage you can see Francia get right up in the elephant’s business and start giving him a bit of a cuddle. In about two seconds flat, the elephant’s trunk starts wandering and she makes a meal out of trying to get away from him.

Afterwards, she put forward a well-considered assessment of the events:

‘The trunk felt just like a large man’s hand with a high powered vacuum attached!’ 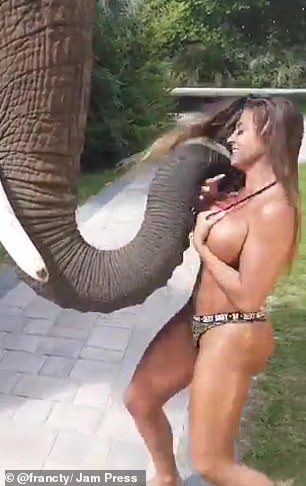 In response, a largely ambivalent internet reaction has seen people wondering why she had to use the elephant to promote her body. Others called the video a ‘fake’ while even more wrote her off as ‘silly.’

Look, we get it. These Instagram models will do anything for likes, and it probably wouldn’t be tremendously difficult to trick an elephant into having a bit of a feel. What do you reckon? Was the elephant set up or was this legit?

By Marc Rowe On