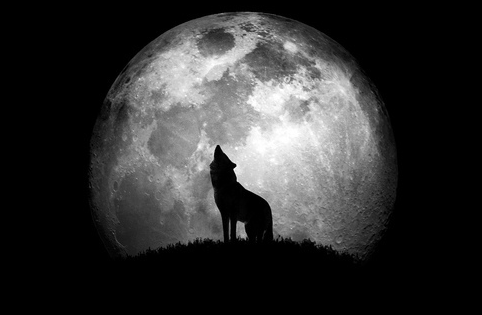 What happens if you put a werewolf on the moon?

The werewolf is undoubtedly the coolest of all the classic monsters. You get the tragic element of a bloke (or blokette) suffering with the strain of a monstrous curse, the irony of the werewolf’s human friends and family trying to hunt down a killer, and of course, the grisly murders racking up as the plot carries on. Fortunately, for monster and victims alike, the curse only strikes under the light of a full moon. Now, using that premise, the internet has tried to answer the logical question: what happens if you put a werewolf on the moon…

After much discussion, with no definitive answer, can someone PLEASE tell me what would happen if we sent a werewolf to the moon?

To be fair, when comedian and film-maker Matthew Highton posed the question on his twitter feed, it wasn’t the first time the question was asked – Reddit having pondered the conundrum before – but he definitely sparked some debate.

After much discussion, with no definitive answer, can someone PLEASE tell me what would happen if we sent a werewolf to the moon?

If direct sunlight doesn’t work, that suggests it’s altered by reflecting off the moon.

I assert that some aspect of the earth also alters the sun-moon-light in a way that can’t be recreated off-earth.

Therefore: no werewolves in space.

Now, we’re gonna assume we don’t have to explain too much of the logic behind this question to those of you out there reading, but obviously, it revolves around the idea of the moon catalysing the change from long-suffering human to murderous monster.

if it were on the moon, the it would be a permanent full moon (it could move a bit each day so it's always in a full moon phase). i'm assuming that said Super-Werewolf wold then be able to harness this power to invade and take over the Earth.

Anyway, as you can imagine, people had all sorts of wild theories. Some thought that the proximity of the moon would create a super werewolf; others thought the moon itself would have no effect as the change was all about the sun’s light reflecting off the moon.

This was my theory – it would be a massive Werewolf capable of biting the Earth into two pieces.

Others thought the answer would depend whereabouts on the moon the wolf was hiding. If it were on the dark side, man; if it was on the light side, werewolf.

They’re specifically transformed by the light of the full moon, no? In space it’s always a full moon on the part of the moon light is reflecting off, so it should be werewolf until moved to the dark side of the moon and thereafter human.

Some tried to science out the answer, while Brian Cox at NASA decided he’d take a theoretical discussion literally. Thanks Brian.

It would die without a spacesuit.

Final thought: At the end of the day, hypotheticals like this are the kinds of questions that stoners and nerds everywhere bloody love. We’re going with all werewolf all the time. What do you reckon?

Also, Halloween might be over, but it’s always a good time to watch a werewolf movie. Have you seen these?