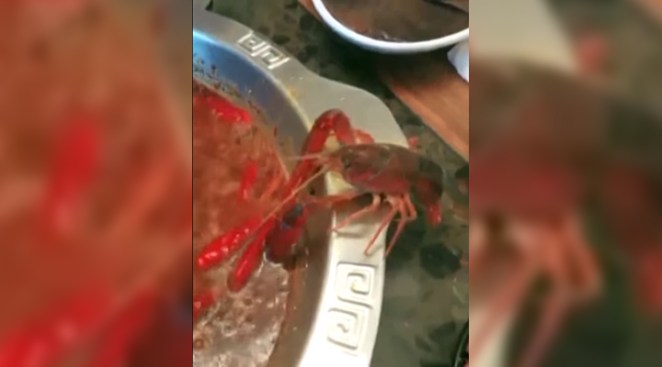 You may have heard the story of Aron Ralston, the dude who chopped his own arm off to avoid dying underneath a boulder, and you may have heard mates joke that they thought they’d have to chop their arm off to escape the ugly sheila’s place the morning after a night out; well, this crayfish has a similar story…

How would you feel if you were sitting down to enjoy a nice meal of fresh crayfish and one of the little b*stards amputated his own claw in a desperate bid for freedom? Some people would be torn. They might think it cute that the little bugger wants to survive. Some people would chuck him back in the mix and let him broil. 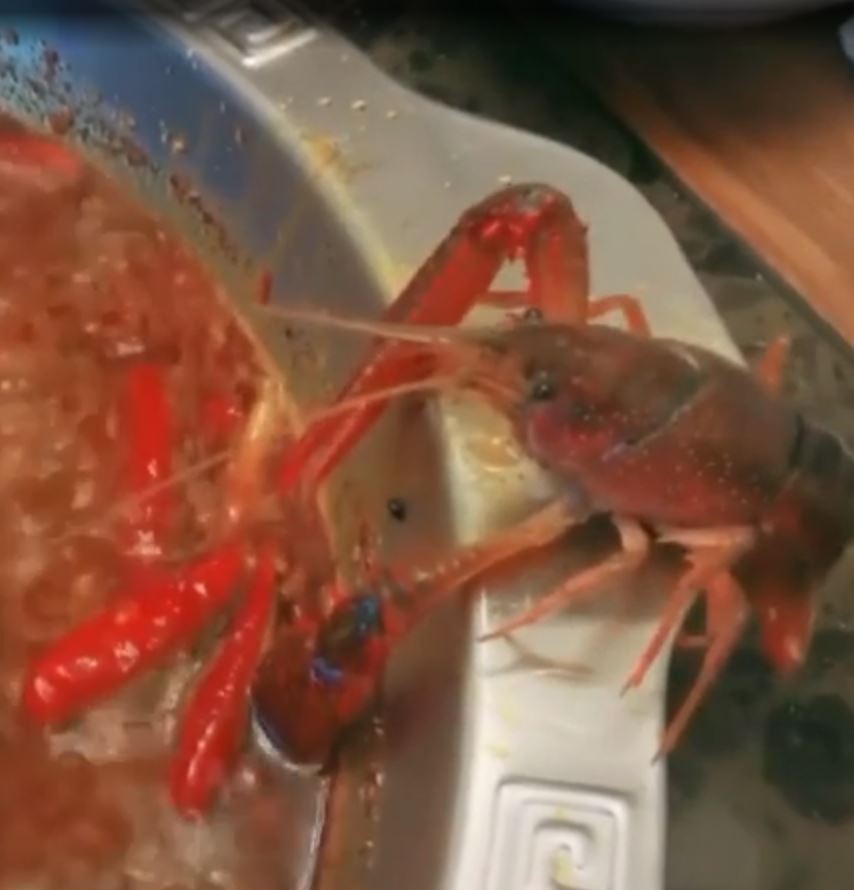 Bit hot in there. Credit: Weibo

Luckily for the crayfish in today’s video, the guy whose dinner he escaped from took pity on him and took him home where he could raise him like Pinchy in The Simpsons. One minute, the plucky little tyke was stewing away amongst hot chillies and the cooked remains of his friends and family, the next he’s up and over the lip of the bowl.

As you’ll see in the video, the only thing stopping him from escaping is the fact his claw is bloody cactus. It looks like it’s taken a bit too much heat and has metamorphosed into something delicious and tasty. That’s not gonna stop him though. In Ralston-esque fashion, he’s like yeah-nah, the claw’s gotta go. Just like that, he makes the executive decision. He goes to work with his one good hand and f**ken amputates! 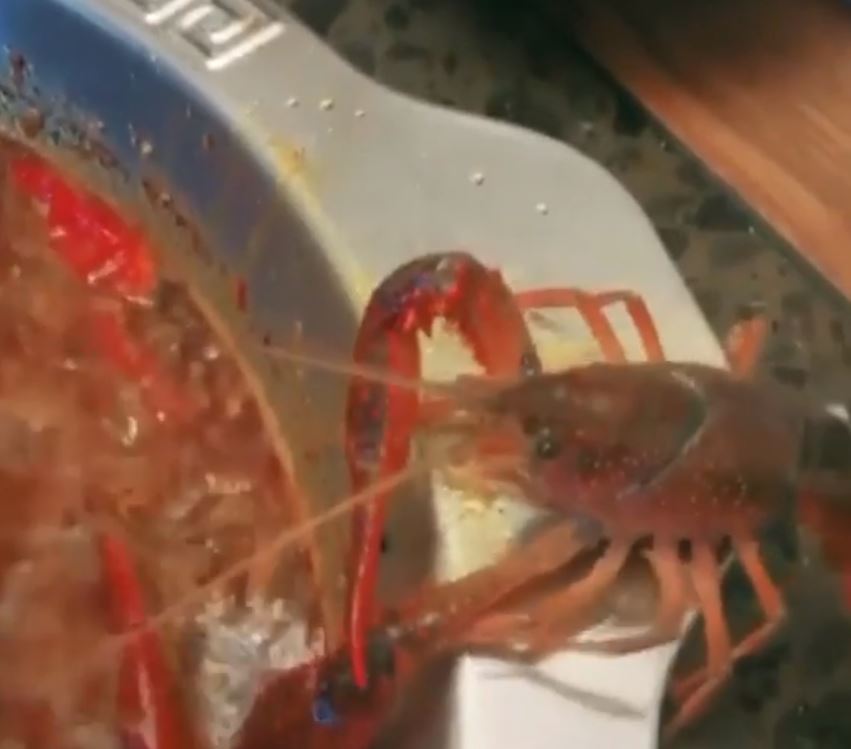 Cut my life into pieces! This is my last resort! Credit: Weibo

Seriously though, the little prick can probably thank people’s weird-as-f**k penchant for photographing their food before they eat it these days. You can just imagine the pep talk in the aquarium. “Many of us will die today. Many of us will be gorged upon. Many of us will know the true meaning of hell! But there is one hope: if you end up going to the table where the couple are eating, struggle for the edge of the bowl. The girl will want to take photos before she allows the human to eat. That’s when you make your break!”

Seemed to work for this little b*stard. 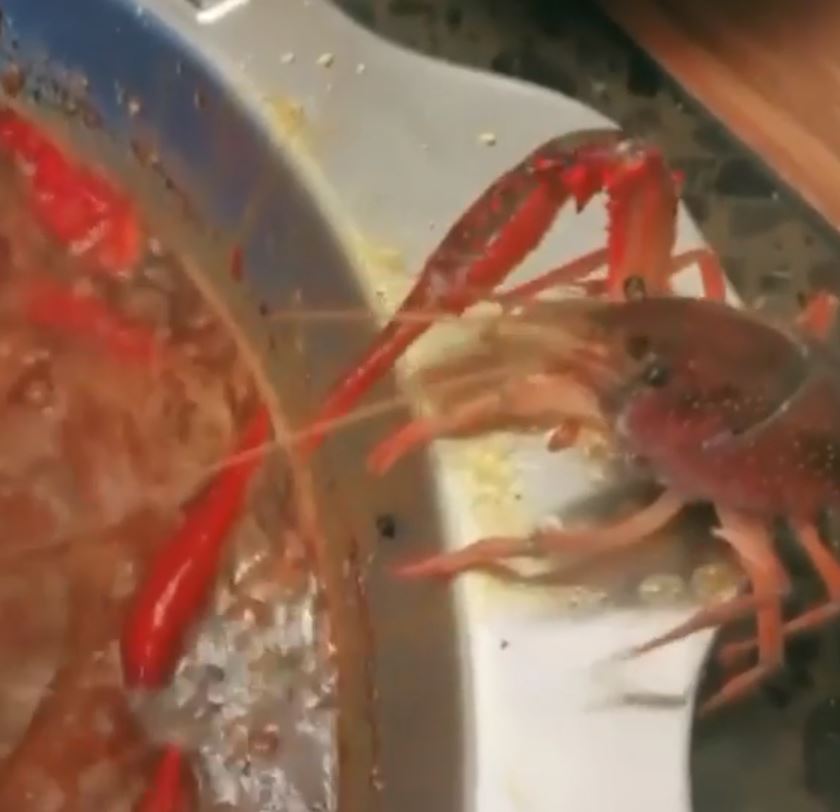 Final thought: If you don’t want your food escaping, you really have to pick a restaurant you can trust to cook it properly. Oh well, the guy whose dinner crawled away has a new pet. It could be the start of a beautiful friendship. Or he could be fattening it up. Who knows?

We reckon it’s a fair bet that if you had to picture a deer, you’d picture a fairly graceful looking animal. It’d have a nice plush coat, a meek manner and a woodland aesthetic that’d put it right at home with the pix...