Police release dashcam footage of T-Rex running down the street

It’s no secret that the boys and girls in blue see tonnes of strange sights while they’re patrolling the streets and keeping us all safe from criminals. Still, a video released by Plymouth Police in Pommyland reveals one of the strangest sights any copper is likely to see. No word of a lie, these legends have come across a free-roaming T-Rex as it sprints across the road…

No word of a lie, we’re not tickling your tentacle here. Bloody Brits loves a good cryptid, and these cops have unveiled what might be the find of the century. Nah, yeah, you can forget the Loch Ness Monster, the Bat Beast of Kent and the Pig-Man of Cannock Chase, this bloody T-Rex is on video released by the authorities. 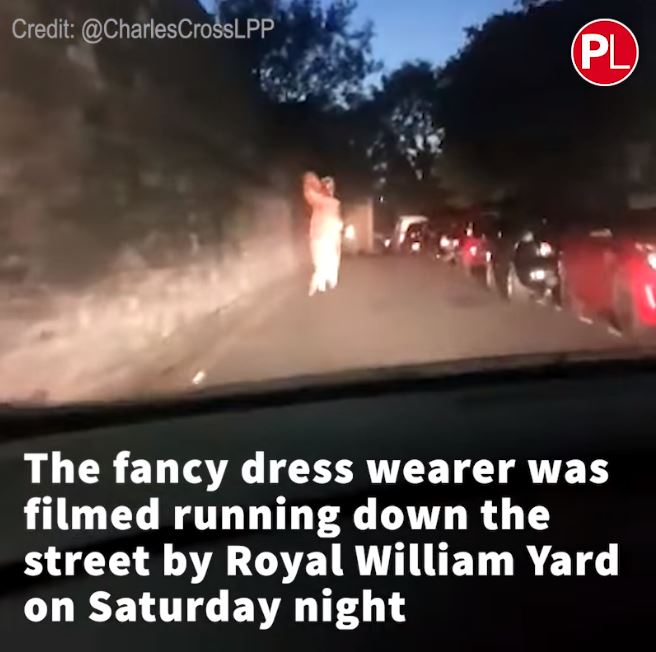 And, yeah, all right, we did say we wouldn’t tickle your tentacle, but we never promised not to noogie your noggin, and we might have not told you the whole truth. In the vid, you’ll see what we mean: a couple of laughing police officers have found themselves caught behind someone in a T-Rex costume as they piss-bolt up the road. 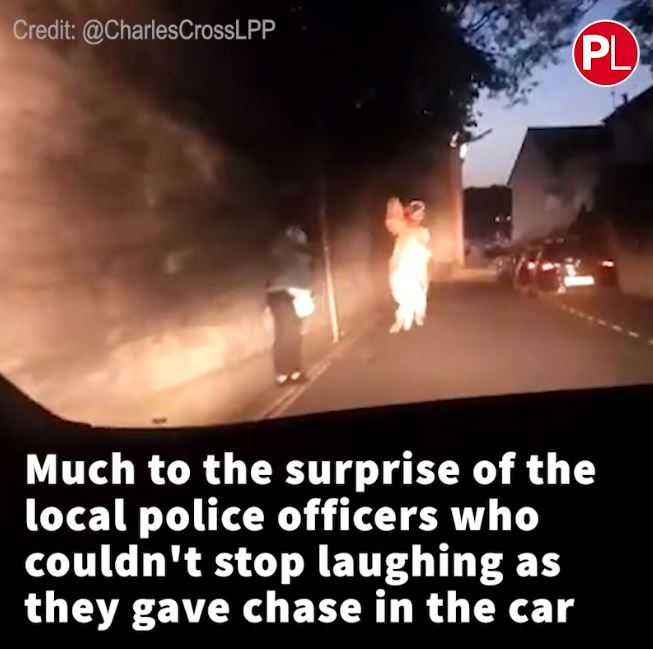 Now, you’ll hear one of the cops comment on the bloody thing’s speed and say, “Makes you wonder how they became extinct.” We’re inclined to agree. Whoever’s in that costume has got some serious pace.

Anyway, they uploaded the video to the Charles Cross Policing Team’s Facebook page where it’s been a big hit. We’re still not sure whether the person in the suit was actually doing anything wrong or whether they were just out for an evening run, but the police who filmed the video definitely saw the funny side of things. 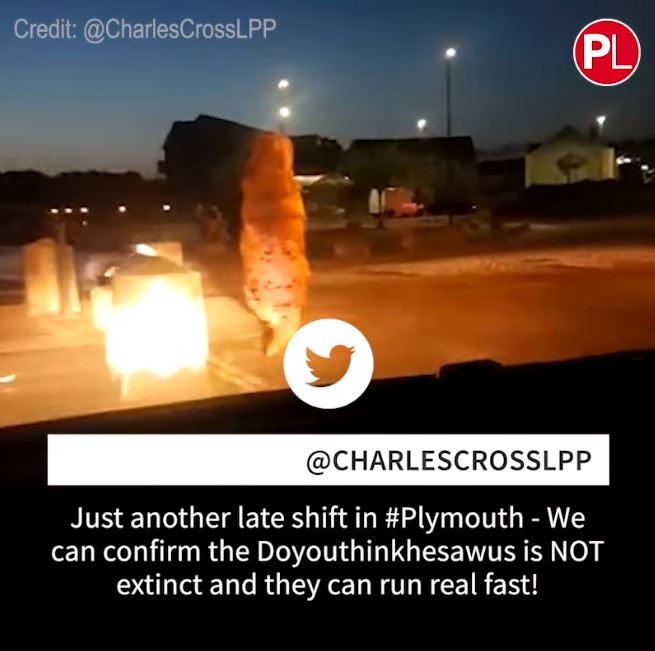 You can’t blame ‘em though, can you? Who wouldn’t love to see this?

Final thought: As we mentioned right at the start, the cops must see all sorts of hilarious stuff while they’re out and about, but that doesn’t mean they’ve got a monopoly on it. We reckon some of you blokes and blokettes have seen some s**t too. Let us know about it in the Facebook comments.

Look, seeing as this Halloween is clearly going to be chock-a-f**ken-block with Jokers, we reckon this bloody story is pretty timely. As you’re aware, the Joker’s been a bit of a Halloween staple since long before Led...

If there’s one thing people who’ve been on the internet are familiar with, it’s the idea of quitting your job in a ‘humorous’ or outlandish way. We’ve never seen it happen in real life, but we assume it’s a lot more u...