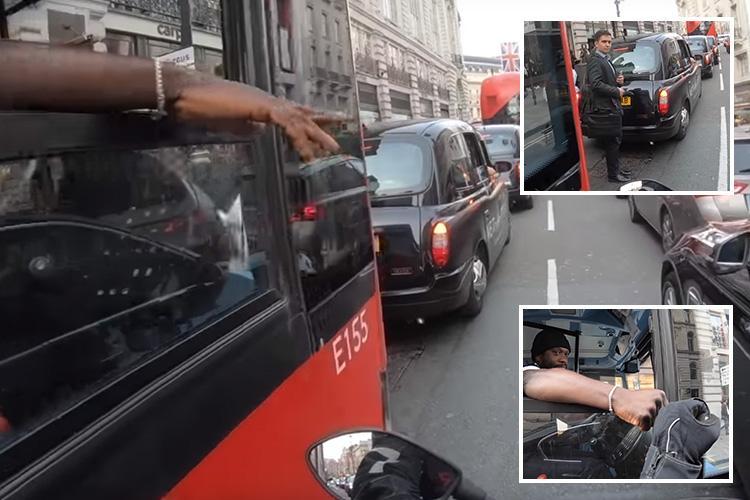 Imagine what it’s like to be cruising through city traffic on your moped in London. You’re weaving out of one lane and into the next, you’re passing buses and taxis, pedestrians are waiting playing real-life frogger and a laid-back as f**k bus driver stops you from riding headlong into one of them. That’s the story of the video down below. Check it out.

Yeah, so, Royal Jordanian is a bloke who rides around London on his moped, records it and uploads it to YouTube. It’s not exactly satirical narration of Japanese sheilas sliding down icy stairs, but there’s a place for it, there’s no denying that.

Anyway, on this particularly fateful day, his route would be significant because it would feature the birth of a hero. Yes, years from now, feature films will look back on this video and they will ask the question, just how did this bus-driver become so relaxed? Among their theories will be the classics: a nuclear explosion in his nursery, radioactive goo in the eyes, and the tried and test bite from a cool-as-f**k spider. Most people would be like, F**KEN HELL, STOP YA MAD B*STARD, YOU NEARLY KILLED SOMEONE, even though he was really not in any danger of that. I’m pretty confident the pedestrian would have looked right. Nevertheless, CoolasF**kBusDriver-Man didn’t need to panic like that. Once the Royal Jordanian stopped, the bus-driver gave him a knowing look and a fist-bump to say. “Got your back, Broseph.” Final thought: It was all a bit of a non-event really, but who knows how bad it could have been without the almost supernatural coolness of CoolasF**kBusDriver-Man. Thankfully with him on the case, we’ll never need to find out. Good work, bloke!

If there’s one thing most of us can get behind, it’s the universal gripe that the average worker slaves their arse off to make someone else bloody rich. In plenty of cases, they’re doing that for wages that are less t...