These bloody videos of tradies and builders smashing s**t up after the customer ‘refuses’ to pay seem to be pretty bloody popular at the moment, and that’s why we’re not surprised we’ve got another one for you here. And we’ve gotta be honest: on the face of it, these have a ring of nobility and justice about them. Despite that, we reckon there’s always two sides to the story, and this one really exemplifies that. Anyway, let’s have a squiz.

OK, so basically, what we’ve got in our footage here is a p**sed-off contractor taking a sledgehammer to the shower he’s installed. Speaking in nothing but observations here, he looks mighty disgruntled, and when he confronts the woman filming, he says, “Let me tell you something. No contractor in the state of Colorado will fix that when they find out that I took it back because you refused to pay me.” 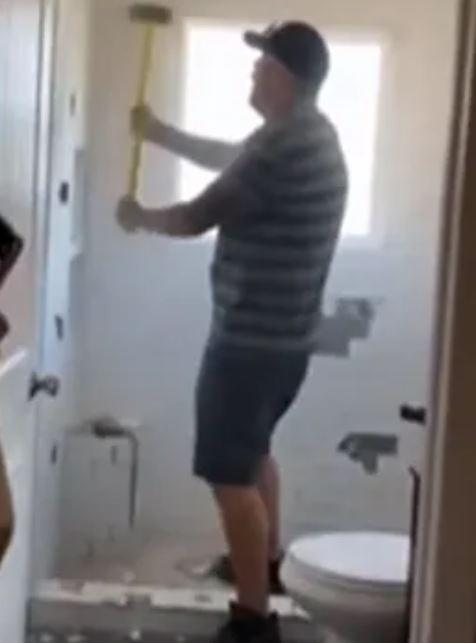 And this is where we’re gonna veer away from the basic events and talk about the optics of this, because, we’re bloody mental if we don’t consider some of this. For a start, regardless of the circumstances and the ‘discussion,’ the blokes who do this s**t never really seem to be the level-headed type.

Yeah, nah, we don’t mean to be offensive, we’re just calling it as we see it. Second of all, there’s something a bit f**ken ‘yeah-nah’ about a bloke – a big bloke – with power tools and a sledgehammer destroying s**t and standing over women while aggressively telling them, in roundabout words that they deserve it.

Yeah, just don’t be that guy. You’re never gonna come off looking good, and it won’t fix anything. Nah, it’s a bit s**t. And here’s the kicker, even if the customer has refused to pay, which on this occasion is debatable, there are other ways, legal ways, of handling  this s**t. You know, like courts and debt collectors. 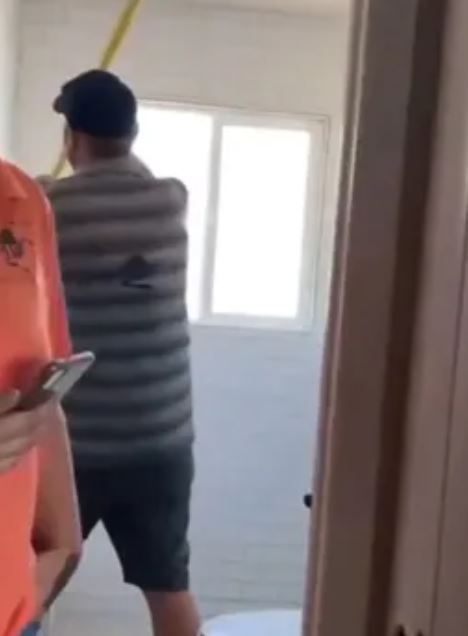 They’re not ideal, but we reckon there’s a pretty f**ken big difference between returning rubbish you’ve collected and dropping it off in the front yard after not receiving fair recompense and f**ken smashing s**t inside their house.

Anyway, for what it’s worth, the customer, Amber Trucke, has invoices and receipts showing some financial transactions have been made, and claims she had put a down-payment in already, but wanted the job complete before finalising things and watching the company disappear forever.

“I wanted to be wowed, and I wasn’t wowed,” Trucke told KRDO. “But I knew he was coming back Friday to clean things up, and I figured maybe I’d be more impressed then. So, I was not going to pay them until I saw the actual finished product.” And, to be fair, that’s not unusual.

The company obviously disputes this, saying, “We regret that this contract went sour. It has never happened before and is not something that is made regular practice. There was several other projects included in the contract that she is also unwilling to pay for, including a vanity, mirror, light fixture, 2 ceiling fans, plumbing work, fixing rotten framing in her walls, and an exterior door replacement.” 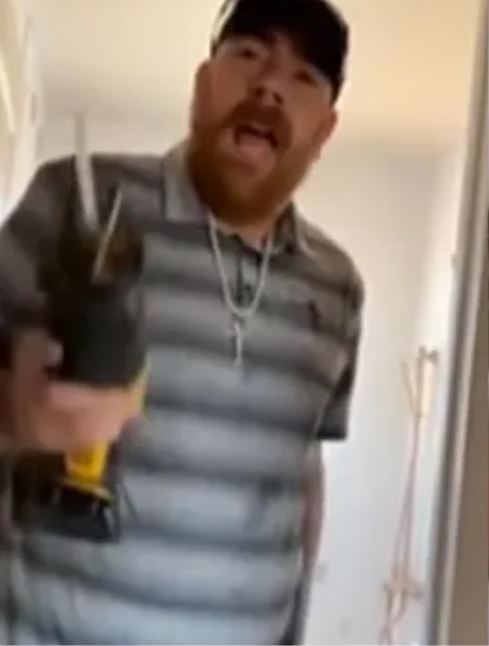 Finally, though, as Trucke points out, “This was more than just trashing my bathroom. My sense of safety is gone.” And that’s exactly the issue.

Final thought: Yeah, look, we understand the customer is no angel here. Far from it. By the sounds of things, she’s probably pretty frustrating, but come on, humanity, aren’t we f**ken better than this. Let us know what you think in the Facebook comments section!

Just in case you missed it, here’s one of Ozzy’s latest videos…Ozzy Man Reviews: SHAVING ME HEAD