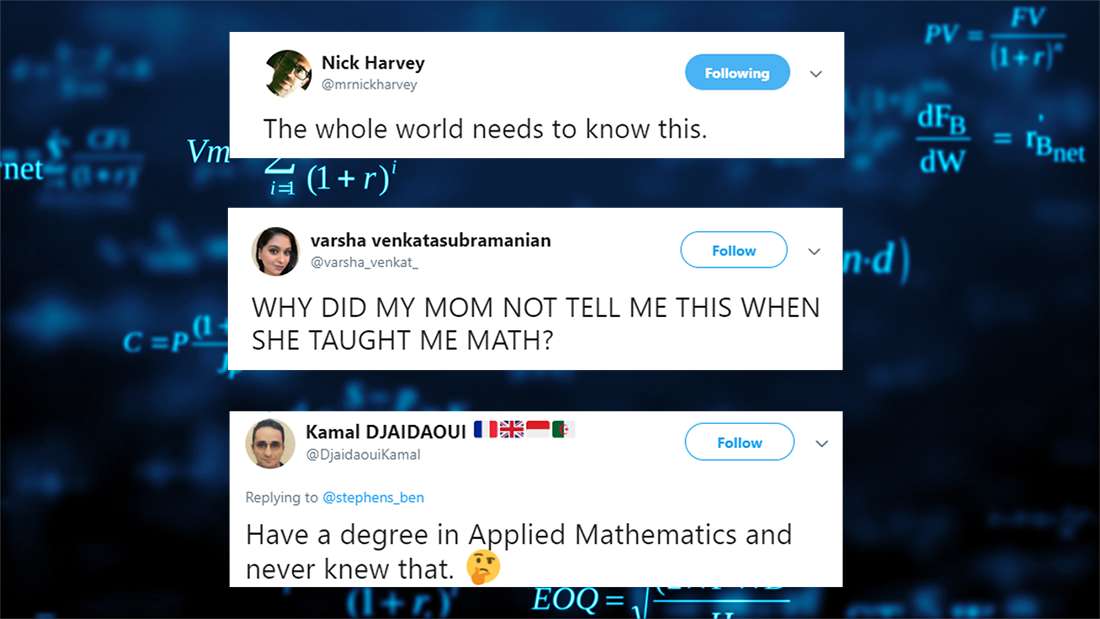 Viral math hack has everyone asking “Why the f*** weren’t we taught this in school?”

Whether you call it math, maths, arithmetic, or numeracy, it’s no secret that mathematics sucks a fat one. It really does. And that’s probably why people are always looking for ways to excel at maths without actually doing any of the work. Back in my day, we just looked at the back of the textbook and got the answers out of there, but these days, the cool kids are using calculators to work out their sums, subtractions, divisions and algebraic equations. It’d probably be heaps easier if they knew this, though… 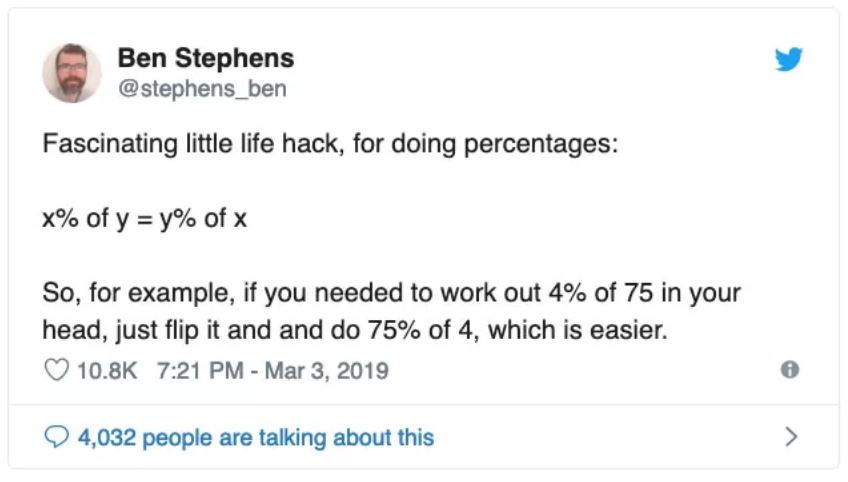 So, according to these tweets, working out the percentage of something is as simple as just flipping the numbers around. To be completely honest, we don’t get it, but apparently, if you need to work out a percentage, you don’t have to do it on your fingers. 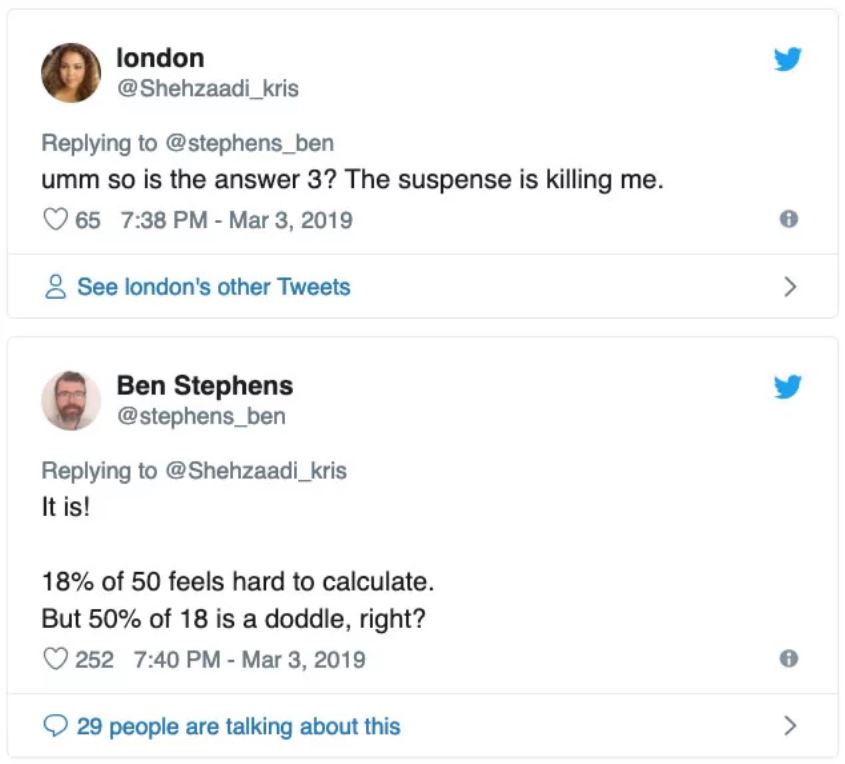 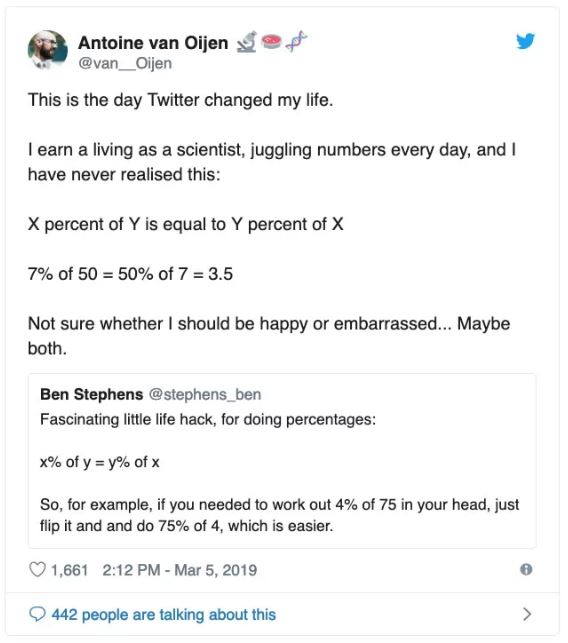 The example given in the first of these tweets is 4% of 75. Apparently, you just do 75% of 4 instead and that’ll give you the answer. This is obviously f**ken brilliant. On the other side of the coin, to our high school maths teachers, where the f**k were you on that one, dips**ts? 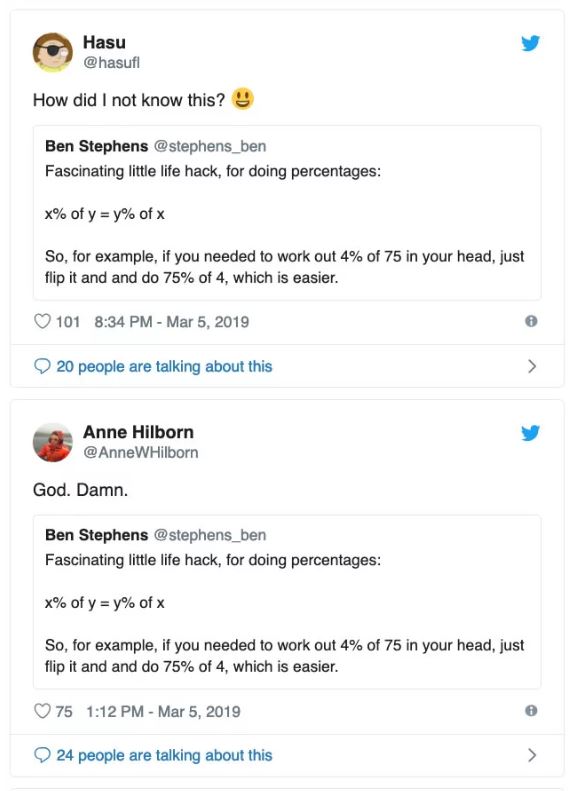 Having said that, we’re not totally sure that it works for all numbers, and we did consider working it out for you. Then we remembered we have a point to prove. After high school, we swore we’d never need maths again. We’re sticking to that. So, really, the short answer is we’ve finished high school and don’t really care if this works or not. 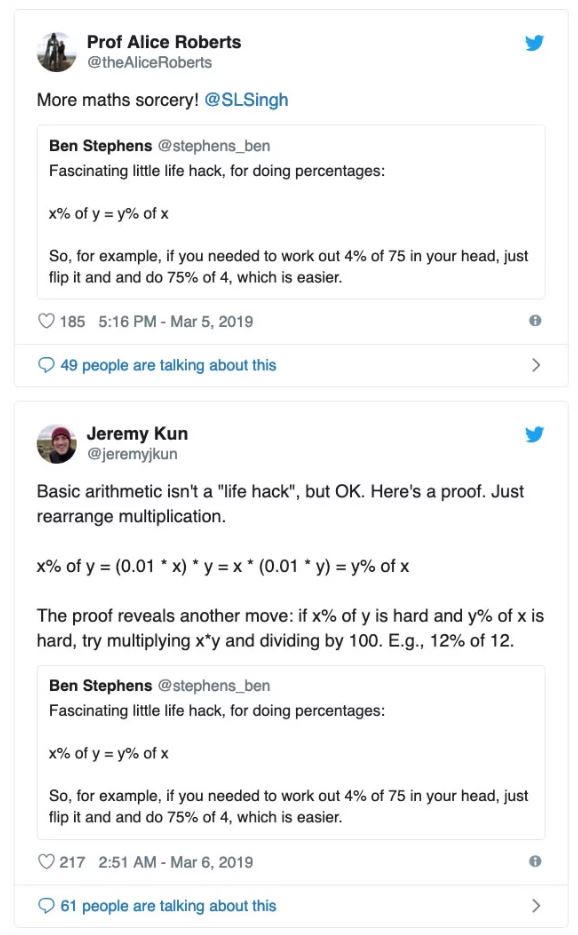 GGGAAAHHHHHHHHH EVERY TEACHER I EVER HAS FAILED ME, AND I DON'T MEAN MY GRADES

My calculator just blew up

Whoa…I teach Maths at primary level and had never realised this.
50% blown away/50% going DOH! pic.twitter.com/4yhxgFSgDq

Have a degree in Applied Mathematics and never knew that. 🤔

It is a rational equation, but not having thought about it in the first place…well let’s say I don’t feel as the most clever person in the room right now. 😀

If you are stuck in a high school maths class, you probably shouldn’t be reading this filth, but feel free to try it. If it works, you can buy us a beer later. 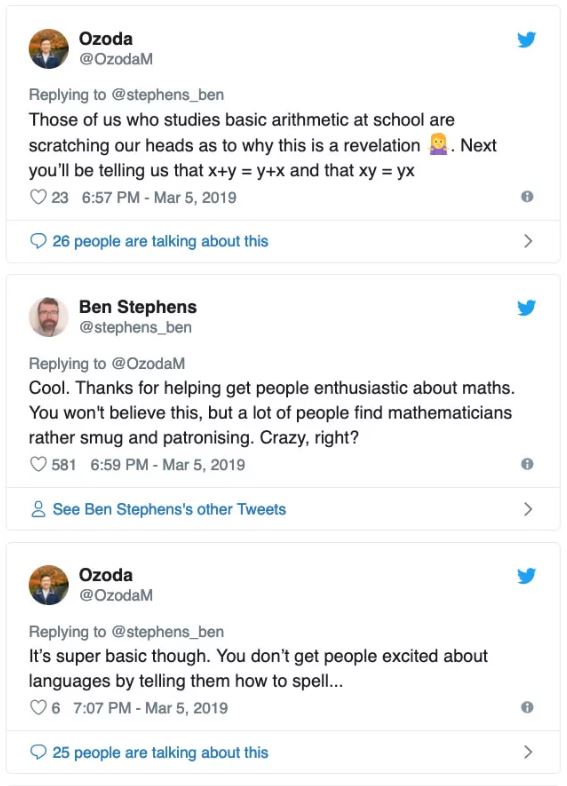 Final thought: As you can tell from all the tweets, this one really did get people talking. Let us know if it works in the comments. F**k, let all the other dudes still needing maths know about any other maths hacks you’ve got. Our favourite was typing 58008 into the calculator, turning it upside down and guffawing loudly. What’s yours?