Rightio, ya big bloody legends, good to be back. Today, we’re talking about the thick ass starfish. If you’re not aware of this freshly internet famous invertebrate, you’ve clearly been living under a rock for the last few days, but we’re to help. Thicc Ass Starfish has gone viral thanks in part to the junk in its trunk. Of course, it doesn’t hurt that the creature really looks like Patrick from Spongebob. Together, these things make for one famous starfish!

All right, so we’re gonna take you back a little bit to get you started.

A few days ago, @Babyshoujo, a Twitter sheila went for a nice pleasant trip to the aquarium.

Upon coming face to face with the starfish enclosure, she was like, ‘Damn! That starfish has got some buns!’ 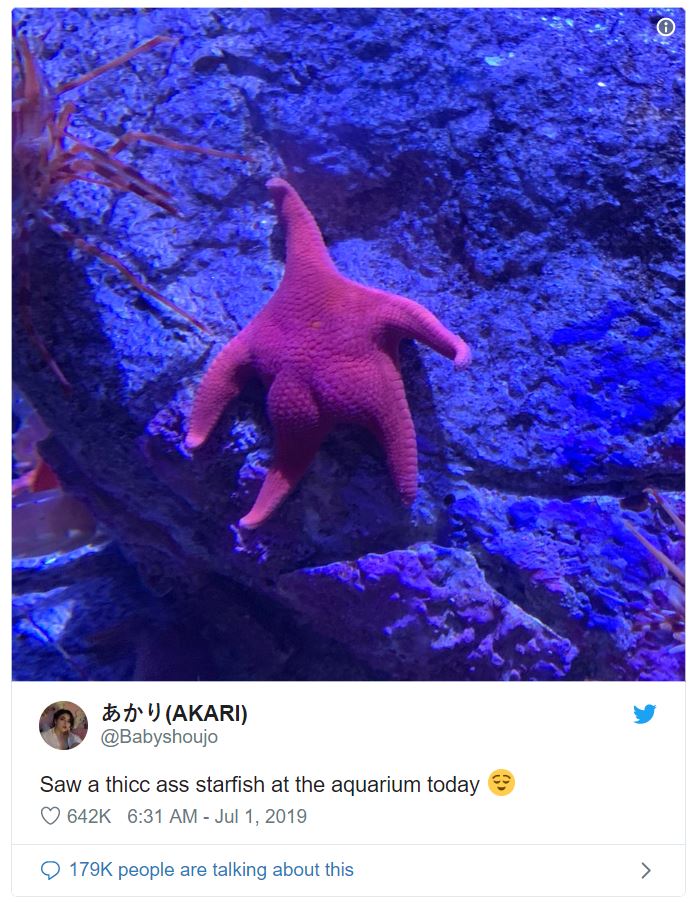 With all due haste, she made the little bugger internet famous. Naturally, with the internet being what it is, the photo was circulated faster than koala chlamydia. People were bloody stoked with the starfish and were quick to point out that it looked exactly like Patrick from Spongebob Squarepants. Obviously, it didn’t take people long to point out that Patrick’s known for his arse too. 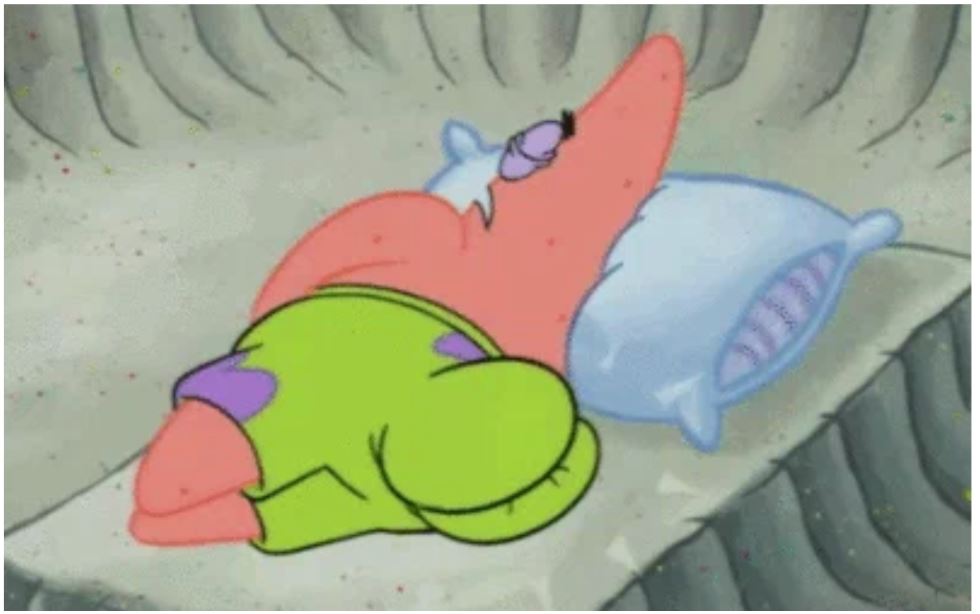 Unfortunately, Thicc Ass Starfish’s rather cheeky pose was down to good timing rather than an excellent regime of squats and lunges. Nate Jaros, the curator of fish and invertebrates at the aquarium, told USA Today that:

“Sea stars are actually invertebrates or animals without backbones and not fish despite people commonly referring to them as ‘starfish’. In this photo, the sea star is on a vertical rock face with two of its arms holding the rock and two arms hanging in a relaxed position. Sea stars sometimes relax their arms such as when they are eating. Since the sea star is oriented vertically, gravity is causing its internal components to slump.” 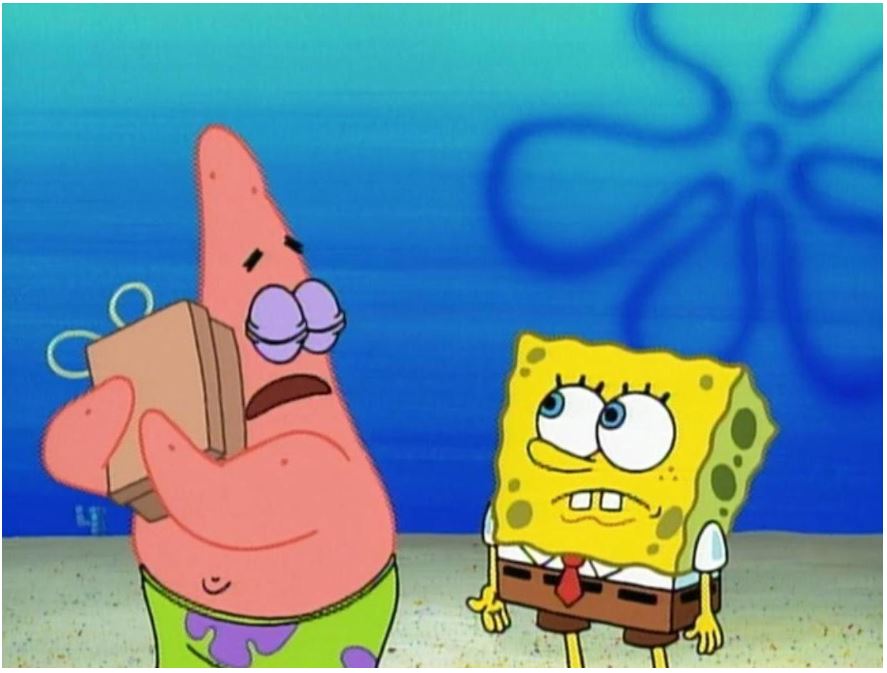 Science: destroying everyone’s fantasies since the days of Copernicus.

Final thought: Look, all we’re gonna say here is that it’s just like the science guy to come in and ruin everyone’s fun. We’re not gonna smack-talk Thicc Ass Starfish’s magnificent butt. Yeah, nah, we’re just gonna wait for you blokes and blokettes to load the comments section up with your best Thicc Ass Starfish memes.