We f**ken love the John Wick movies here at Ozzy Man Reviews. They’ve got Keanu, they’ve got crazy over-the-bloody-top action and they’ve got tonnes of awesome characters to flesh out the plot.

In the latest installment, one of those characters, Sofia, is played by none other than Halle Berry.

That’s not all, though. We just mentioned the awesome action sequences, but part of their aesthetic appeal comes from the fact the actors don’t just run around with guns pretending to shoot each other. Ok, well, they do, but they do it realistically thanks to tactical weapons training… 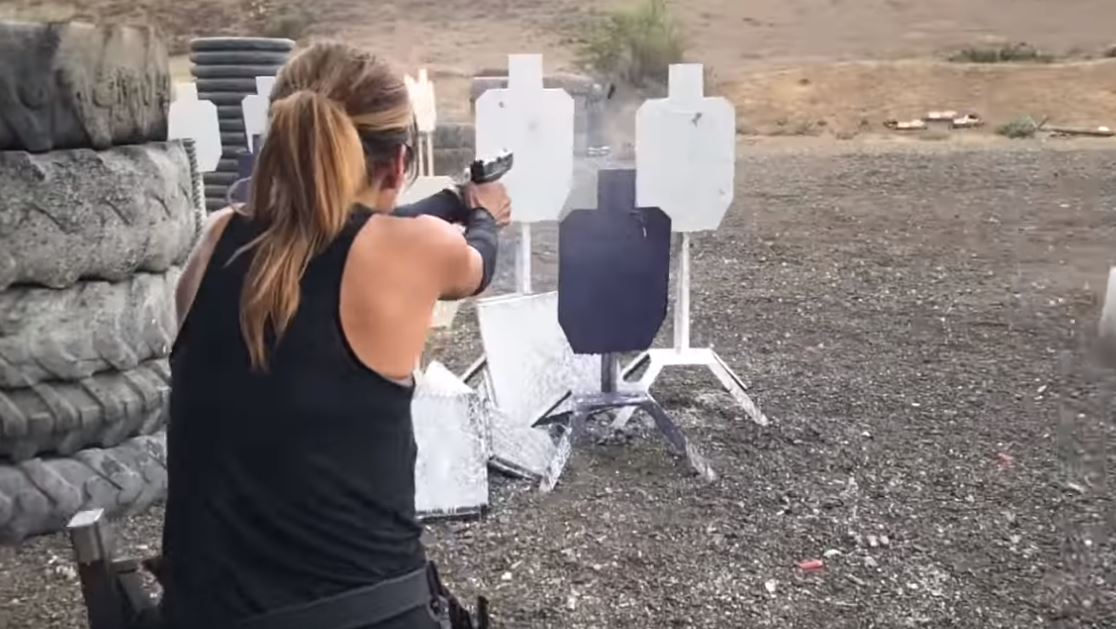 That’s a pretty bloody awesome thing, because having actors look like they know what they’re actually doing is an integral part of immersing you in the story. In some of these ridiculously violent movies, that’s a key factor. 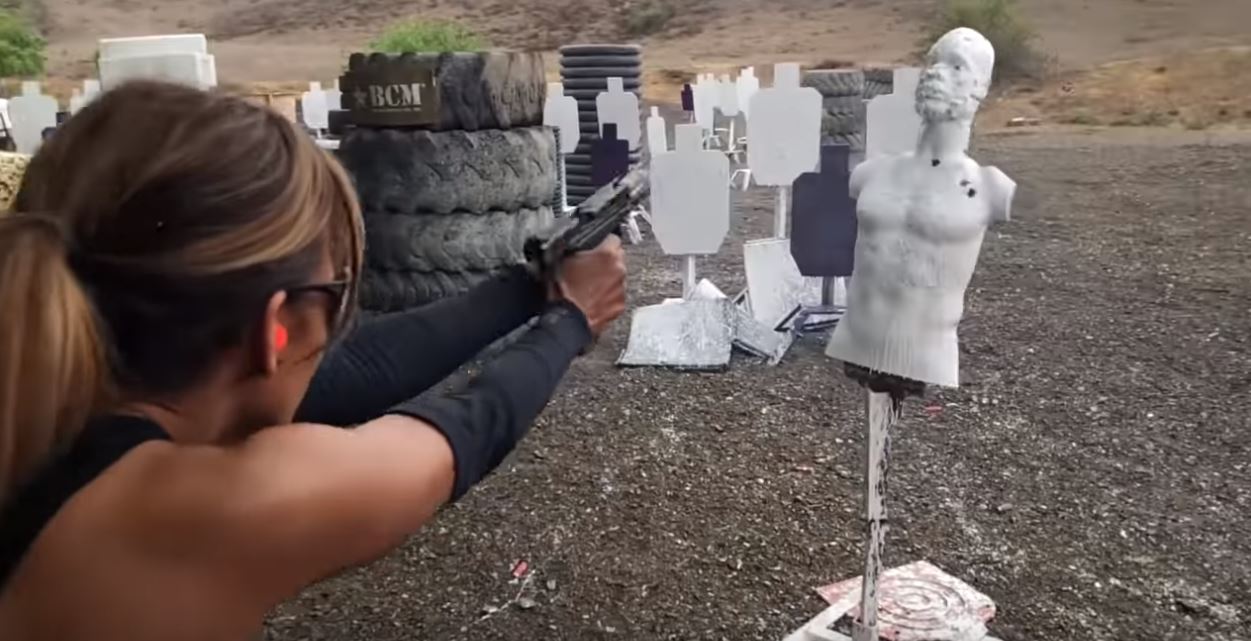 When it comes to Halle Berry, a recent video released by Taran Tactical – who seem to be providing the training – shows that she looks like she’d be pretty handy in a real gun-fight. Of course, we say that as know-nothing Ozzies who can barely tell a water-pistol from a cap gun, so if any of you yanks in the comments want to have a f**ken whinge, please correct us. That’d be great. 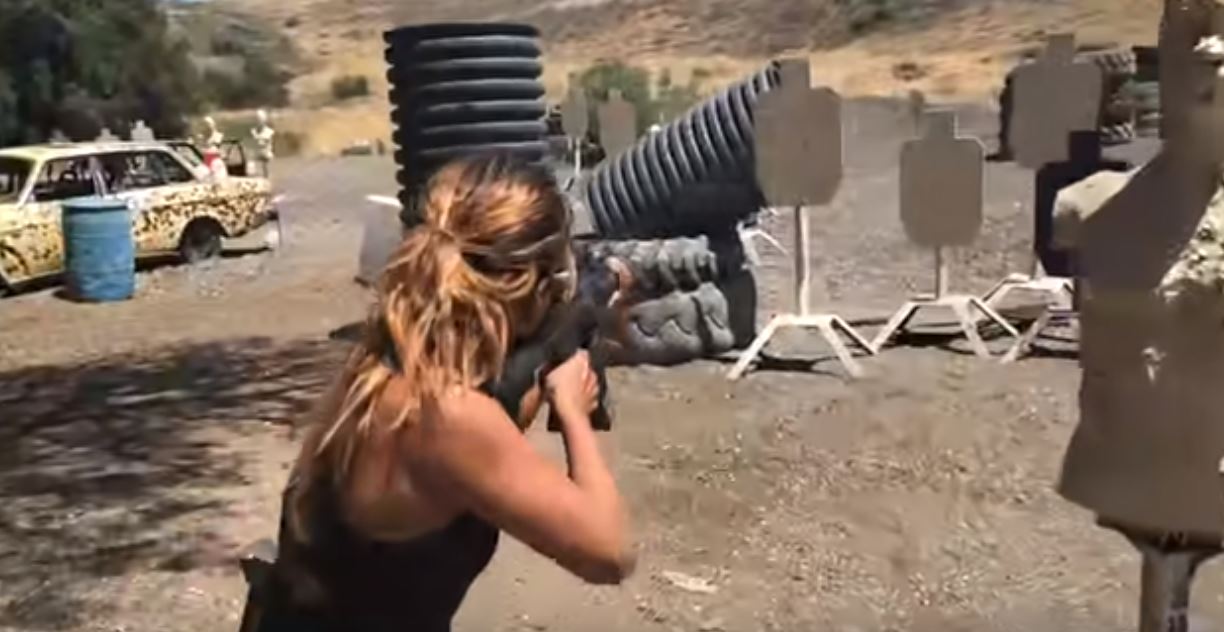 Anyway, Berry runs around with a gun while mad stylised slow-mo effects increase the drama. As she runs, she looks at a few targets and she’s all like, “Yeah, nah, f**k you, vaguely human-shaped target!” as she snaps a round off. Then she lines up a few and she’s like, “F**k me? Nah, f**k you blokes! Double-tap! Double-tap! Double-tap, Motherf**kers! Also, check out my change of outfit and tell your friends to get some of this s**t! Double-tap for you too, pindick!” 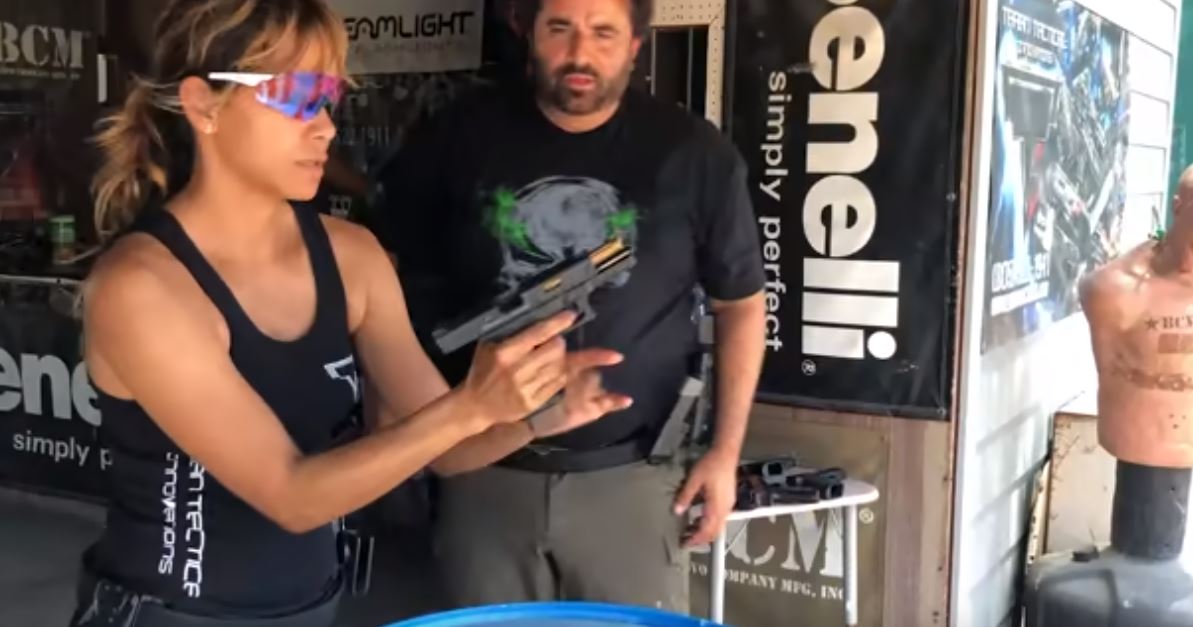 Anyway, as you can see, she’s having a whale of a time and despite the fact we’re Ozzy and the chances of us ever being involved in a gun-fight are on the less likely end of the slim to f**k-all scale, we’d definitely want her on our side.

Final thought: Jokes aside, you’ve gotta love the commitment movies and actors have to ensuring their make-believe hijinks looks super f**ken realistic on the screen. Also, considering how quick people are to petition rewrites of s**t they don’t like, it’s pretty important. There’s bound to be at least one loser who’ll comment that she’d actually be rubbish with a real gun.

As if it matters.

She can do way more damage with a car anyway.