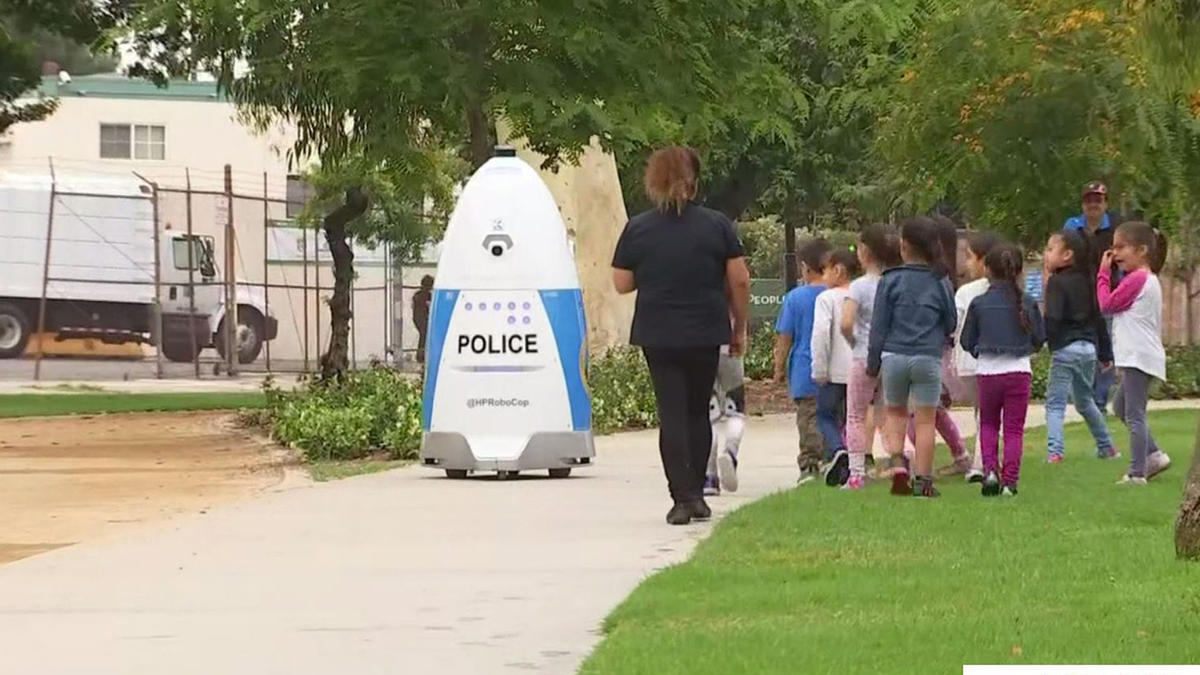 We’re frequently talking about the fact we’re already living in a world that plenty of science-fiction fans from back in the day would think of as a dystopia. And, to be honest, it’s not all bad. We’ve got pretty good internet and we’re all nice and complacent about our role in society. Matter of fact, some of the things our authoritarian overlords keep rolling out are actually kind of funny. Take California’s RoboCop for example. Somehow named after the famous-as-f**k movie without incurring any copyright infringements, it turns out the electronic officer is pretty bloody useless…

You may remember that a little while ago when this thing was announced, it was hoped it would be a major addition to the Huntington Park police-team.

At the time, City manager Ricardo Reyes said, “HP RoboCop’s capabilities are extremely impressive. In particular its ability to use its microphone to deter criminal activity and its mobility to patrol large open spaces.” 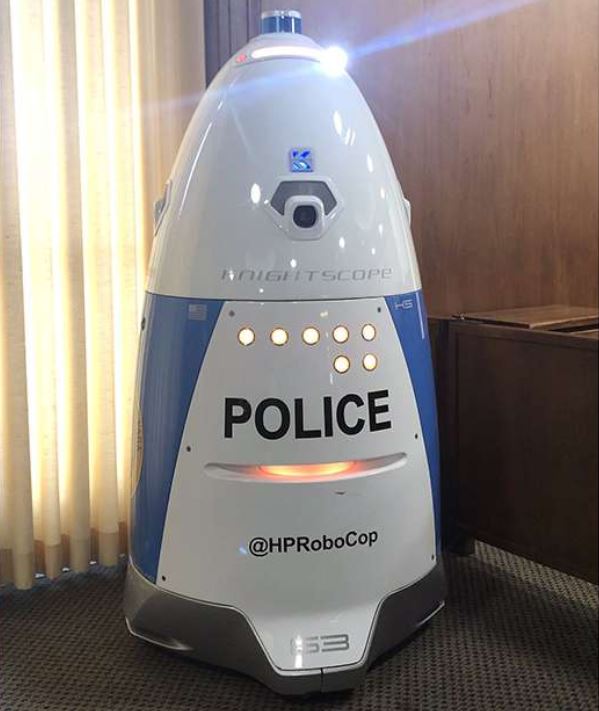 The city’s Police Chief, Cosme Lozano, also chipped in, saying, “The extra help will definitely give the officers more time to focus on other community issues. I am confident he will fit right in.”

Well, now that RoboCop has had its first taste of action, it’s safe to say that it’s going to get downgraded to the level of a rookie cop in a Don Winslow novel. Yeah, nah, it’s a fair bet the senior officers will be telling it to shut the f**k up and making it pay for all the drinks. 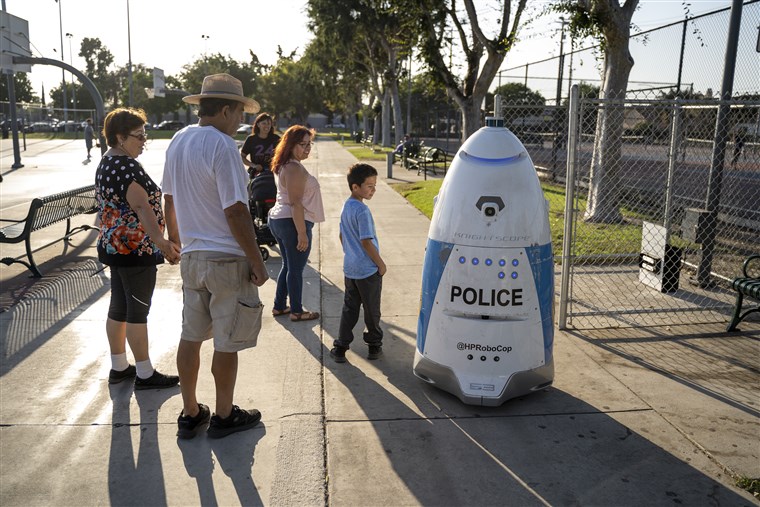 That’s because while the machine was patrolling the mean streets, it was actually confronted with a real-life crime when a fight broke out. A witness to the fracas ran to the robot cop and hit the emergency button, expecting the robot to call the copshop and get some officers out there.

Unfortunately, s**t went downhill pretty quickly. RoboCop just told the woman, Cogo Guebara, to get out of the way so it could continue patrolling the streets. “I was pushing the button but it said, ‘step out of the way,’” Guebara told NBC News. “It just kept ringing and ringing, and I kept pushing and pushing.”

Eventually, another witness called the cops on his phone. By the time, the action was done, people were being loaded into ambulances and RoboCop was wandering around telling people to keep the park clean.

Turns out that it’s not actually had its communications system connected to the emergency line yet. Yeah, nah, any calls it makes just go back to Knightscope, the company who leases the robots to the police.

But on the inside … pic.twitter.com/tKvRtCYiMN

While Lozano says it’ll be connected up soon, you can rest assured that while the robot isn’t murderous like the security droids in Chopping Mall, it’s still not particularly helpful.

Final thought: To be honest, this is a massive disappointment. There’s so much potential for a YouTube full of videos of robots fighting criminals and capturing them with epic takedowns. As things stand, we’re kind of stuck with bumbling idiot Police Academy robots that are as useful as tits on a bull.