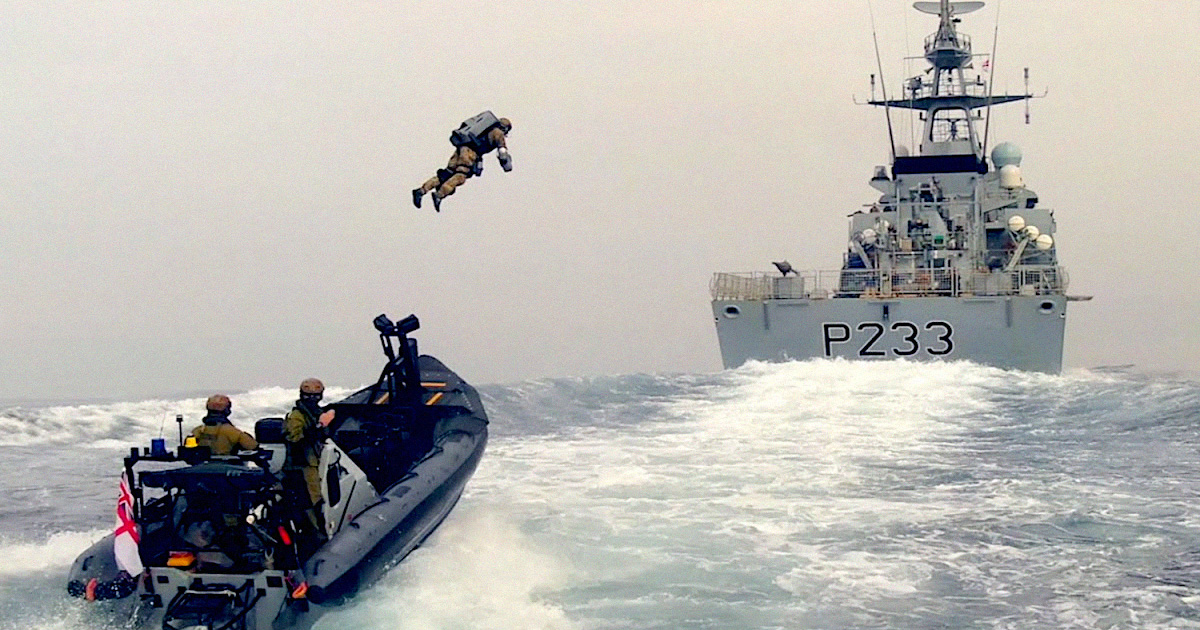 It goes without saying that guns are bad, violence is abhorrent, and war sucks, but we’d also be liars if we didn’t say that this footage of a pommy marine using a jetpack to board a ship and whip out his gun isn’t f**ken awesome. Deadset, there’s just something about it that appeals to the young action movie fan in all of us. Seriously, check out this full-on schoolboy’s own adventure s**t.

Rightio, before we get started, this is footage of a training exercise conducted by the Royal Marines and UK-based Jetpack manufacturers Gravity Industries. And that right there might just be the coolest f**ken sentence we’ve ever written. 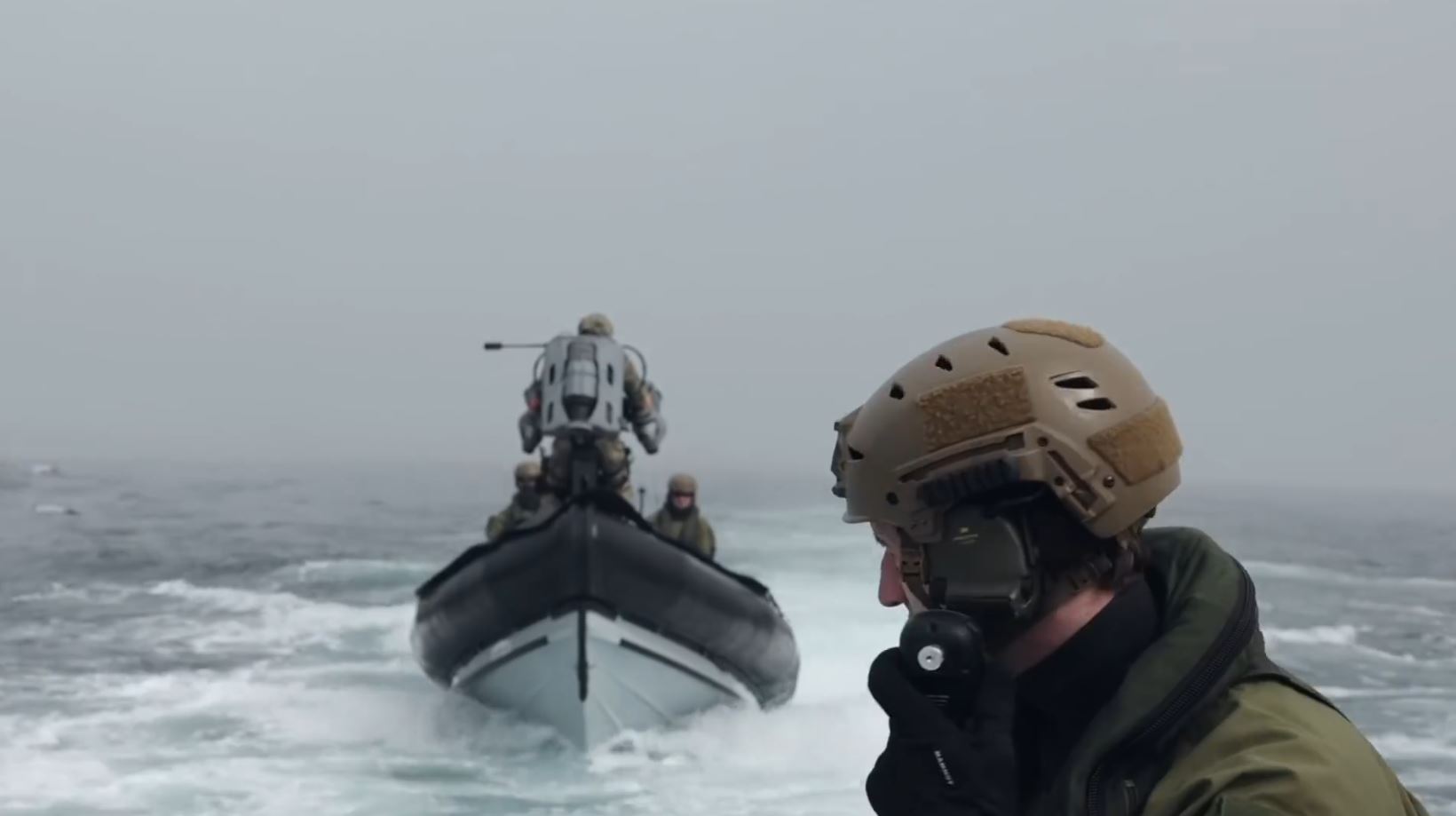 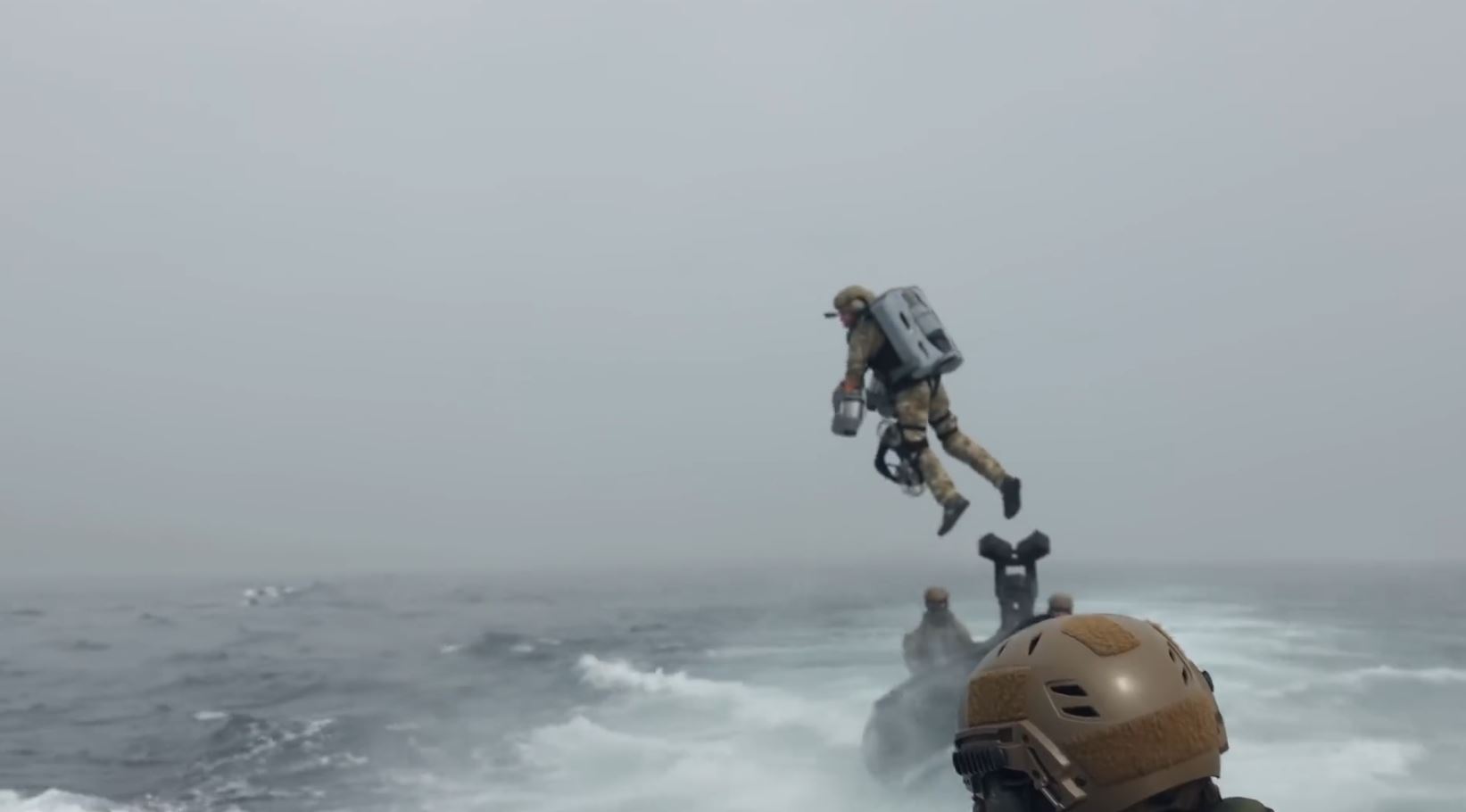 So, without giving you the mumbo jumbo, the jetpacks are pretty rad. With four arm- and back-mounted jet engines, they can thrust with over 1000 horsepower. The wearer alters their speed and trajectory by using their arms. Yeah, it’s f**ken mintox. 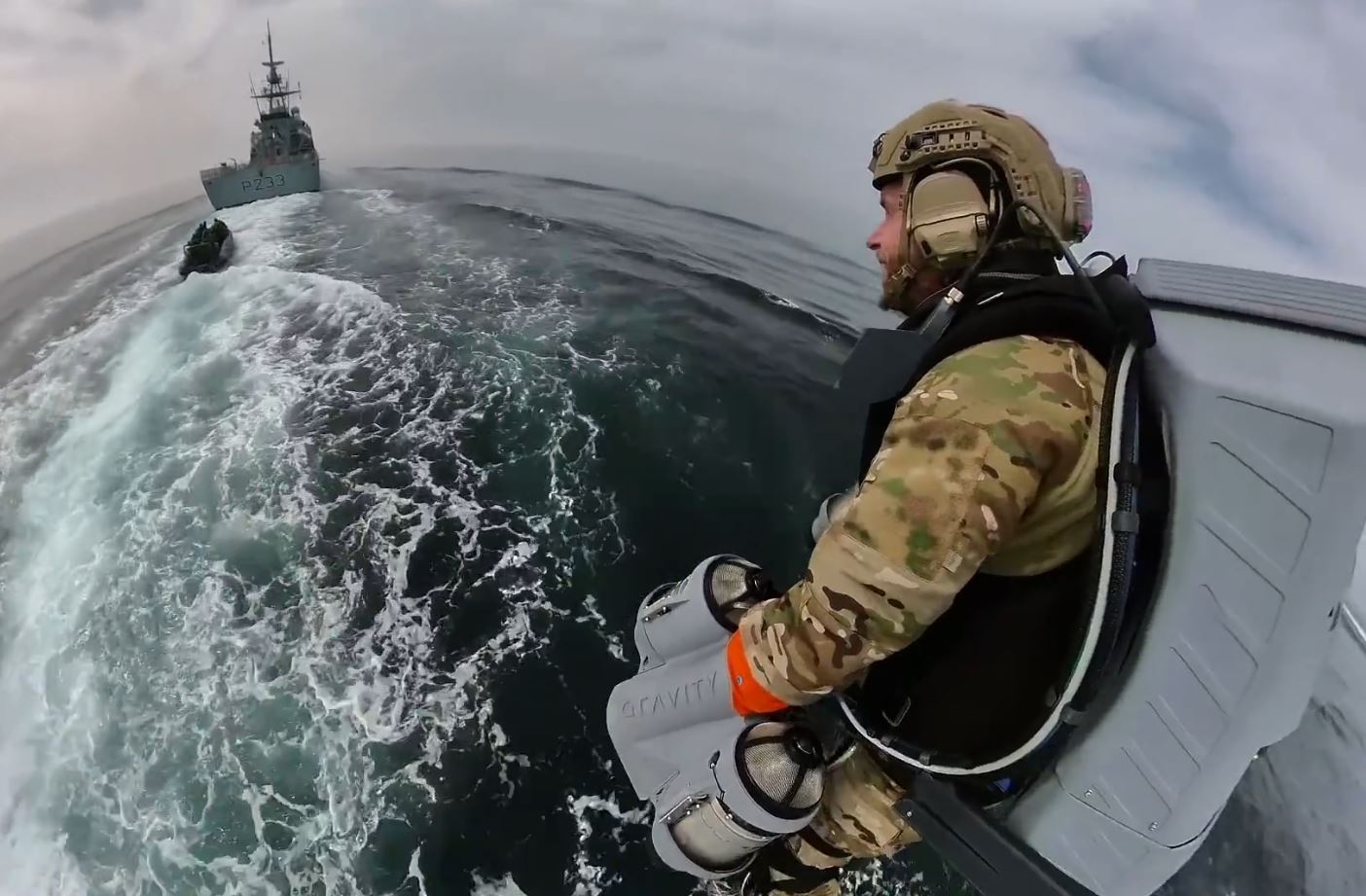 Anyway, the footage shows a few soldiers using these bad boys to storm an ‘enemy’ ship as they practice manoeuvring around in them. In one particularly cool bit, one of the soldiers lands, busts his arms free and then, hey presto, he’s got a f**ken gun and he’s ready to blow the bad guys to hell. 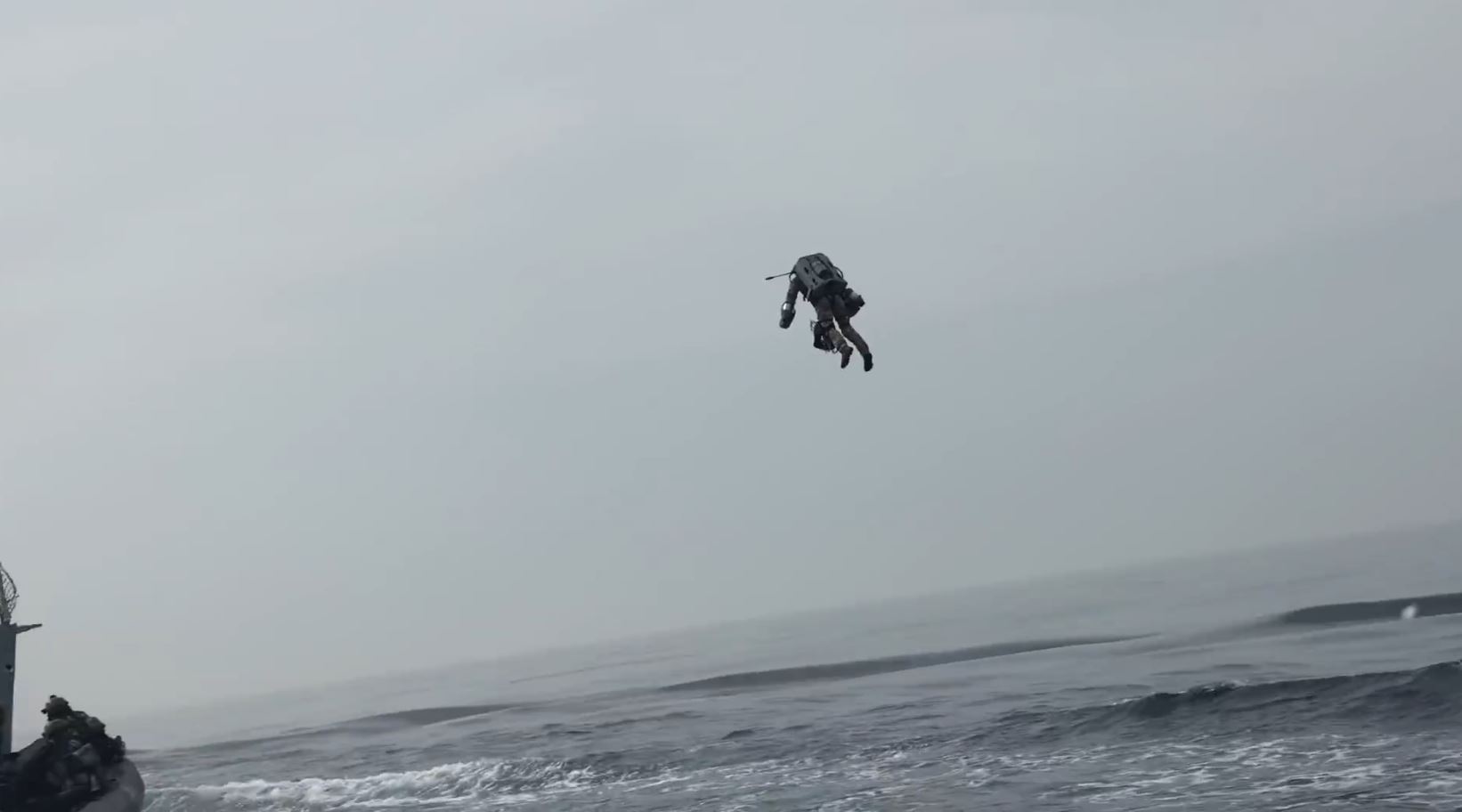 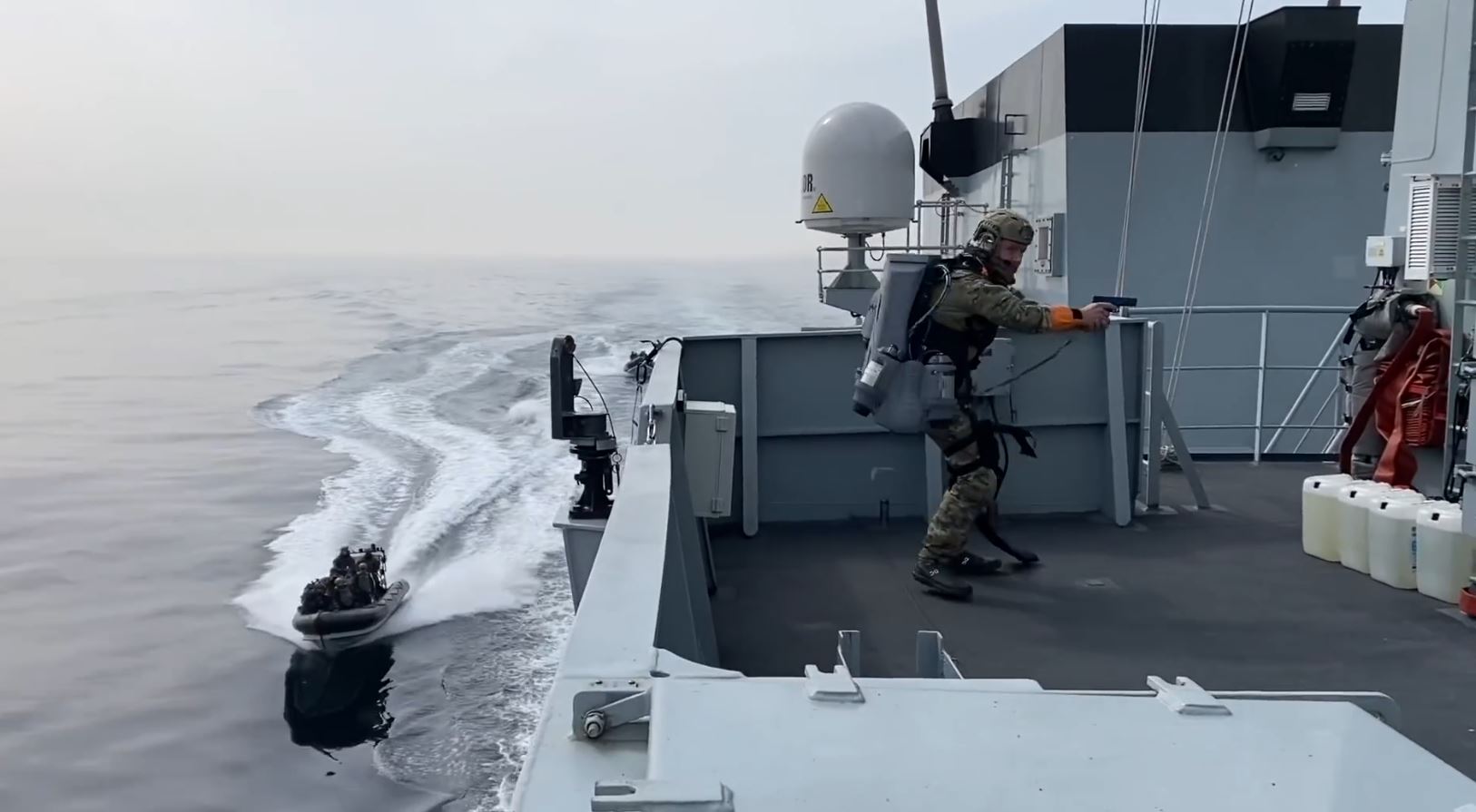 Final thought: Yeah, nah, as we said, this is rad. Still, it’s not perfect, though. For it to be of the top quality primo footage, the soldier with the gun would need to rip out a mad one-liner. That way he’d have the equipment and the quip. So, over to you, what should he have said as he drew his weapon? Let us know in the Facebook comments section.

Just in case you missed it, here’s one of Ozzy’s latest commentary videos…Ozzy Man Reviews: Composure