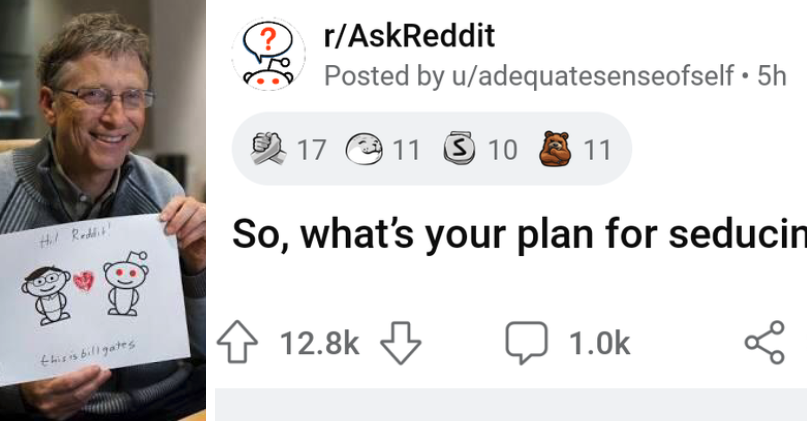 In case you’ve been making like the proverbial ostrich and have had your head buried in the sand, Bill bloody Gates and his wife Melinda are cutting ties. Yeah, nah, their marriage is ‘irretrievably broken’ and they’re calling it quits and divorcing. Obviously, this means the two are back on the market and Reddit users have been quick to share exactly how they plan to seduce Billy boy and get their mitts on some of that sweet sweet Microsoft money.

Yeah, look, we understand that in some circles making fun of someone else’s suffering isn’t really great. That’s why we, personally, will refrain from making any comments about the whole divorce thing. At the end of the day, if things aren’t right, you’ve gotta do what’s best for everyone. 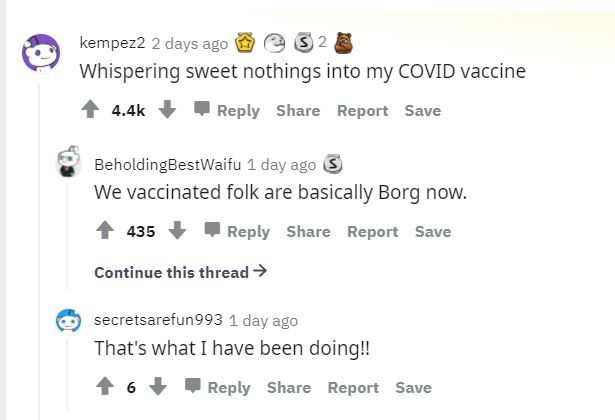 And, really, this is all in fun, especially when you consider that the idea of Bill Gates as a mythologised symbol of wealth is a pop culture icon, you can’t really stop people from talking about it. 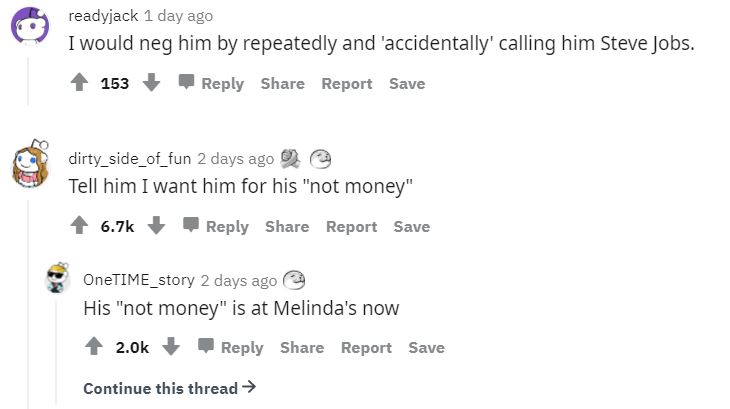 “I got an email in suspiciously broken English from Bill Gates a couple of weeks back saying he wanted to give me 50,000,000 USD so I don’t need to bother seducing him.

Hopefully the £20,000 I sent him for clearance of the funds will have gone through by now so I should be getting my money any day now.” – Dans_old_games_room

Also, we’d be lying if we said the talk itself was mean-spirited. Yeah, nah, we really don’t get that from it, and some of the comments are pretty funny.

“I would neg him by repeatedly and ‘accidentally’ calling him Steve Jobs.” – readyjack 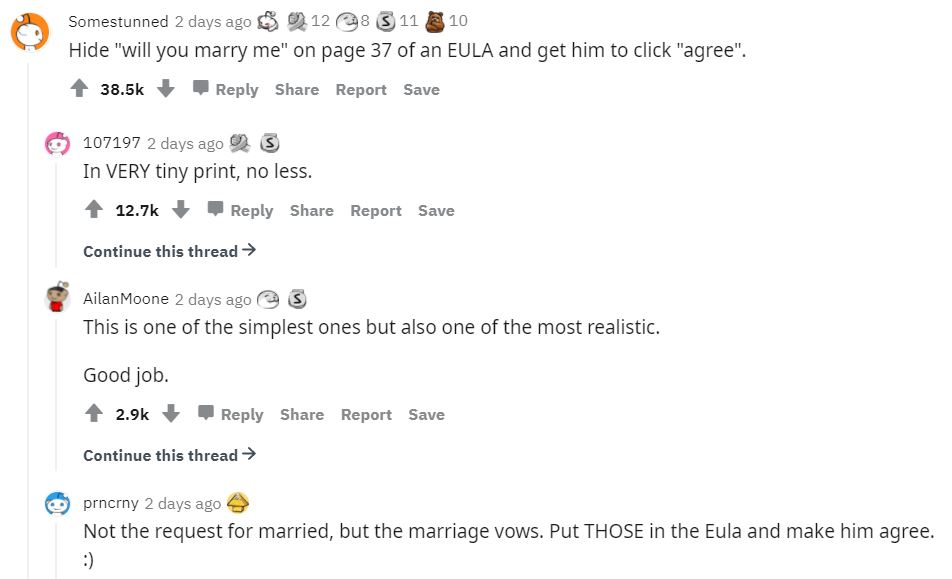 “Serenading him with an acoustic version of ‘It’s all about the Pentiums’. Then having the monitor blow up after the tech support line, at which time I lean over to Bill and say ‘I think you need to insert your gold plated monster cable’.

Anyway, enough waffle from us. Give this one a squiz. 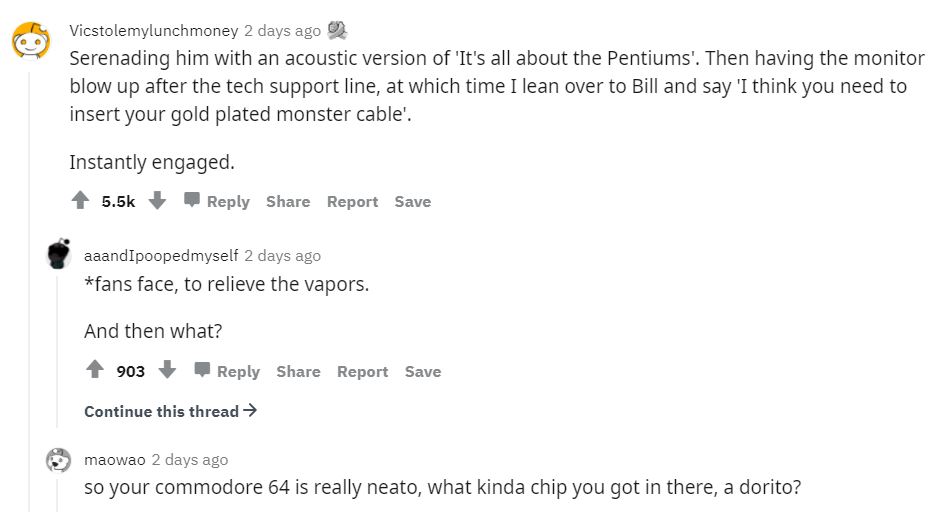 Final thought: Once you’ve had a read, let us know if you’ve got any plans for getting in Bill’s pants and getting your hands on some of that cold hard cash. We’ll see you in the comments section.