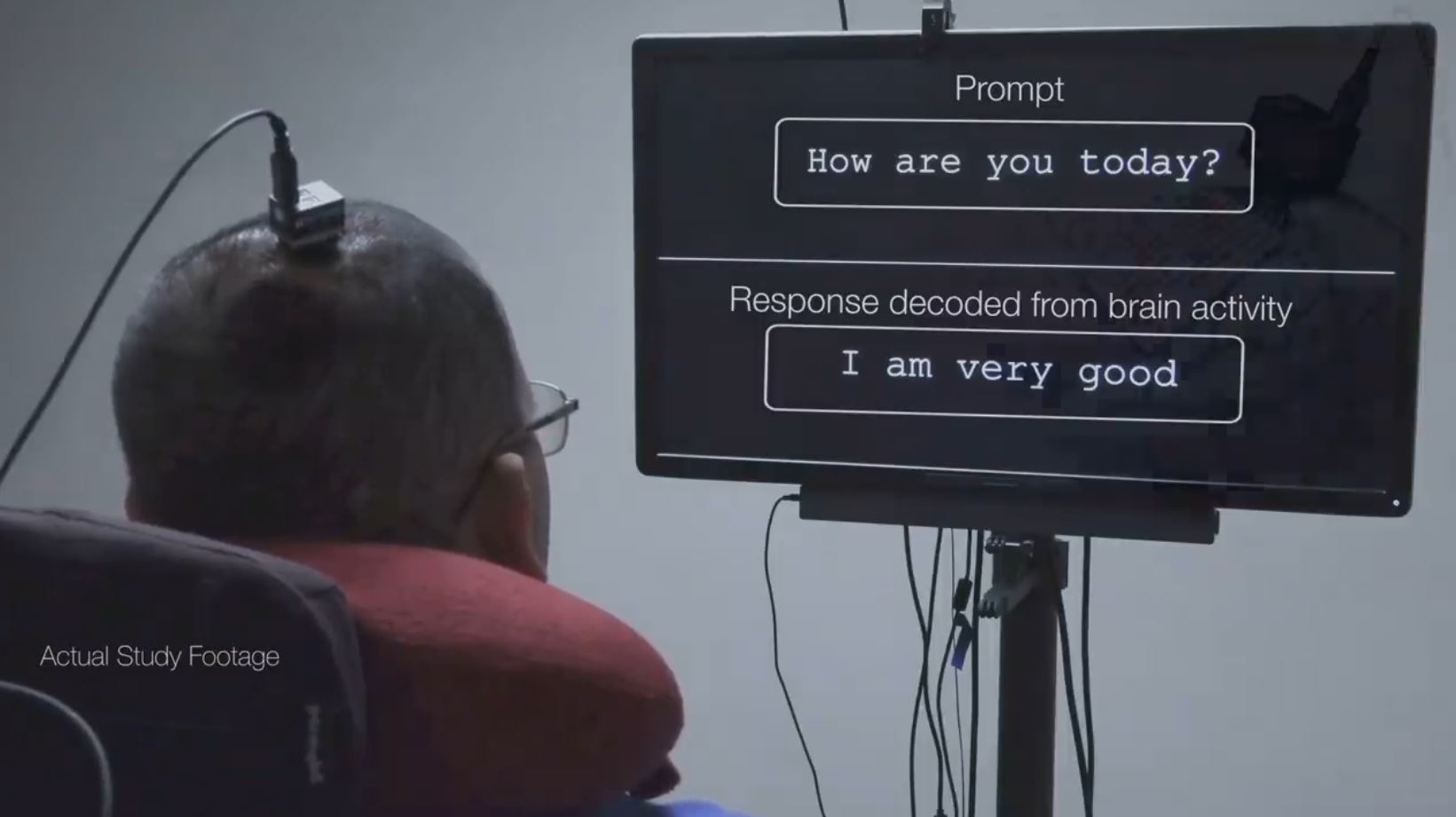 Sometimes you’ve just gotta look at a piece of news and say ‘Holy s**tballs tittyf**k!’ Yeah, nah, we’re standing by it because this is one of those stories. Deadset, scientists have gone and used bloody technology to help a paralysed man who was unable to speak f**ken speak. Not only that, but they’ve done it with a brain implant that reads neurological signals to make it happen. Check it out…

Yeah, look, as you can tell we’re pretty impressed by this. Still, we haven’t really given you much clarity, so here you go: Researchers from the University of California San Francisco (UCSF) have helped the bloke ‘speak’ with an implant that decodes full sentences from brain activity. 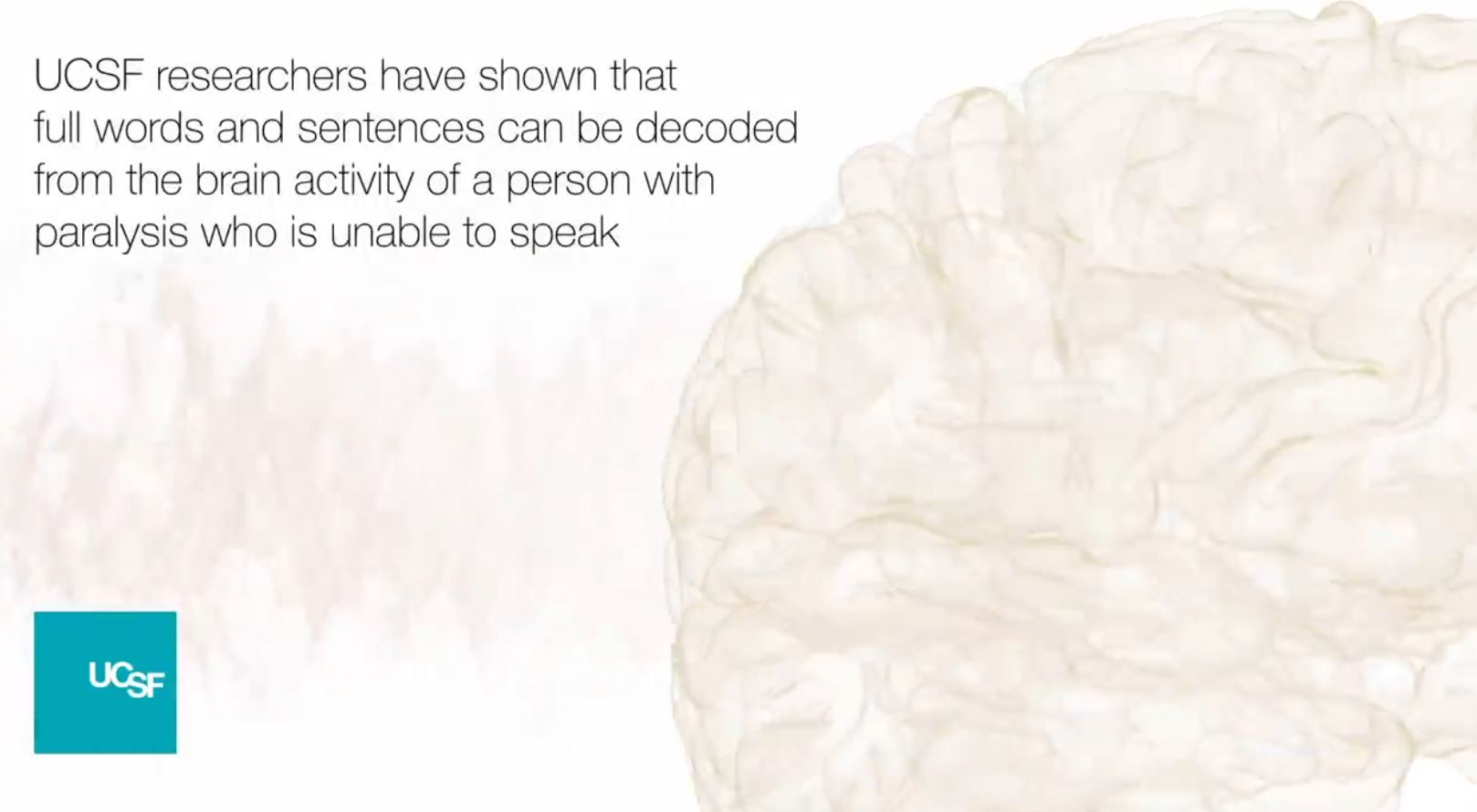 The bloke in question, who wishes to be known as BRAVO1, was the first participant in clinical trials of the new tech. He suffered a brainstem stroke in his teens that left him unable to talk. Prior to the experiment, he was communicating by using a laser-pointer attached to a baseball cap and selecting letters on a screen. Now, though, he’s thinking that s**t and words are appearing on a screen!

As you can imagine, the whole thing’s reasonably f**ken complex and we can’t really explain it all for you here, but the scientists surgically implanted a high-density electrode array over BRAVO1’s speech motor cortex. From there, they connected him to a computer via a port in his head. Kinda like a human USB, we think. 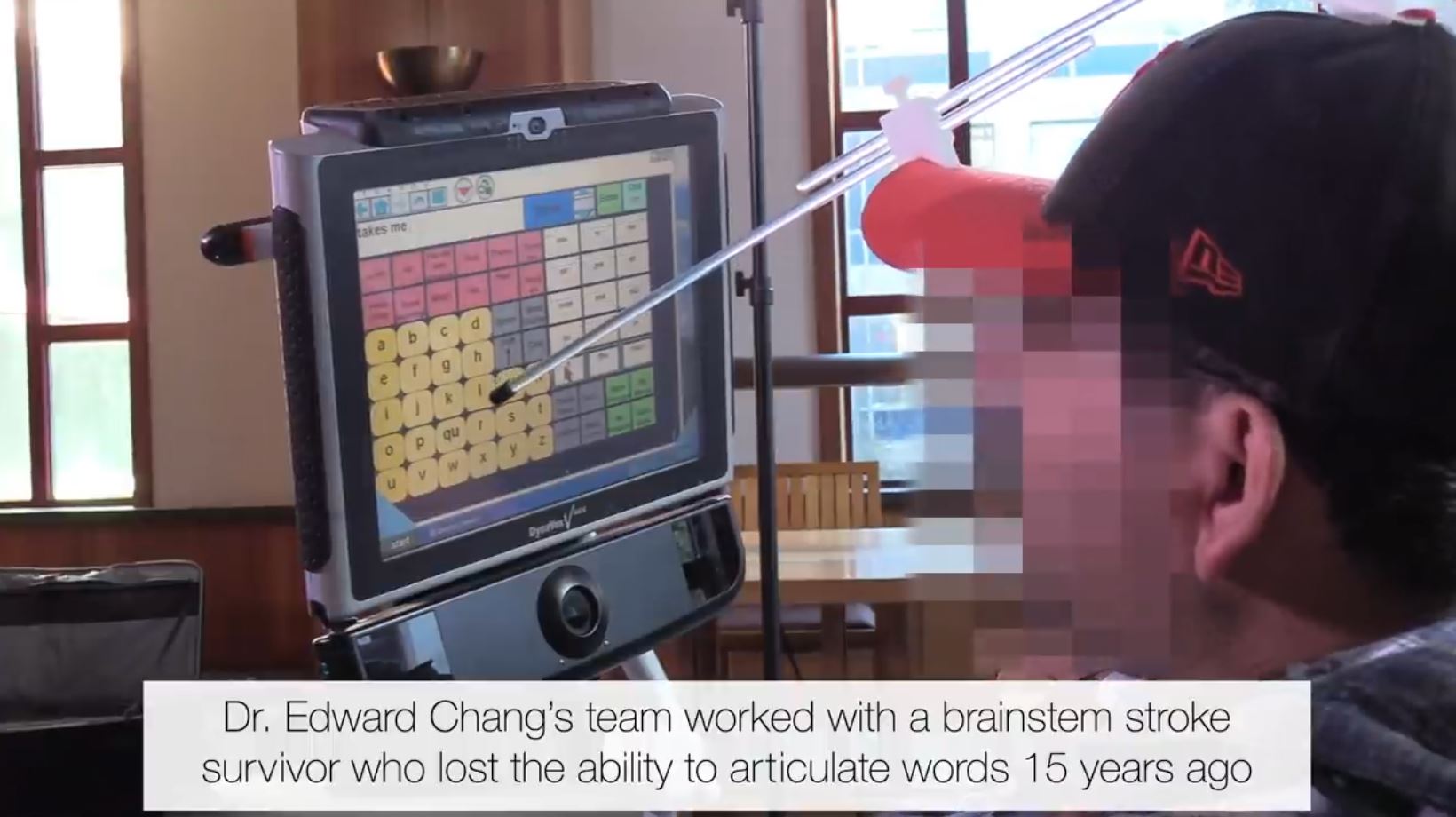 But yeah, Matrix vibes aside, they then spent several months making things run schmick and getting him to ‘say’ words like “water,” “family,” and “good.” By the time they were done, he could generate a thousand sentences and the computer was being trained to recognise the neural signals generated and identify what he was trying to say.

From there, he was asked to say different sentences composed of the words and they were decoded from his brain activity onto a screen. Which leads us to the best part: the question and answer test… 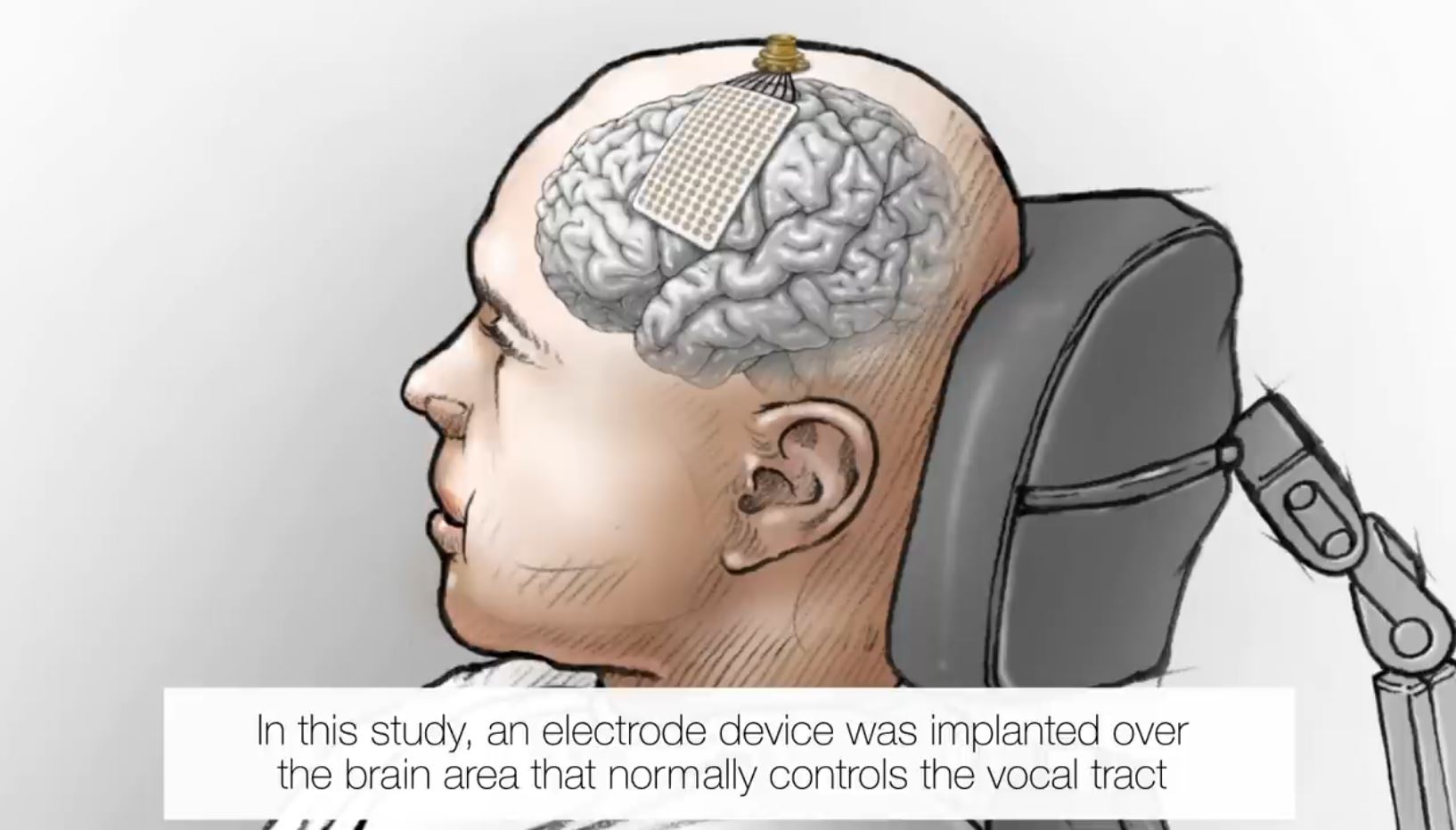 When the researchers asked, “How are you today?” his response, “I am very good,” appeared on the screen.

The team reckons this is the first time that the brain activity of a paralysed bloke has been decoded into words. UCSF neurosurgeon Edward Chang said, “It shows strong promise to restore communication by tapping into the brain’s natural speech machinery.” 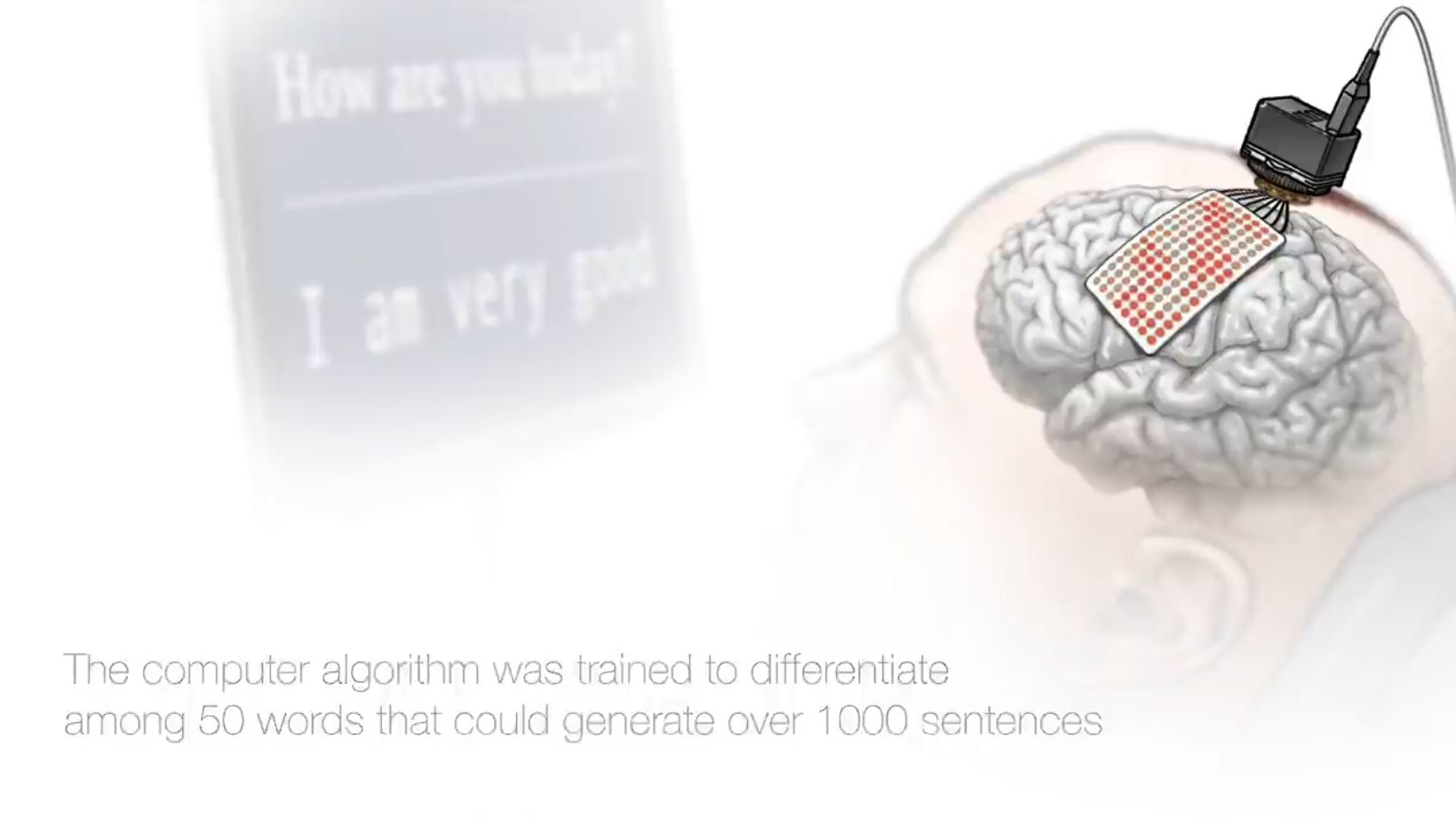 Final thought: Yeah, nah, this is bloody grouse. Still, let’s have a bit of a think here for a second. What would your first sentence be if you were in old mate’s position? Let us know in the comments section.