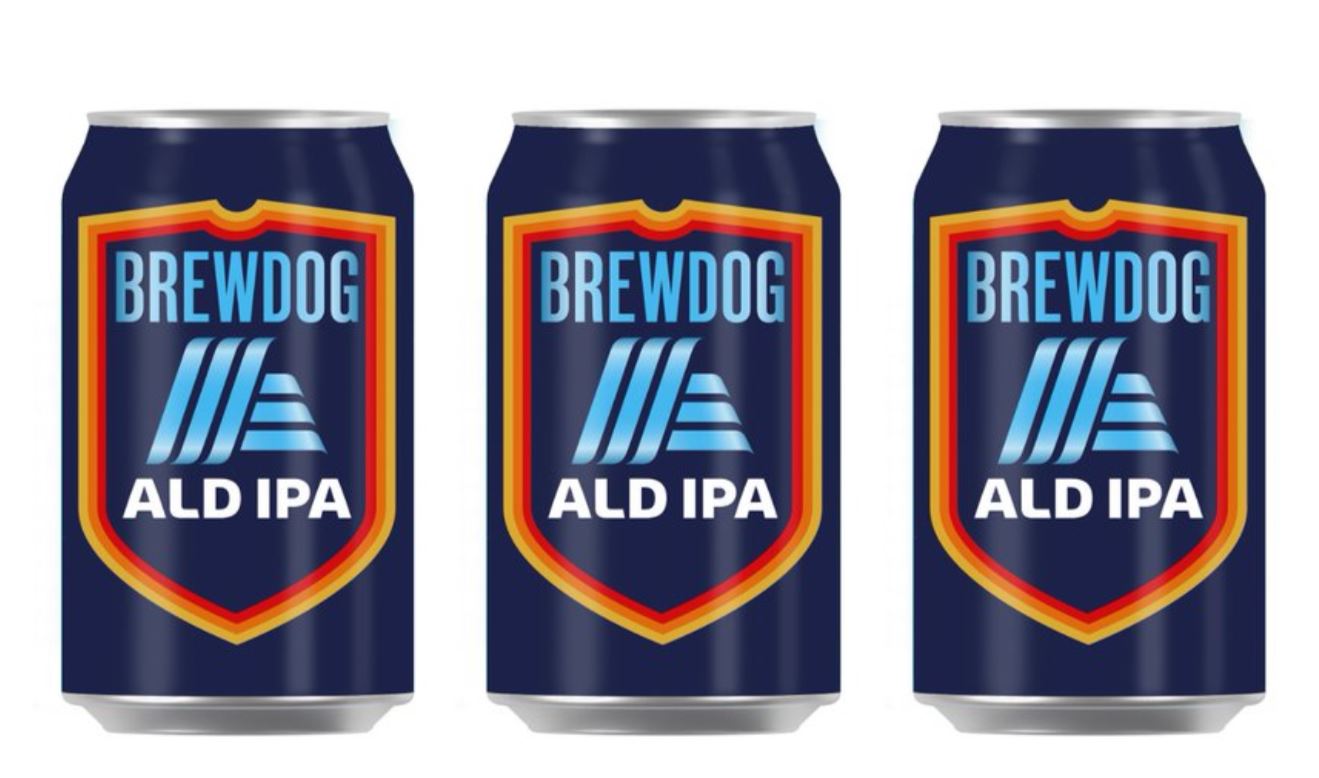 If you’ve got much to do with Twitter, you’ll know it’s pretty much a giant s**tfight where companies spit s**t at each other, pitchfork-brandishing trolls band together to hate on products and people they don’t like, and famous authors routinely embarrass themselves with hate-speech and misguided rants. Still, that doesn’t mean it’s not fun, and that nothing good ever happens. Yeah, nah, sometimes you get news about beer!

And that’s exactly why we’re here today. BrewDog and Twitter have been bantering in an epic back and forth that might just be seeing the supermarket giant stocking a new BrewDog IPA.

The name of Aldi's take on Brewdog Punk IPA is legendary! pic.twitter.com/AY7EHCBT9Z

It all started when a bloke commented that Aldi’s new ‘Anti Establishment IPA’ was a ‘legendary’ take on Brewdog’s famous Punk IPA. And, if you’ve seen the cans, you’ll know exactly what Aldi’s doing here.

Inspired by ALDI's take on Punk IPA from yesterday, we are making a new beer.

Maybe our friends @AldiUK will even sell it in their stores? pic.twitter.com/lV5bANS5L3

This saw the BrewDog founder James Watts, share a post of a ‘new beer’ he’d mocked up. That beer was called Yaldi, and he invited Aldi to stock it:

“Inspired by ALDI’s take on Punk IPA from yesterday, we are making a new beer.

Maybe our friends @AldiUK will even sell it in their stores?”

Aldi didn’t miss a beat. “Can’t wait to taste it – might even clear some room in the middle aisle,” they replied. If you know your Aldi stores, you’ll know all about the middle aisle. It’s a great place to find random junk.

Can’t wait to taste it – might even clear some room in the middle aisle 😉 https://t.co/me2YKLNCU0

Still, despite the ‘spat’ it seems like there’s going to be a happy ending to all of this. They shared the tweet to their Facebook page and said, “”We would have gone with ‘ALD IPA’. Send us a crate and we’ll talk.”

We would have gone with ALD IPA, send us a crate and we’ll talk? https://t.co/seFaTVmRlv

Since then, BrewDog have confirmed that they’ll make it happen.

We have changed the name to ALD IPA & we will send a case your way. Looking forward to making this happen 🍻 https://t.co/b4OvYnNwLV pic.twitter.com/1z0owyxnOn

Final thought: As we mentioned before, any news about new beer is good news in our books. And, let’s be honest, if you’ve got a new brew you want someone to try out, we’re happy to talk.