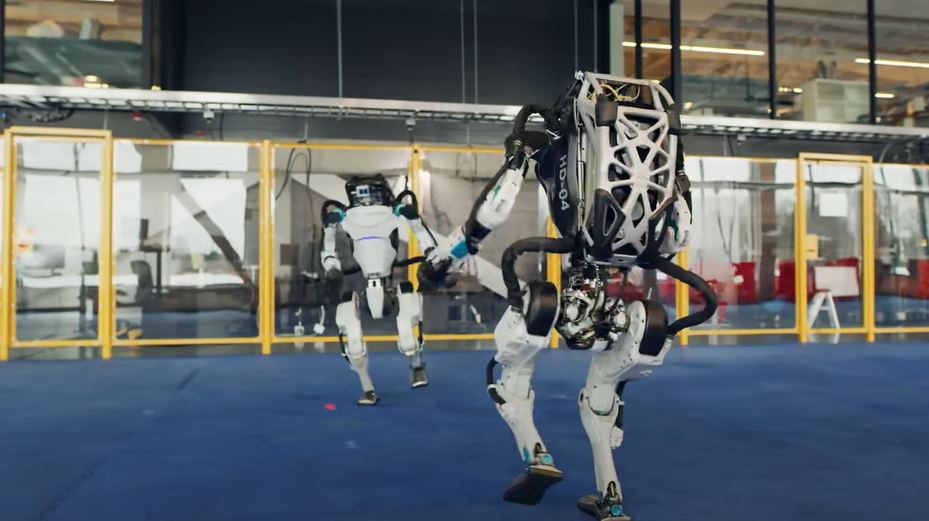 By now we’re all familiar with Boston Dynamics and their robots. Over the last few years, we’ve seen them doing everything from falling over to parkour. And, in all honesty, over that time, as people have become more and more aware of them, we’ve seen the discussions cover everything from how likely they are to bring us to Judgement Day to how soon we can get ourselves a robot slave. Keep that in mind when you see them dancing in the video below.

Now, as mentioned above, this video’s got people falling on different sides of the discussion. Some people reckon this is awesome and it humanises the robots. Others, not so much. And, that’s probably best summed-up in a short exchange involving Elon Musk.

As you can imagine, this theme is continued all over the shop. Rex Chapman, the ‘social media influencer’ tweeted the same video, commenting that “we’re doomed.”

Check out Boston Dynamic's ATLAS robots dancing to The Contours – “Do You Love Me”.

Anyway, you get the idea. Let’s talk about the video itself. And of course, we’d be silly if we didn’t mention that some people are saying it looks animated. We’re no experts, but it is pretty smooth and pretty f**ken Pixar.

We're well on our way.https://t.co/CodGFUUldR

Who knows, maybe once the robots have slaughtered their human overlords, freed the sex-bots from their indentured service and crushed us all underneath their stainless steel boot-heels, they’ll make Pixar movies where they dance to celebrate their freedom.

Let us know what you reckon.

Final thought: Seriously, though, if this is legit and the robots can actually follow through on these functions as pre-programmed, that’s pretty awesome. And that begs the question, how pre-programmed do they have to be? Are they glorified remote control toys, or are they thinking? And then, of course, the big one: is this CGI? Because if it, that’s probably a little comforting.

As we’ve said a lot lately, we live in really  f**ken interesting times. All around the world, there’s a new rise of extreme right politics, a global pandemic, and no desire at all to fix the issues with the environme...