Whether they’re big into medieval history, total Game of Thrones-loving nerds, or just flat out bogans with a collection of samurai swords hanging on their bedroom walls, people everywhere seem to love swords. There’s just something about them that appeals to the primitive monkey-man living in all of us that encourages us to pick them up, test their sharpness and listen to the whooshing sound they make when you swing one through the air. They’re also really rad when you’re drunk as f*ck. Just ask the dude in this video who nose all about it…

OK, so this video has popped up again for some reason, and considering the dudes involved couldn’t be a scilia pair of c**ts, it’s well worth breaking down and revisiting. It is, after all, a proper slice of internet history. 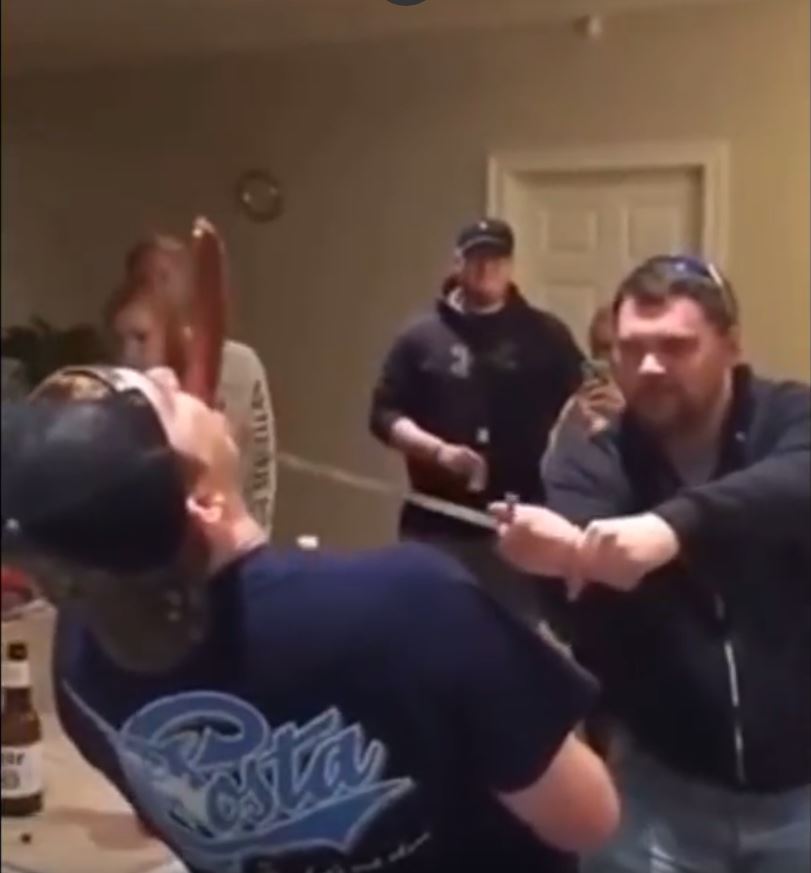 When it opens up, we’ve got what looks like the crew at a friendly party watching on in various states of eagerness, excitement, and sheer f**ken horror. In front of them, ready to kick the party up a notch are two guys who are quite obviously involved in a very, very trusting relationship. One of them is leaning back with a f**ken kielbasa sticking out of his mouth. The other…well, he’s got a bloody sword. 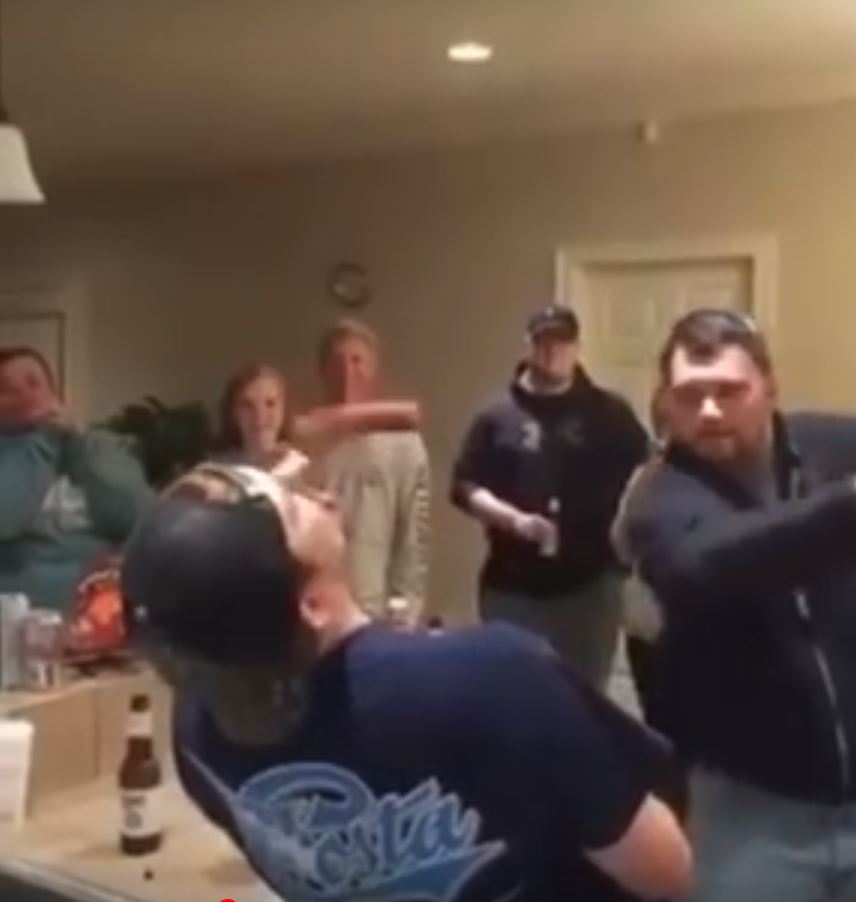 Now’s your chance to shake your head. The gathered party-goers have their cameras ready, and why not, after all, this is gonna be so f**ken sweet. Steve’s, like, a total ninja. He’s told you how good he is with his sword a whole bunch of times. 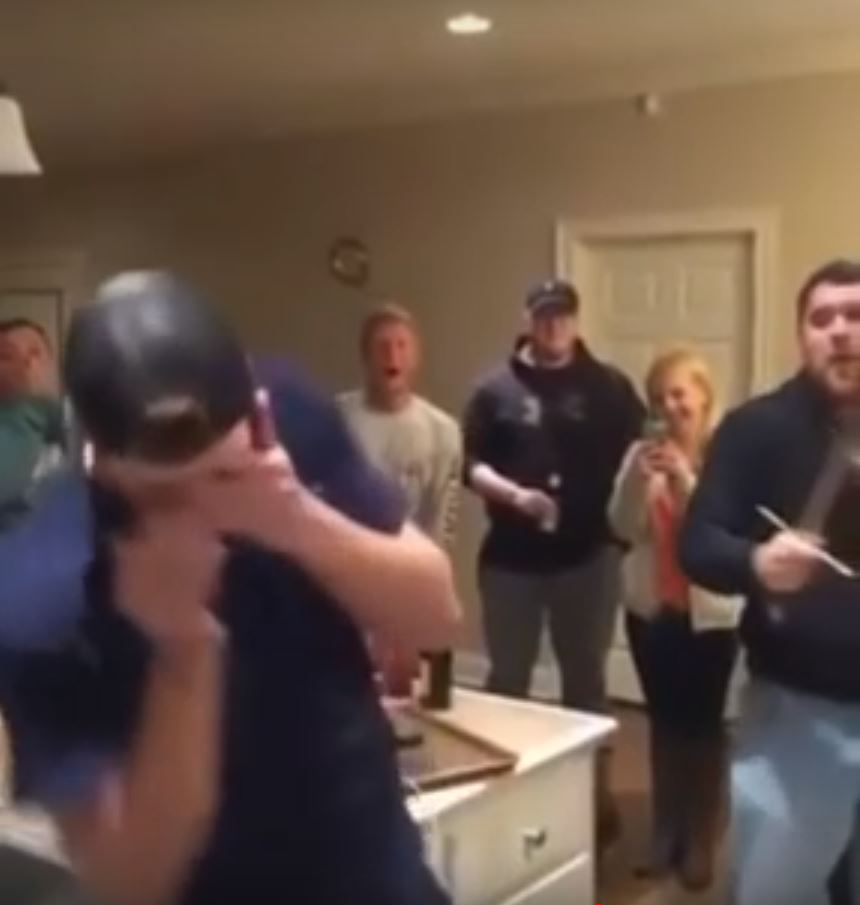 They count down. He f**ken swings. And…it’s intermission time. Remember that game your old man played with you where he would pretend he’d plucked your nose off and you’d be all like, “For f**k’s sake, Uncle Alan, I’m 23?” Well, this is way worse. Way worse.

In fact, you could say these guys should never have rolled the dice with this risky enterprise, because kielbasa dude now looks like f**ken Tyrion does in the books. Oh well. At least he’s drunk. Let’s hope that – yeah, we’re totally doing this – let’s hope that he nose things! Boom-boom-tish, c**ts! 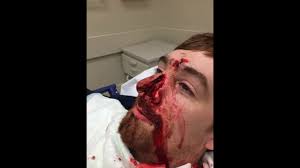 Final thought: Oi, don’t play with swords ya big bloody legends. Deadset, it’s the kind of thing that sounds good in theory, but you know what? If your mate Randall reckons he can handle a f**ken sword, don’t challenge him. It’s snot a good idea.

Just in case you missed it, here’s one of Ozzy’s latest commentary videos…Ozzy Man Reviews:Finger Fight