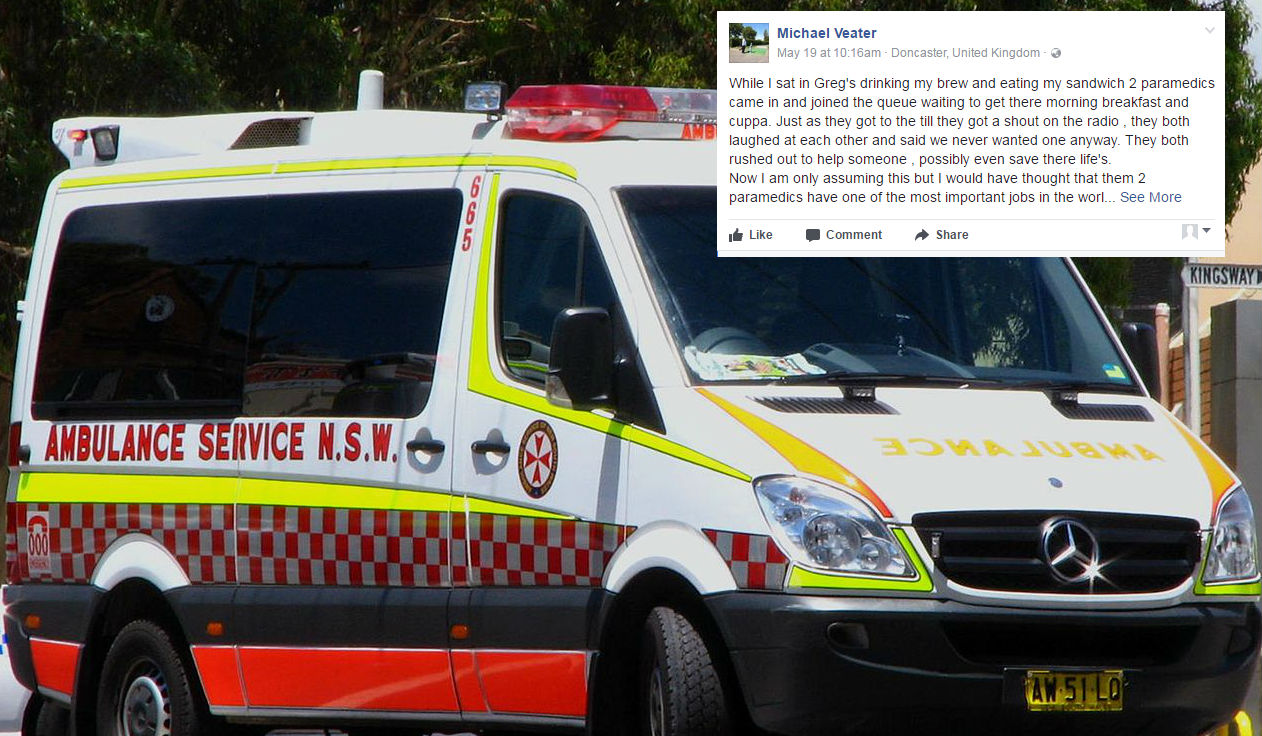 British OzzyMan Army member and all round good bloke Michael Veater, has sparked an Internet wide conversation on paramedics and emergency services having to wait inline for coffee (among other things). 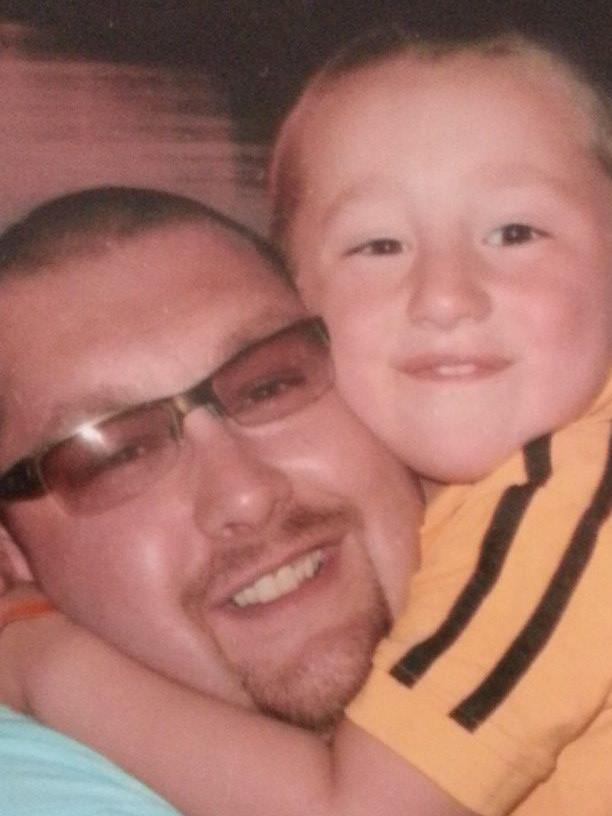 Mick and his son.

Sitting in a coffee shop, Mick noticed a couple of paramedics waiting patiently in line for their morning caffeine hit only to get pulled away at the last second on an emergency call before getting a chance to order. Mick took to Facebook with what he thought might be a handy solution:

“While I sat in Greg’s drinking my brew and eating my sandwich 2 paramedics came in and joined the queue waiting to get there morning breakfast and cuppa. Just as they got to the till they got a shout on the radio , they both laughed at each other and said we never wanted one anyway. They both rushed out to help someone , possibly even save there life’s.

Now I am only assuming this but I would have thought that them 2 paramedics have one of the most important jobs in the world and everyone else in the que this morning was going to work, waiting for the shops to open or like me just having a brew.

Now heres a thought what if we use this social media thing and get people and companies to allow paramedics and other emergency services to jump the queue and get served as soon as they come in, so they stand half a chance of a drink and food before they go on their day helping people.

Mick’s post has obviously struck a chord and has since gone viral, amassing over 200,000 shares on Facebook. Talking exclusively to Ozzyman.com, Mick spoke about being overwhelmed by the response.

I was shocked to be honest, he said. “When I put the post up I never thought it would get the reaction that it did. The share counter just kept on climbing.”

Mick said he took to social media with his thoughts because he was drinking his morning coffee alone and not with the Mrs who would’ve commanded his undivided attention had she been there (OK i made up that last bit). 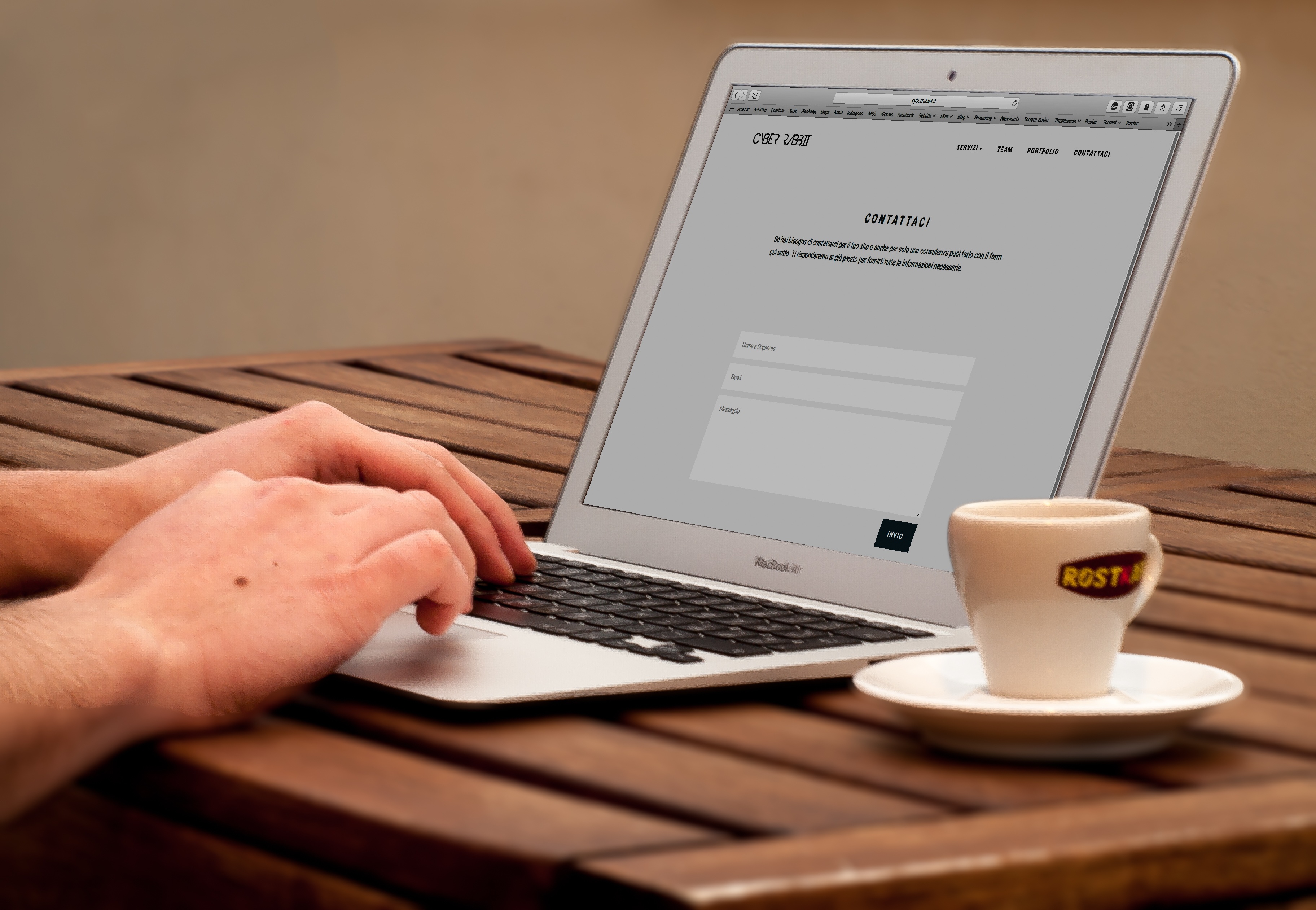 “The events depicted in this picture are fictitious. Any similarity to any person living or dead is merely coincidental.”

“If I would have been in the coffee shop with my wife I dont think I would have put it up, probably would not have even noticed what happened but I was on my own drinking a brew in the corner when they got the shout.

I thought would be nice if big companies helped out the emergency services when on active duty. Those lads only wanted a brew. And if not maybe some of my friends will see it and give up there place to get them served.”

All jokes aside, with the tragic events unfolding in Manchester today, it is a timely reminder of the import role our emergency services can play and this is exactly the sort of movement we are happy to get behind here at Ozzyman.com.

The word hero gets thrown about a lot in this day and age, but we f**ken challenge you to read this story and watch this video without thinking that Nicholas Bostic deserves free beer for life. No s**t, the dude was d...