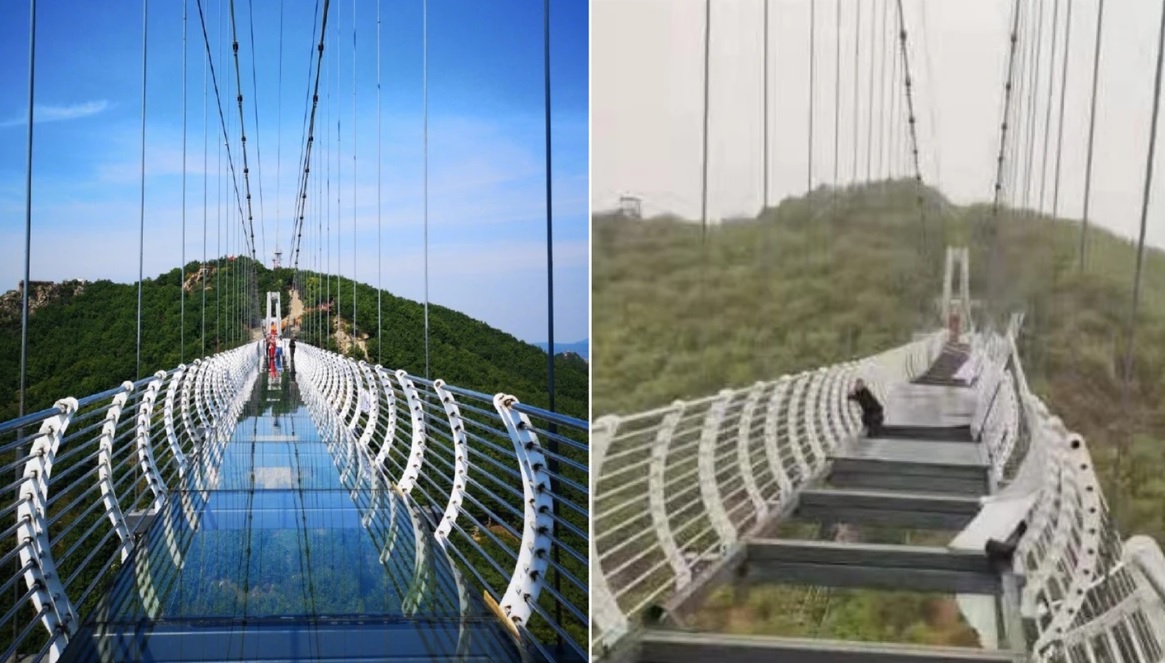 As you’re probably aware, there are bloody loads of videos online that show tourists s**ting themselves on the ‘cracking’ glass suspension bridges of China. Yeah, nah, it’s always amusing to watch, but as you know, it’s perfectly safe and you haven’t really got anything to worry about. Until now. Some poor bloke has just found himself hanging on for dear life after the wind f**ken ripped apart the glass-bottom suspension bridge he was traversing on China’s Piyan mountain.

Yeah, nah, no s**t, photos coming out of China show the bloke hanging on like a friggen limpet after the raging wind just f**ken shattered the glass flooring of the bridge. The dude was apparently ninety metres in the air when s**t went haywire.

The Longjing city government announced on its official Weibo channel that the man was stranded 330 feet in the air at the Piyan Mountain scenic area Friday.https://t.co/CcJl3aA3dZ

The local media over there has shared photos of old mate as he grips tight to the railing, s**ts his underroos and hopes that the glass he’s resting on won’t go flying over the edge.

Apparently, the winds have been called ‘record-breaking’ for the region and came in at speeds that could almost rate as cyclonic. Yeah, nah, deadset, at 73 to 92 miles per hour, these f**kers were equivalent to Category 1 hurricane winds.

Someone was trapped high up on a suspended glass walkway at a scenic spot in north east China yesterday when high winds caused glass panels to fall out around them. They were eventually able to climb to safety. pic.twitter.com/0vkFHasyWh

Different reports state different things about how he got to safety, but what we know is he either crawled to safety or was rescued by emergency services. Apparently, though, he was taken to hospital to receive psychological counselling after the ordeal. 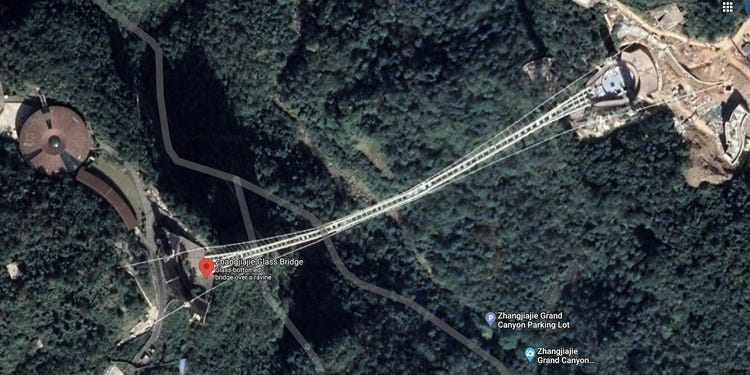 The bridge from above. Credit: Insider

Now, we don’t know about you, but we would probably lose our bloody minds if this happened to us. Deadset, we get a bit sketchy when the kid with the mullet starts rocking the bridge at the local playground so this would bloody ruin us.

Final thought: Let us know how you’d cope if you were in old mate’s position. Would you pack your dacks? Pray to God? Call for your Mum? Whatever you’d do, we reckon your response says a lot about your character. Yeah, nah, bugger that.