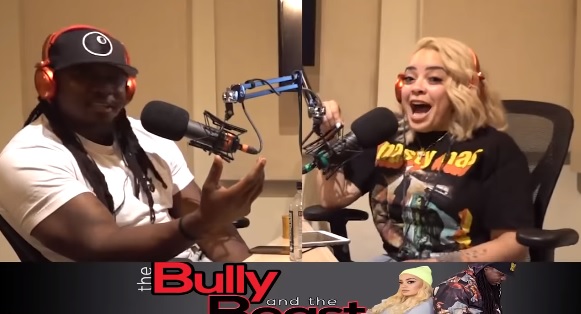 One of the things that divides us civilised folk from the savages out there is the way we handle our trips to the porcelain throne-room. Deadset, while groups of us are s**tting the right way and cleaning up after ourselves the right way too, there’s a whole bunch of you legendary b**tards doing it the wrong way. But, whether you bust a reverse kanga or perch on the seat and hope your aim is true, you’ve got nothing on this poor prick. Have a f**ken squiz and watch the moment he discovers he’s been doing it wrong his whole life…

We really don’t want to ruin this one for you, because the video represents a f**ken special moment, but there’s no way around it. For starters, it’s titled ‘Do y’all really just let the poop fall in the toilet?”

Now, that should certainly have your alarm bells ringing, because yeah, yeah we f**ken do. We lay a few bits of bog roll across the base to avoid a nasty splash, we back up, we relax the spud gun and we blast dookie. We let it plummet from a great height and we do everything in our power to avoid touching it. In short, we let it fall.

The dude in this video doesn’t do it that way and, to tell the truth, before he realises the error of his ways, he’s f**ken disgusted with you. As far as he’s concerned, you’re laying cable wrong. He is, however, about to have his mind opened right the f**k up.

It all starts when he says, “Just like we’ve all touched s**t before.”

Pretty quickly, everyone’s questioning him. And then he asks, “You don’t wipe and you grab the s**t?” and the reactions of those around him start to cast a little doubt in his mind. “Hold on, hold on, are y’all telling me that you just let the doodle fall in the toilet? Y’all don’t catch it every time?”

Obviously, you can pick the reactions from there, but old mate is bloody ruined. You can see that he really wants to know when he asks, “How do y’all take a s**t? I been catching my s**t all these years!”

Final thought: It’s easy to judge, but if you’ve never been shown how to kick the brown clown out of the one-ring circus, we guess you can be forgiven for doing it wrong. It makes you wonder, though, with all the millions of people in the world, how many other people are s**tting in strange fashion. So, let us know: how do you take a s**t?

Video Link: The Bully and the Beast