So, first of all, there’s no explanation given for why old mate thought this might be the right choice, but he’s been doing it nevertheless. The unnamed Irishman was taken to hospital for treatment to a subcutaneous abscess on his right arm. 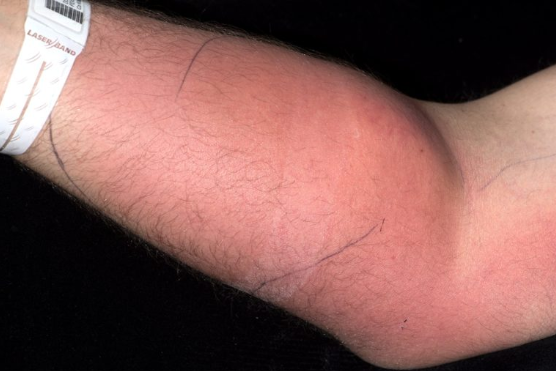 The man’s arm after the injections. Credit: Irish Medical Journal

The Irish Medical Journal reports that old mate was having one off the wrist, bashing the bishop and giving his giggle-stick one before collecting up his manonnaise, his crotch custard and his willymilk and injecting it into himself with a hypodermic needle he got off the internet.

"with luck, the lad will be back to his usual spunky self in no time" https://t.co/6Yw95cnU8P

The report says, “”The patient disclosed that he had intravenously injected his own semen as an innovative method to treat back pain. He had devised this ‘cure’ independent of any medical advice. Upon further interrogation of this alternative therapy, he revealed he had injected one monthly ‘dose’ of semen for 18 consecutive months using a hypodermic needle which had been purchased online. Upon this occasion the patient had injected three ‘doses’ of semen intra-vascularly and intra-muscularly.”

Naturally, the dude ended up with a rash on right arm (so it’s probably best he wasn’t sharing it with others), but when doctors examined the arm they discovered his jailhouse confetti had leaked into the soft tissue of his arm. 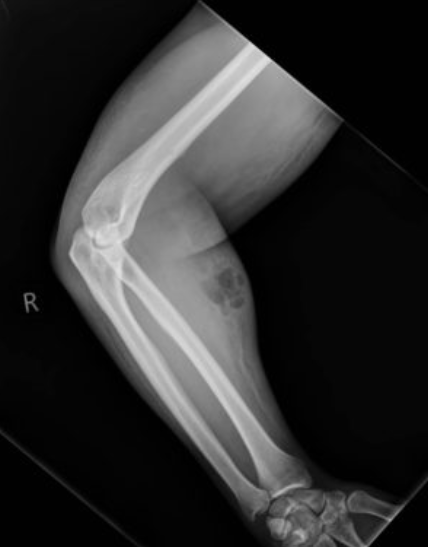 Despite all of this, seeing as his back stopped hurting during his stay in hospital, he checked himself out. No sh*t, this is what the report says:

“This patient’s back pain improved over the course of his inpatient stay and he opted to discharge himself without availing of an incision and drainage of the local collection.”

Yep, his ‘local collection’ is still there in his arm. But, hey, at least his back doesn’t hurt anymore.

Any mother could have told him that an injection of semen usually leads to about 9 months of lower back pain. https://t.co/xvso0UhqVd

Final thought: We’re just gonna keep this one simple. Don’t do this. Just, please, don’t do this.