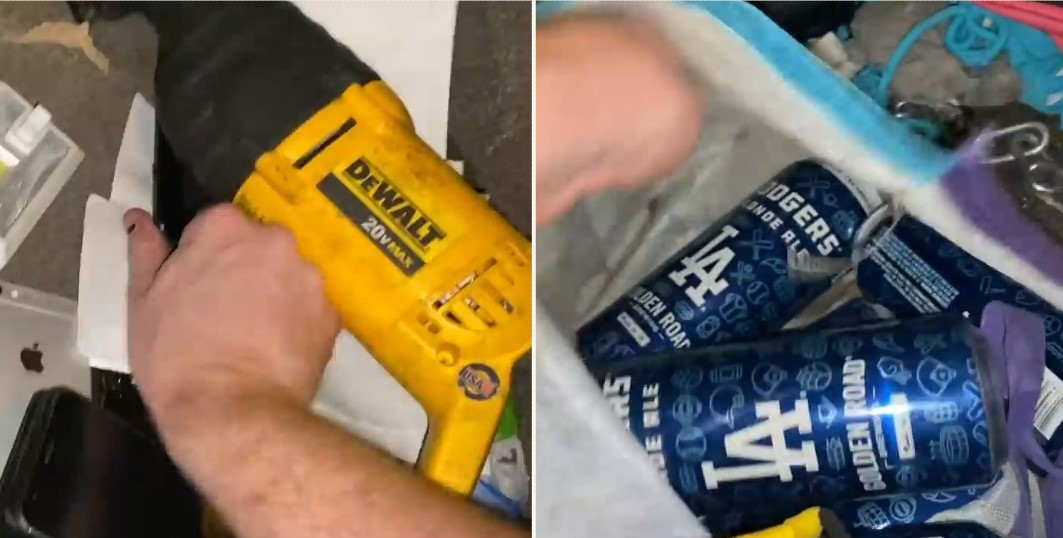 We all know that having your s**t stolen is not fun. Yeah, nah, it’s a real punt in the c**t and we wouldn’t wish it on anyone. That said, sometimes, you’ve just gotta look at your silver linings. One bloke who definitely does that is YouTuber Blake Rosier. After the car thieves who stole his car were arrested, he took the time to go through the s**t they left in his car. Have a squiz…

Yeah, nah, usually, you would expect thieves to move their stolen goods on quickly. Sometimes, though, if they’re interrupted – perhaps to be arrested – they may not have time to get rid of everything. When that happens, you get left to clean up their mess.

That’s exactly what happened to YouTuber Blake Rosier. And we’re gonna say it, Blake has been left with a veritable plethora of random s**t. Deadset, he’s got everything from smurfs to electric saws in there.

At the start of the video, Rosier explains how the cops found the car. “My car was stolen four days ago and the cops found it. (The thieves) were arrested. I’m pretty sure they were Blake Rosier fans, because why would you steal my car if you’re not a fan of mine?” 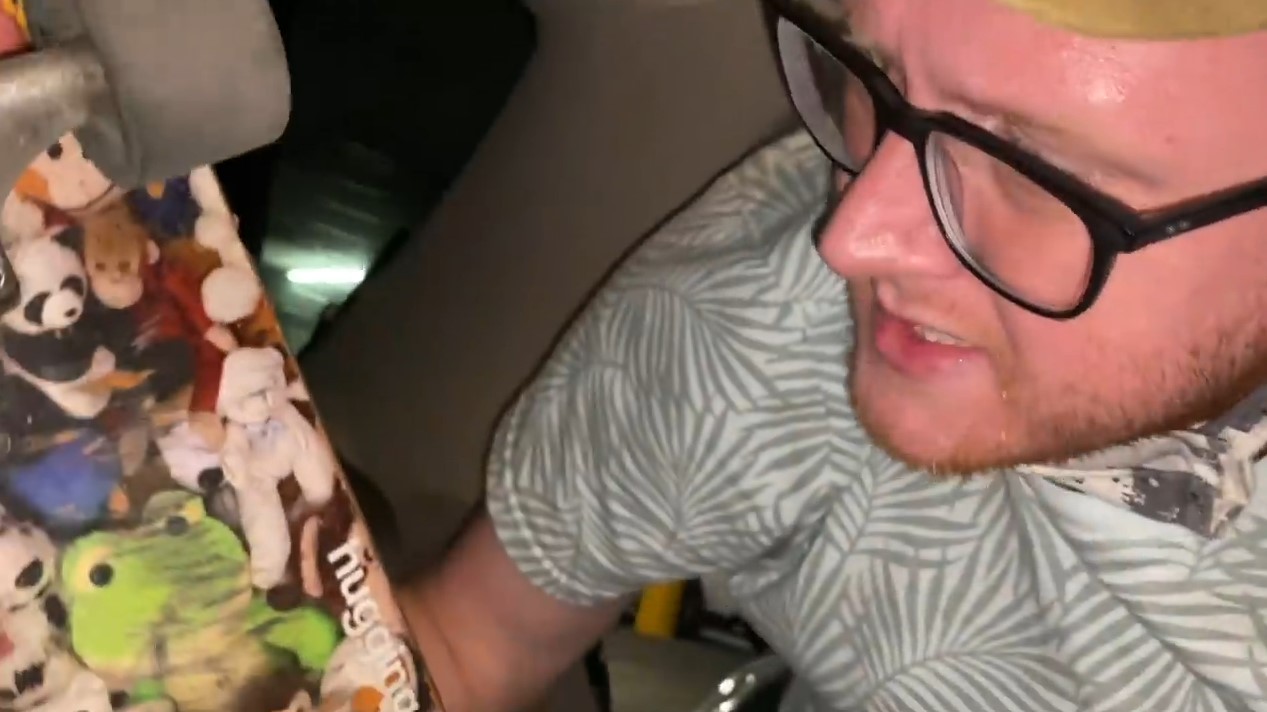 Best of all, though, Rosier takes the absolute state they’ve left his car in with a pretty good attitude. “They stole my car and they left all this cool stuff in it for me to unbox for a video. I know they did this on purpose.”

Once Blake starts going through the car, you’ll understand why some suggested the thieves were kleptomaniacs. There is an absolute mountain of stuff in there. He finds smurfs, drugs, tools, and heaps more random s**t, including items that seem to have been swapped inexplicably for similar items he already had in his car.

“The weirdest part is I had a skateboard in this car in my trunk and that skateboard’s gone, but they replaced it with this worse skateboard. Like, what did they…they must have sold that board to buy the s**tty one.”

Naturally, there’s tonnes more gold in here. Figuratively speaking. Give it a squiz.

Final thought: As we mentioned earlier, having your s**t stolen is never a good feeling. Fortunately, Rosier’s made the best of it. If you’ve been in his shoes, share your thoughts in the comments section. See you there.