If you’ve seen the Kill Bill movies, you probably remember the moment when Uma Thurman, in her role as the Bride, tells the daughter of one of her vanquished enemies that if she still feels raw about the murder years later and wants vengeance, she’ll be waiting. It’s just one slice of awesomeness amongst many in that series, but if she was talking to real-life lawyer, Jordan Kinyera, she might be in deep s**t. Here’s why…

Before we get to that, get your passports ready, ya legends.

Jordan is a f**ken legend. His story is a fair dinkum epic one.

At the age of six, his old man lost the family land in a legal dispute with their neighbours. 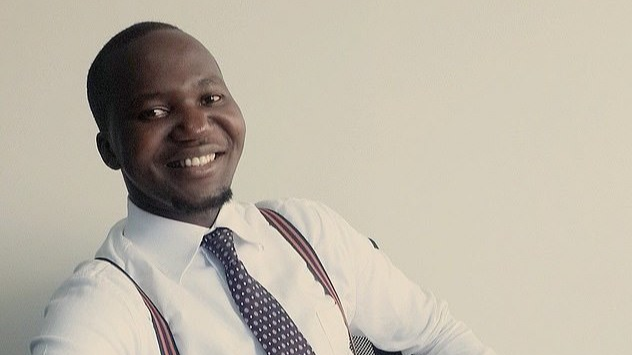 Inspired by this, Jordan would eventually become a lawyer and win that land back for his old man. It would be a long journey of education and dedication, but it was one he had to make.

For those who think it’s an April Fools’ day prank pic.twitter.com/GGNvPZp44m

He told the BBC that, “I made the decision to become a lawyer later in life but much of it was inspired by events I grew up witnessing, the circumstances and frustrations my family went through during the trial, and how it affected us.”

During the course of his youth, Jordan saw the way that desperate situations could affect people and decided he needed to help people experiencing those sh**uations to do something about it.

Despite all that he’s done, he still feels that winning his father’s land back was only a bittersweet victory and wishes he could have done something sooner.

“Justice delayed is justice denied,” he said. “My father is 82 years and he can’t do much with the land now. It’s up to us children to pick up from where he left.”

Moving on from here, Jordan is dedicating his life to helping people in similar circumstances to his own family’s.

Uganda has a huge problem with people who returning home after fighting civil wars to find their land has been claimed by someone else. Jordan says, “there is something dehumanising about being in a desperate situation and not being able to do something about it.”

In 1996, my dad got into a land dispute and was subsequently sued. I was 6 years old at the time. I went through 18 years of education, became an Advocate and took charge of the case. Today, Judgment In the final appeal was delivered in his favor. 😊

Hopefully he can help get some of that justice out there sooner rather than later.

Final thought: It’s always worth championing someone who’s f**ken manned up and knuckled down to achieve something awesome despite the hard work it entails. Good onya, Jordan. You’re a top bloke in our books. Good s**t, mate. Good s**t.