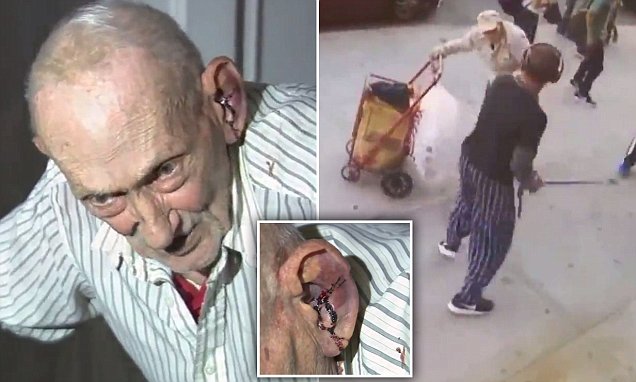 I know we’re only 17 years into this century, but I’m pretty sure we can just crown this guy now. This d!ckhead is officially the douche of the century.

This waste of oxygen is walking down the street wearing wanky headphones and carrying a cane. Now we shouldn’t make assumptions, but I don’t think this guy actually needs a walking cane because he sure can move quickly at the end of the video. 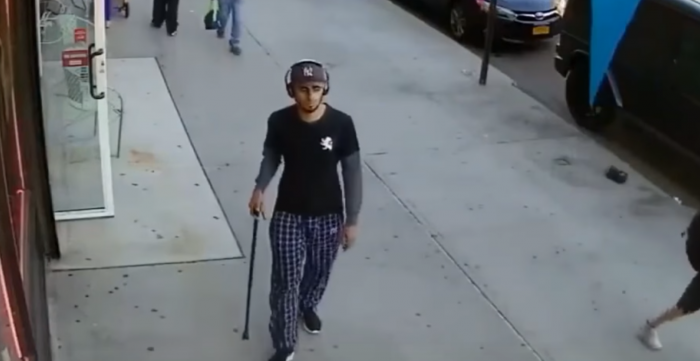 So anyway, he’s walking down the street in New York, and without any provocation, he just takes a side step and tries to kick away this old guy’s cart. After kicking the cart he then swings his cane and brutally whacks the man in the side of the head. 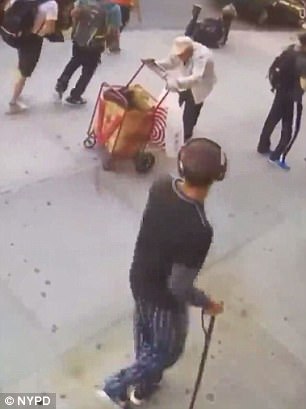 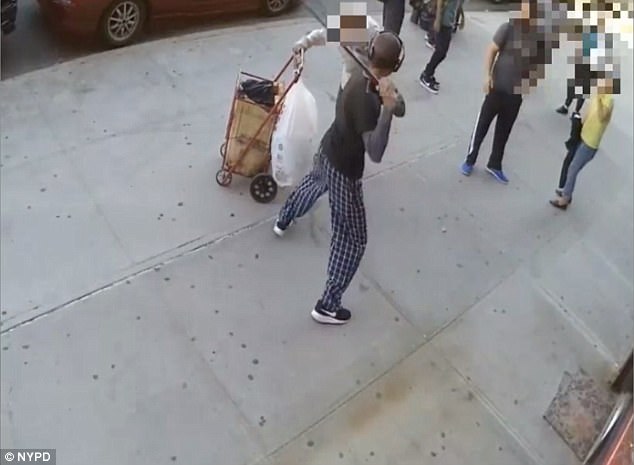 The attack victim, Juan Llorens, was left clutching his ear, which required stitches in hospital. The attack left him deaf in that ear. The only heartwarming thing about this hideous video is how quickly bystanders jump in to pull the d!ckwad off Llorens. They drag him off and then chase him down the street, unfortunately though they were unable to catch the f*cker. 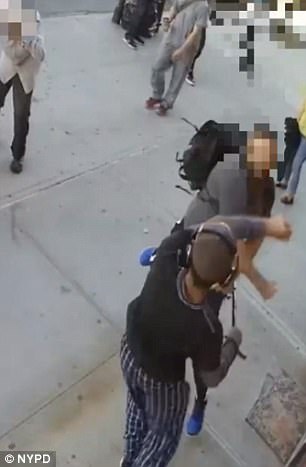 Llorens was interviewed by the New York Post and said “I don’t understand how someone can just attack someone like that. This is someone who is very dangerous.” According to the Post, Llorens has been living in that neighbourhood since he fled Communist Cuba in 1968.

When asked about the attack he said, “they hit me with a big bat. I don’t know who it was. He was young and skinny. He just kept beating me.” I think we can all agree that there is a special place in hell for the a$$hole who did this to this lovely old man.

Check out the video below, and then check out the news coverage for an interview with Juan.