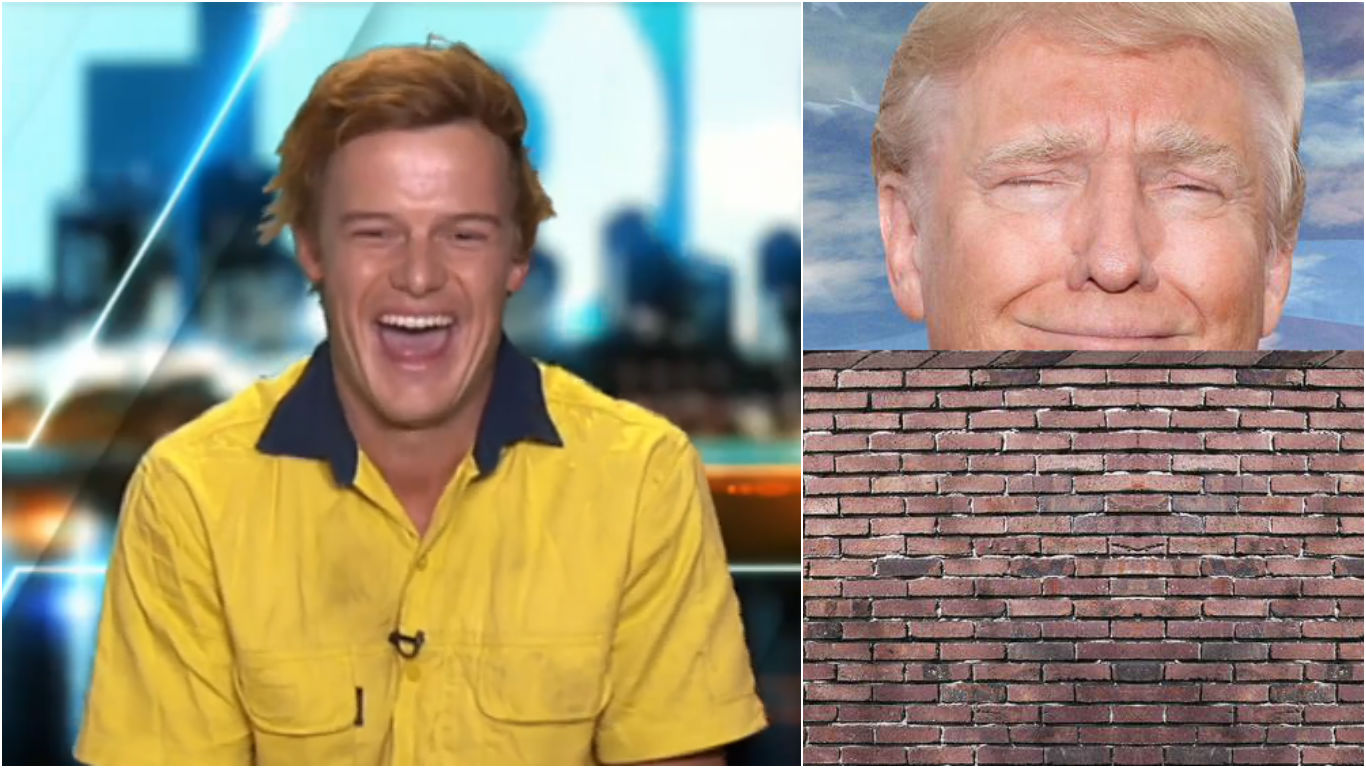 Aussie Builder Gets Asked To Give A Quote On Trump’s Wall, His Response Is Brilliant

The President of the United States has an eager applicant to help him build his wall on the Mexican border. Meet Joey, an Aussie construction worker who reckons he can build the wall that the orange berk wants to keep Mexicans out of his country. “How many walls have you built?” is the first question that the panel asks Joey. “I’ve built enough to know what I’m talking about”. I dunno what his exact number is here but I know after a few beers I know not only how to build a wall but I know how to fix the lawn mower, give the toaster a new furnace setting and build a small plane from my step kids toys. He then gets asked what his price is to build the wall. Just like a true entrepreneur he says he can do it for 10% less than all competitors, then adds that he would like a 30 pack of cold stubbies each day for him and his boys. Now you’re talking.

After getting asked what the foundations are needed to build the wall, the bloke gets deep. He says we need foundations in society. It’s true – only a united nation that are true to themselves can build a wall to keep out next door neighbour. Joey is truly a man of the people.

The panel is getting suspicious and ask him if he has actually built a wall. He said of course he has, his grandfather was the first to take a sledgehammer to the Berlin wall. Sounds legit, and I believe him. Now where’s my beer?