Yeah, nah, we all know that at some point, bloody monkeys are gonna rise up and take over. Our furry cousins have slowly been demonstrating their ability to use tools for a while now, but in a pretty f**ken scary turn of events, one’s gotten loose on the international space station, and it’s clearly pissed! Check it out…

Yeah, nah, we wish all that was true, but the reality is that this story’s even cooler than that. Seriously, we understand the school of thought that being in space could never get boring, but we reckon if you were on the international space station for a whole year, you’d get pretty bloody bored. 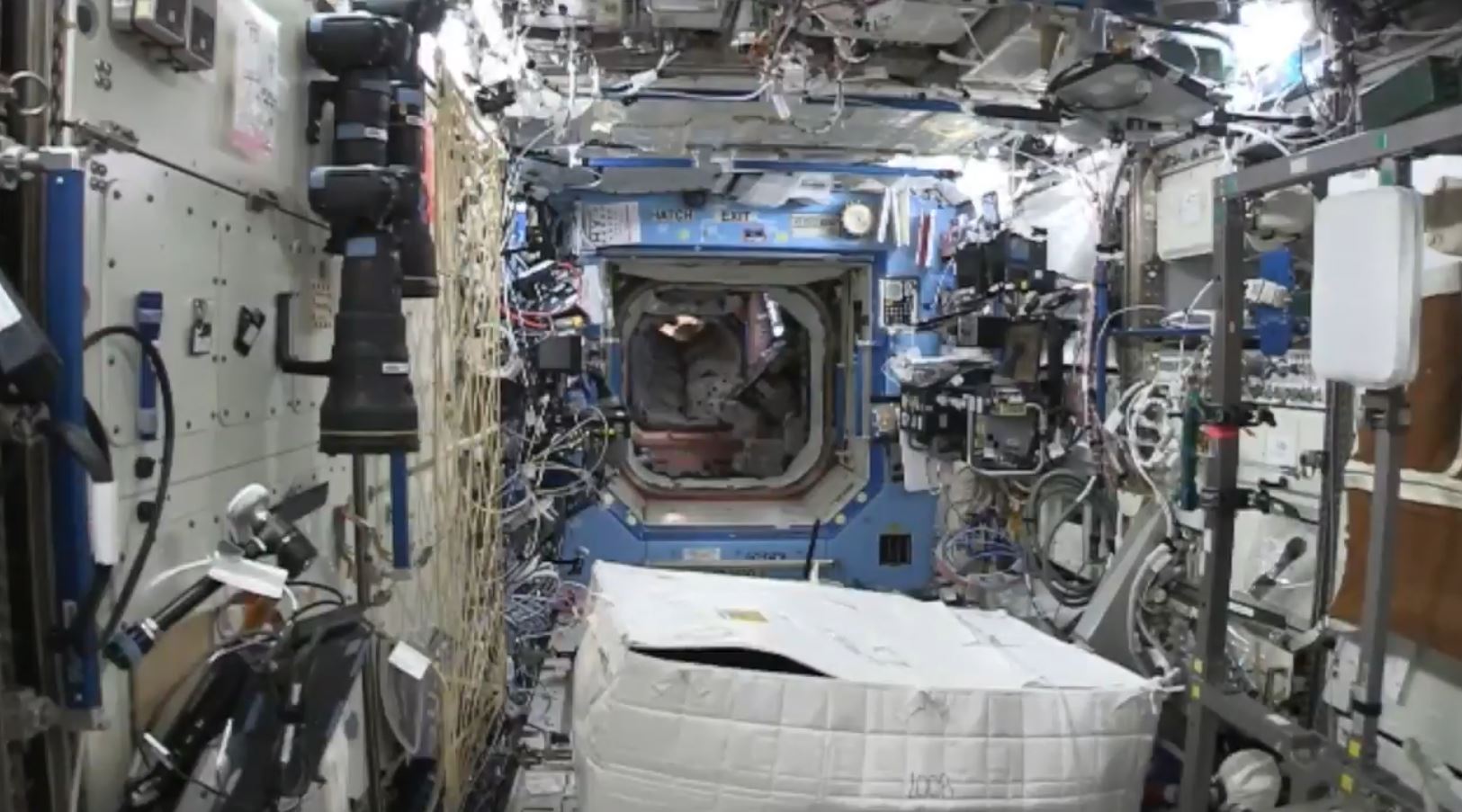 Fortunately, Astronaut Scott Kelly found a way to alleviate that boredom when his twin brother Captain Mark Kelly sent him a gorilla suit. We know it sounds like a small thing, but the results are pure f**ken gold. 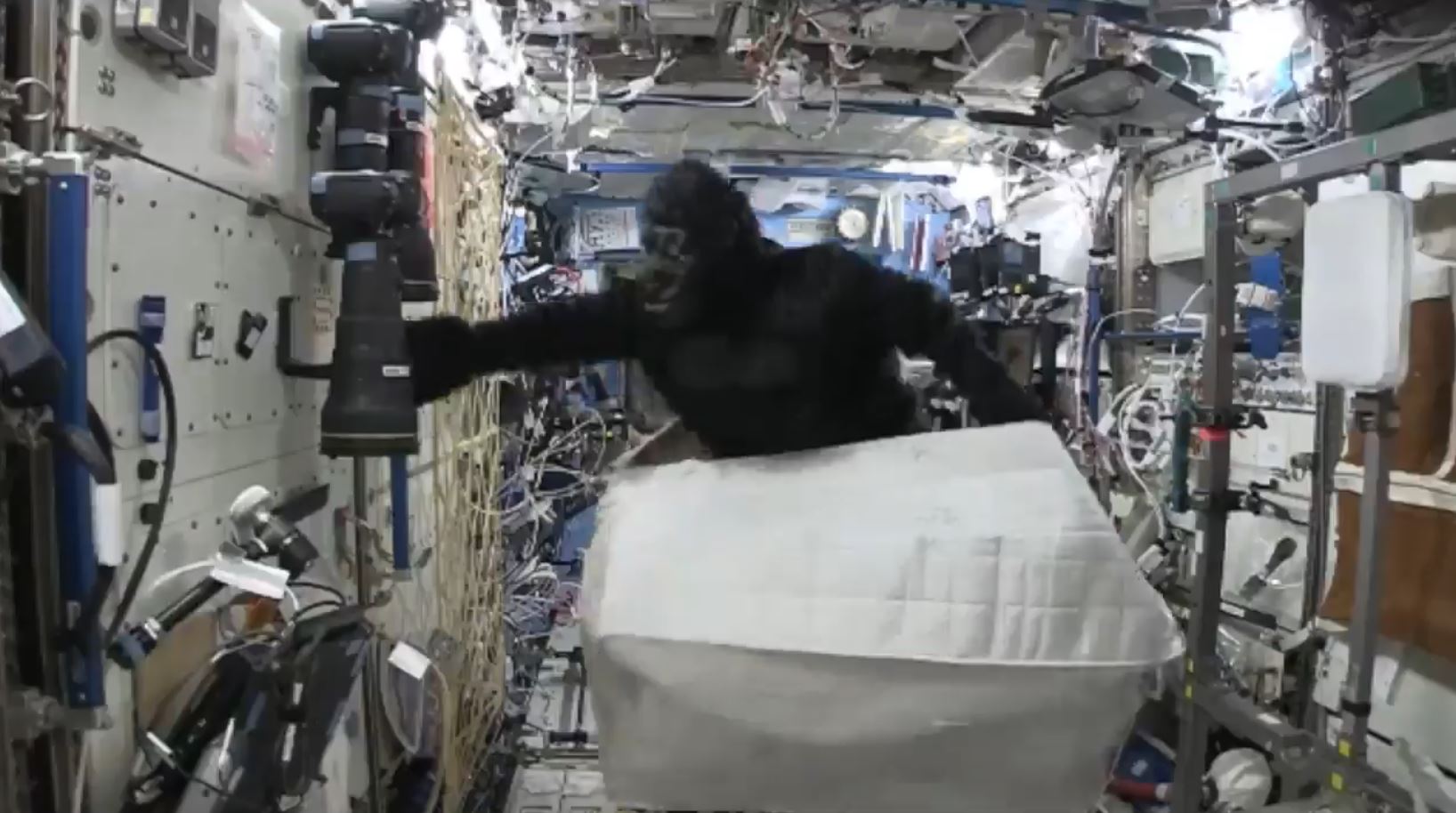 In the video down below, you’ll see how Kelly used the suit to entertain himself and his other crew members. We won’t spoil it for you, but we will say this is definitely a good laugh. Also, for what it’s worth, this one’s a few years old, but with it doing the rounds again, it’s good to check out where it all started!

Um, @StationCDRKelly, I thought you said you had things under control up there on @Space_Station? #ApeInSpace pic.twitter.com/wYu1auoA6W

Captain Mark Kelly shared some of the footage on his Twitter account, commenting that he ‘thought they had things under control up there on the space station?’ 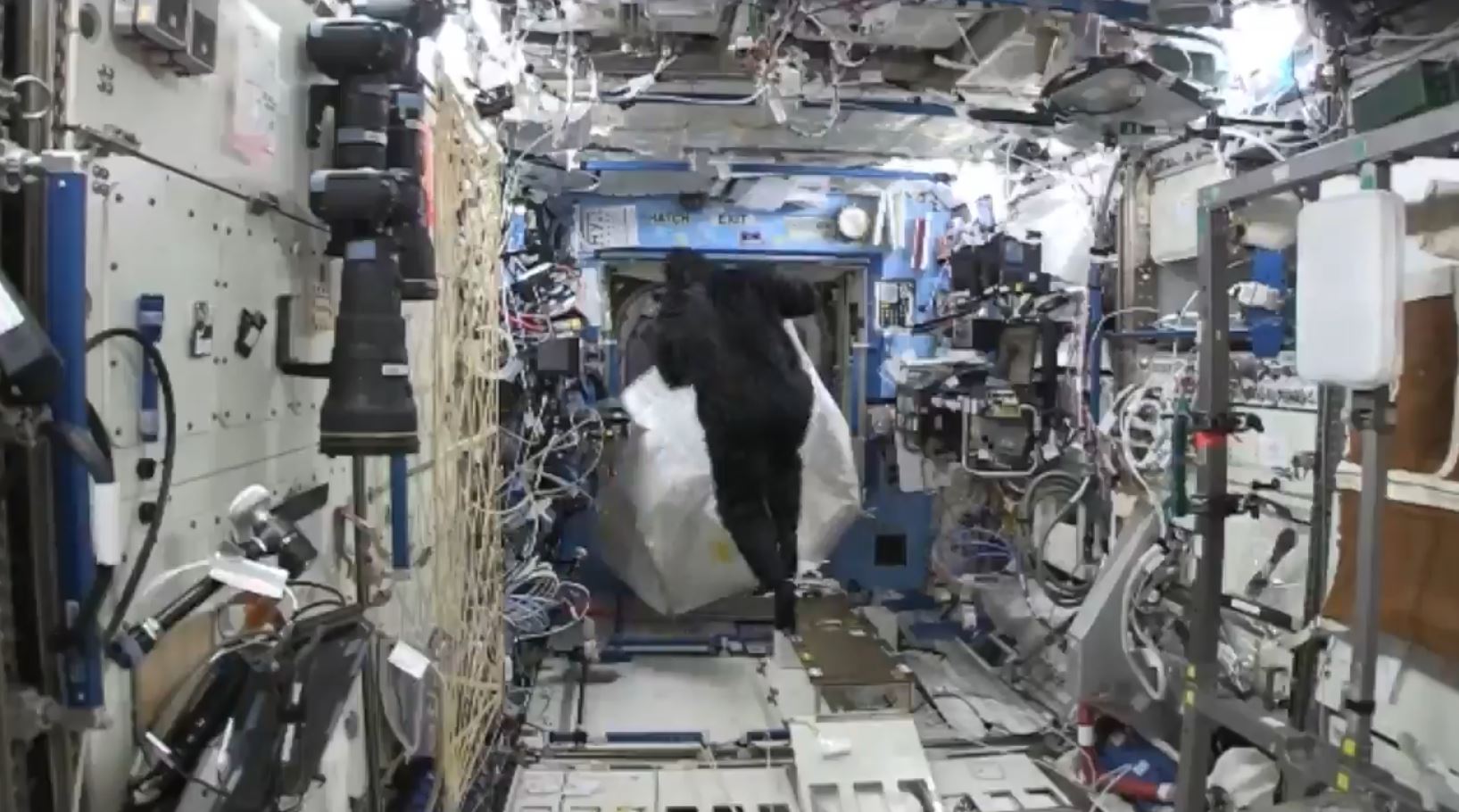 What we’ll say about this is that there’s something therapeutic about watching a bloke in a gorilla suit tearing through zero gravity as he chases his mates around. Yeah, nah, even though the costume is decidedly gorilla, it’s a humanising moment. 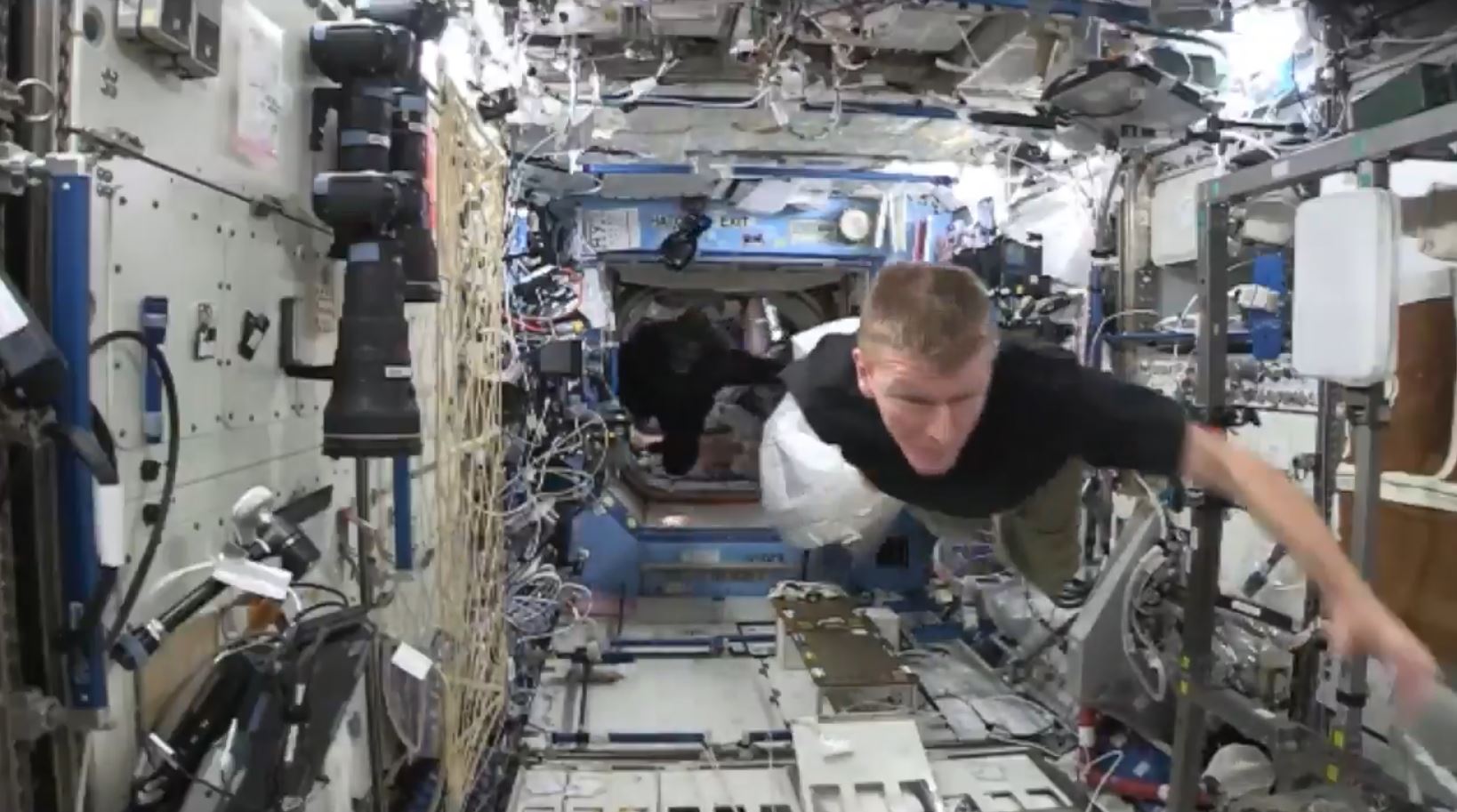 Well, it certainly makes us feel like we would fit in with the boys if we went up there. After all, what’s better than a bit of play on the work-site – even if it is a bloody space station? 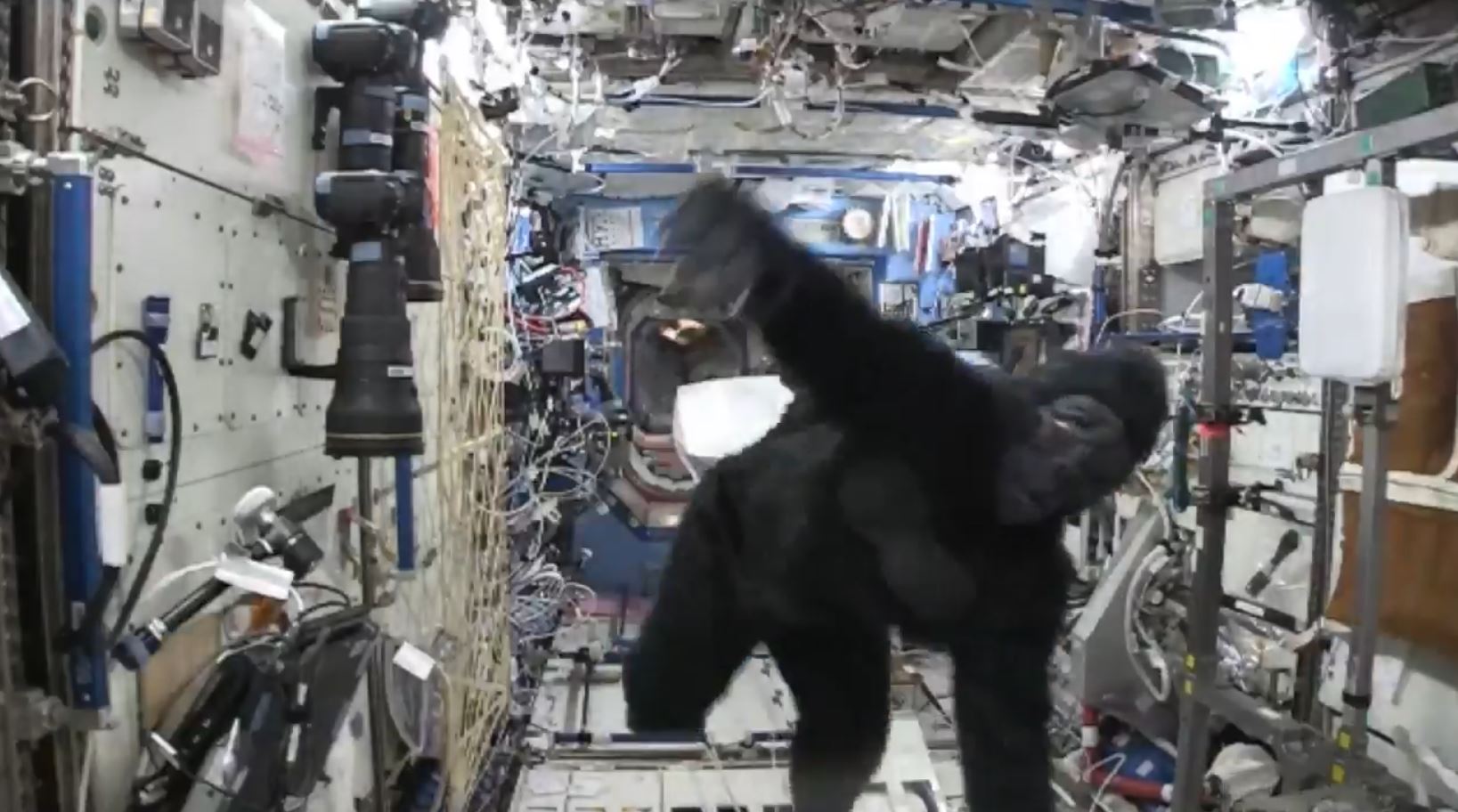 Final thought: Yeah, nah, we love this. It’s good wholesome fun, and it just goes to show that even dedicated astronauts who’ve worked their butts off like Scott Kelly – the first astronaut to spend a continuous year in space – can have a laugh. Top stuff!

Astronaut Mark Kelly once smuggled a full gorilla suit on board the International Space Station.

He didn't tell anyone about it.

One day — without anyone knowing — he put it on…pic.twitter.com/NdnncK0I4U

Bloke sends an attractive lookalike to his high school reunion

School reunions are strange bloody things. They’re basically an event you put yourself through that sees you hanging out with a bunch of people you couldn’t be arsed keeping in touch with in the first place. Yeah, nah...