Yeah, let’s just start with the obvious point, if you haven’t gotten around to watching Breaking Bad yet, this one contains spoilers for all five seasons of the hit TV series. Also, what the f**k have you been doing with your life? But yeah, with the Breaking Bad movie, El Camino now available on Netflix and in select theatres – six years after the show’s epic finale – it might be time for a refresher course on the show’s epic plot. And who could possibly be better than Aaron Paul to provide it?

Considering he’s one of the few characters to come through all five seasons of the series with his life intact, old mate is exactly who you want providing the summary of the show’s brilliant narrative. 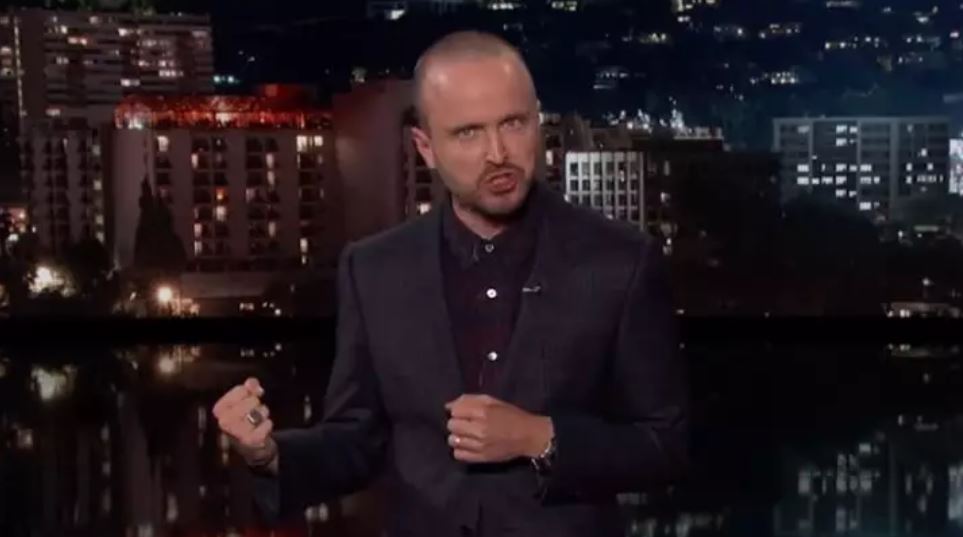 What we like about this, is that Paul, who is a f**ken tremendous actor, delivers his summary in a bloody epic two-and-a-half minutes while guesting on Jimmy Kimmel Live! Not only is he brief, though, he’s also passionate as f**k and he says ‘Science, bitch!’ a heap.

You might not think that’s important, but the overall effect is that anyone who’s seen all five seasons will undoubtedly relive them with his animated recap. Deadset, it’s actually pretty good.

Of course, he leads right up to the point where El Camino starts: him driving away from his Neo-Nazi captors in a stolen el Camino. That alone ought to be enough to get you excited, but if you’ve been wondering if the movie will be worth it, it’s actually a bit difficult not to get excited once you’ve seen Paul’s version of events.

One thing he doesn’t touch on is the rumour that Walter White is actually alive, but that’s probably because he doesn’t need to. The show’s creator, Vince Gilligan has already done that. At a press conference ahead of the film’s release, he said, “”I’m gonna give you that one… Yes, Walter White is dead.” 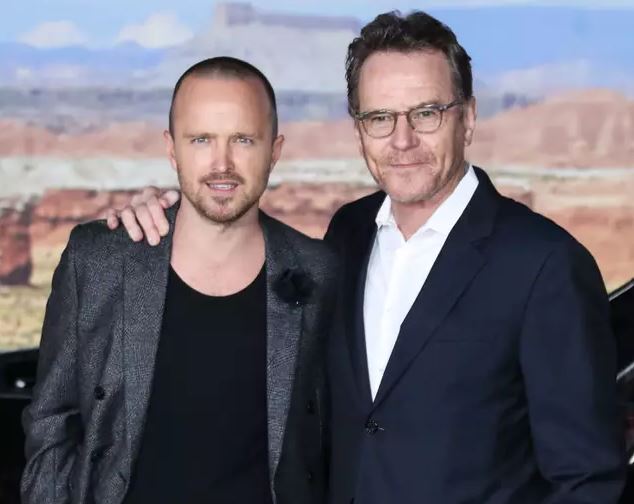 Final thought: We’ve pretty much summed this one up already, but we’ve got to restate it: if you haven’t seen Breaking Bad, now is the time. Deadset, now is the time. If you have, let’s keep the Facebook comments spoiler-free. Just because the show’s old, it doesn’t mean you can spoil it for newbies. Remember how bloody shirty Game of Thrones fans got when book-wankers wanted to talk about it? That s**t was even older than this, so let’s be nice.

The fact that the last decade or so has represented a bit of a zenith for television series has been talked about pretty bloody steadily in recent years. And with television series prospering on regular broadcast TV a...

If you don’t think the Treehouse of Horror episodes are the best episodes of The Simpsons, we’re not sure how to break it to you, but you’ve been watching The Simpsons wrong. Frequently chocked to the bollocks with ex...