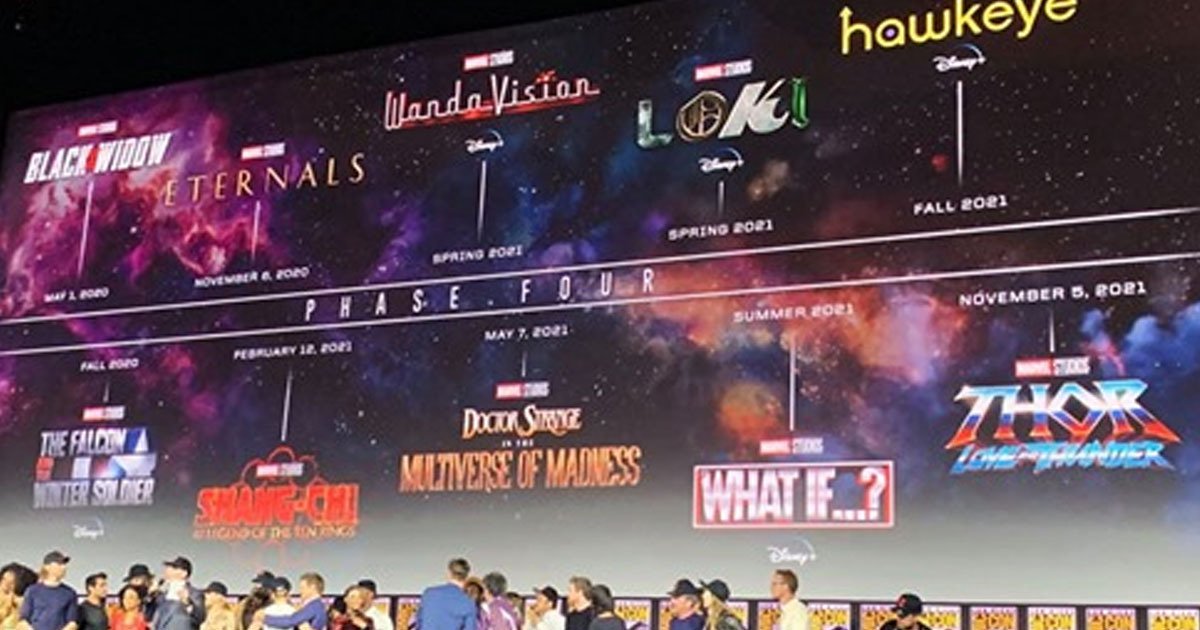 There’s no question that Marvel movies are the duck’s nuts, but with Avengers: Endgame tying up the loose ends of previous phases people have been wondering just what the fug was next for the juggernaut film studio. Thankfully, Marvel Studios’ president, Kevin Feige was on-hand at this weekend’s San Diego Comic Con to let the world know…

While there’s not really much doubt that Marvel’s just gonna keep knocking it out of the park in the near future.

You can’t deny that this moment’s a pretty pivotal one for the company. 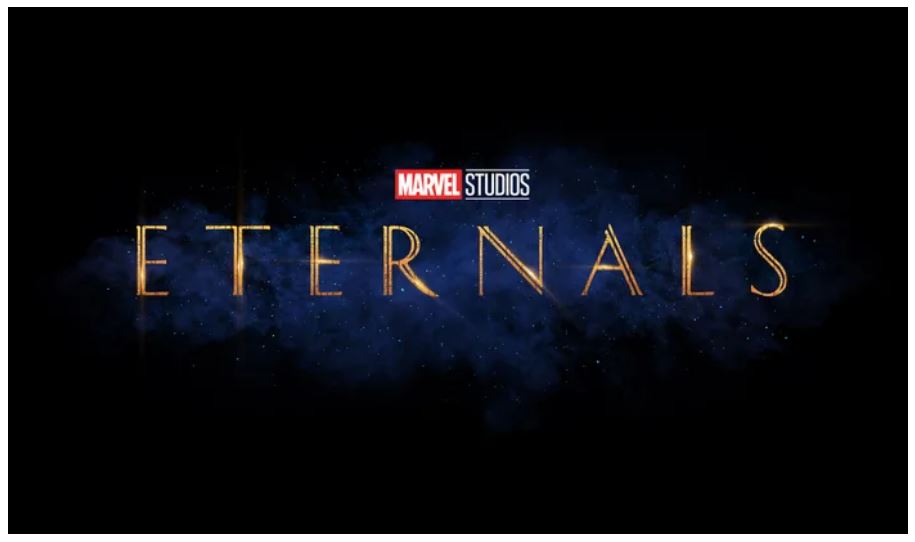 They’ve been riding the wave for a while now, and as we said above, loads of people have been wondering what would happen when big ticket drawcards like Iron Man dropped off and the stars went with them. 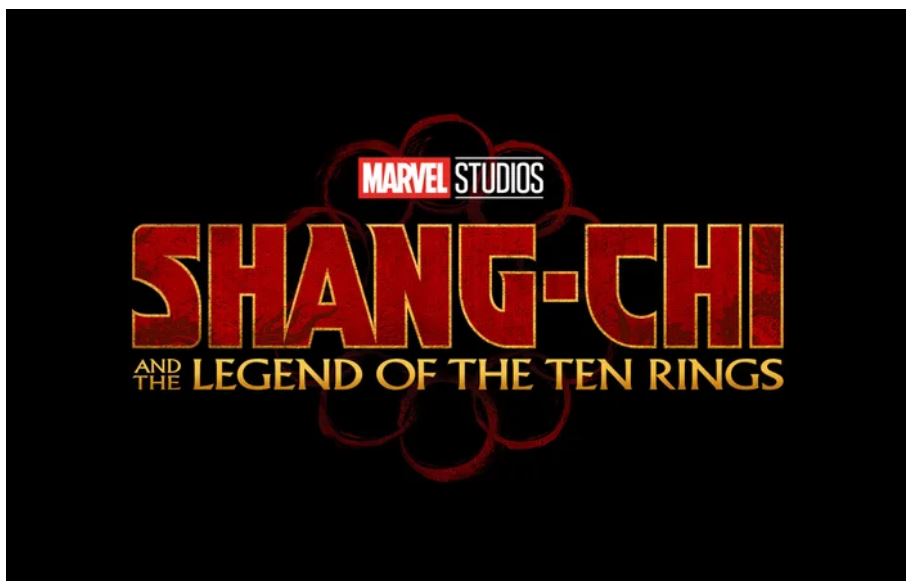 Well, if Feige’s time onstage at the always massive San Diego Comic-Con is anything to go by, the answer’s pretty bloody simple: more of the same and a few new items to get your dick hard and your hoo-ha moist.

On the movie front, they’re coming out swinging with loads of good stuff, but what we wanna talk about is bloody Blade. Believe it or not, Wesley Snipe’s Blade was the movie that kickstarted the revolution for Marvel. The success of that one led to X-Men and from there, s**t went bananas. 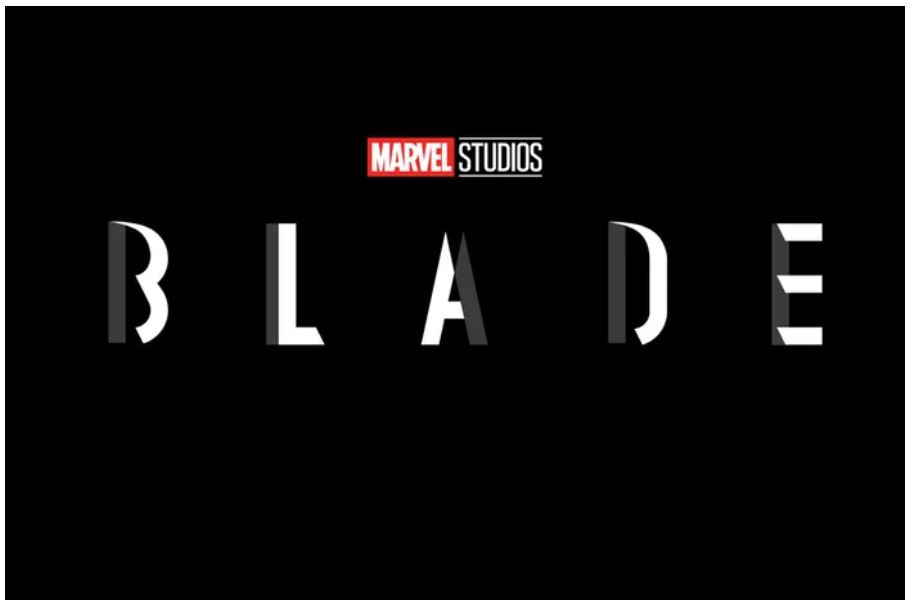 With True Detective’s Mahershala Ali taking the mantle from Snipes – and Sticky Fingaz, who starred in a rarely talked about television series in 2006 – there’s reason to get excited about this one. Let’s just hope they’ll embrace that R-rating Deadpool and Logan have succeeded with.

Anyway, the other movies they’ve announced include tonnes of gold:

Obviously, we can’t not talk about their decision to finally embrace some girlpower in their movies.

Helped no doubt by the success of Wonder Woman, Marvel – whose comics have been pretty strong social justice advocates in recent years – are gonna give Black Widow some long overdue love, but it’s Thor: Love and Thunder that’s got everyone talking. 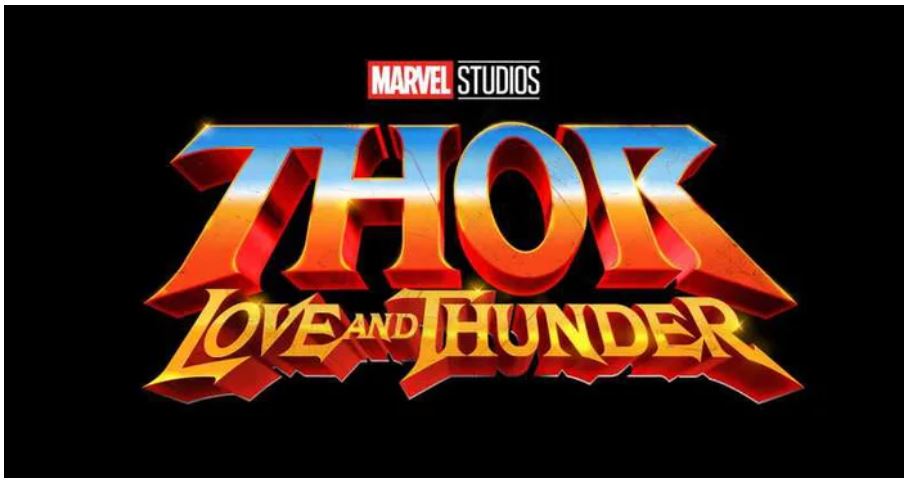 Not only does it have Taika Waititi back at the helm, Jane Foster, Thor’s earthling girlfriend is going to become the Mighty Thor. This is something we saw in comics recently – and it’s bound to be a s**tload of fun. Especially with Waititi reprising his trademark style. 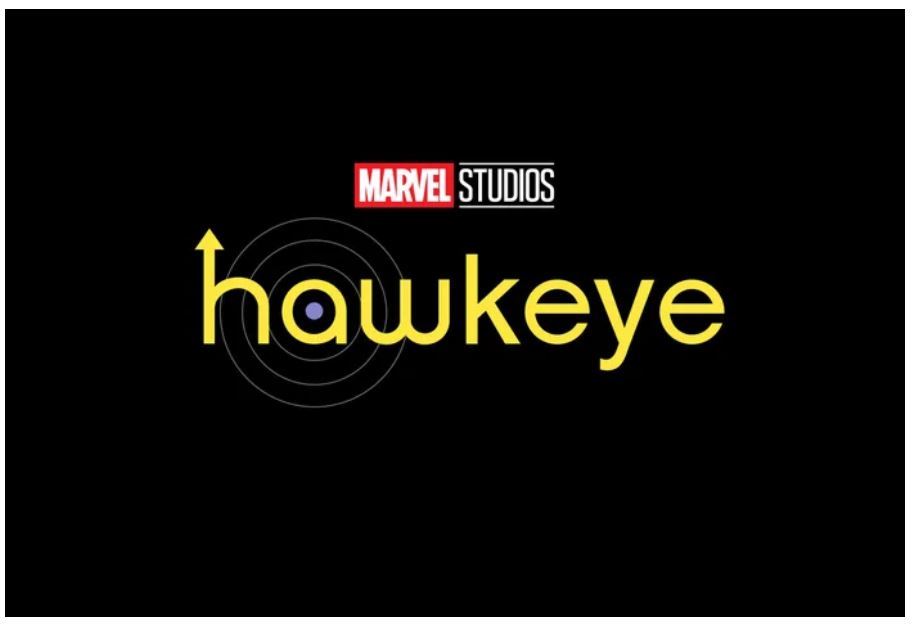 Of course, there’s more to get excited about. This is Marvel after all. You may know that Disney + is about to launch and that Marvel’s now owned by Disney. When Netflix cancelled all of its Marvel television shows, there was speculation Disney + would reinvigorate Daredevil, Punisher and the like. 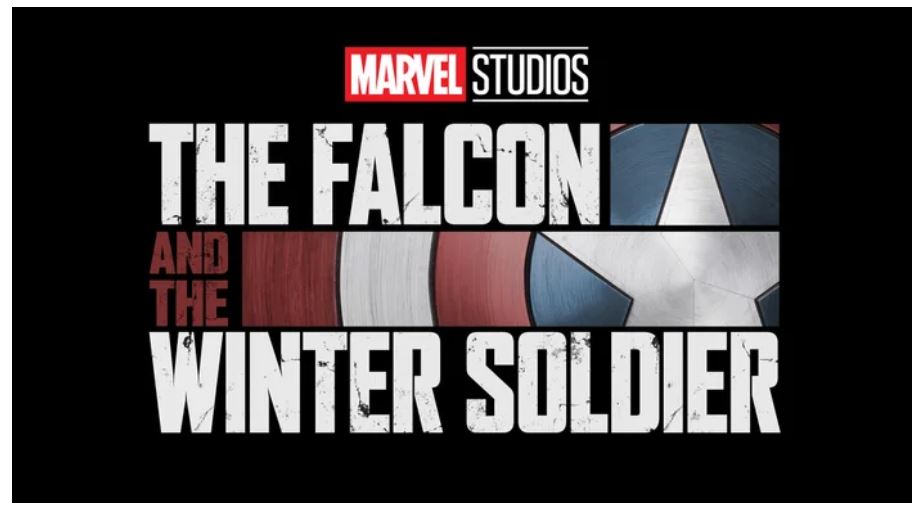 So far there’s no word on that, but some of your favourite Avengers are coming to serial form. Check this out:

Each of these legendary characters will have television series starring the actors who’ve made these roles their own. But while that’s reason enough to get excited, the last one of these, What If…? Is a proper reason to celebrate.

The animated series will bring the company’s legendary What If…? Comics to life.

It’ll present alternative realities that ask big questions about the universe and the characters in it. You know, questions like What If Spider-Man joined the Fantastic Four, What If Venom Possessed the Punisher or What If Deadpool Was a Failed Spider-Man Clone? 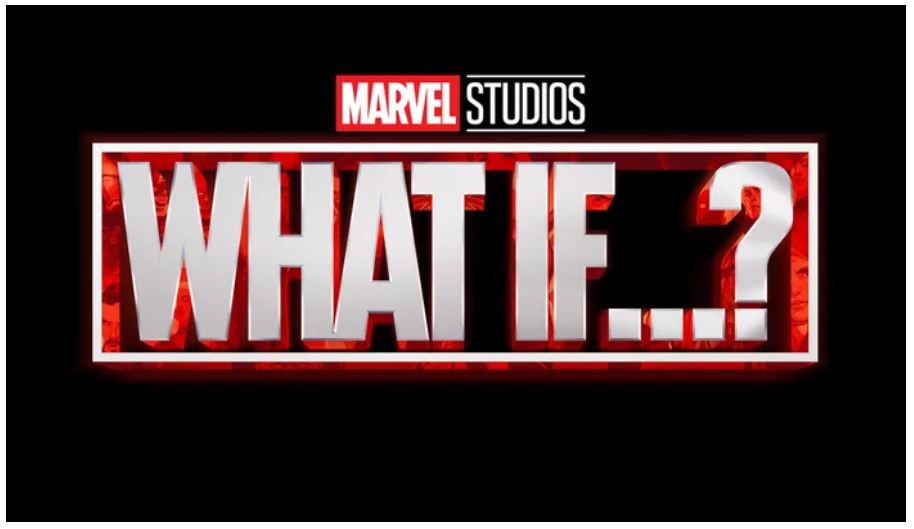 Obviously, there are some legalities around rights with certain characters, but this should be a whole bunch of fun.

Final thought: These announcements are pretty bloody huge. Considering Feige also confirmed Guardians of the Galaxy 3, Black Panther 2, Captain Marvel 2 , Fantastic 4, and The Mutants, all that’s left now is for them to make another bloody Punisher movie or announce Ka-Zar. Fire off in the comments with future movies you want to see them make.

Just in case you missed it, here’s one of Ozzy’s latest commentary videos…Ozzy Man Reviews: Interview with Tom Holland & Guess the Ozzy Slang