You know, we hear a lot of bullsh*t these days about how the youth of today are f**ked and there’s no hope for the future and that people aren’t interested in looking after each other in this day and age. Thankfully, there’s always some top bloke or sheila around to put the lie to that nonsense and prove it wrong. With that in mind, enter Clara Daly, a true hero in every sense of the word!

Clara was on an Alaska Airlines flight from Boston to Portland last week when she heard that the crew needed someone who could communicate in sign language. 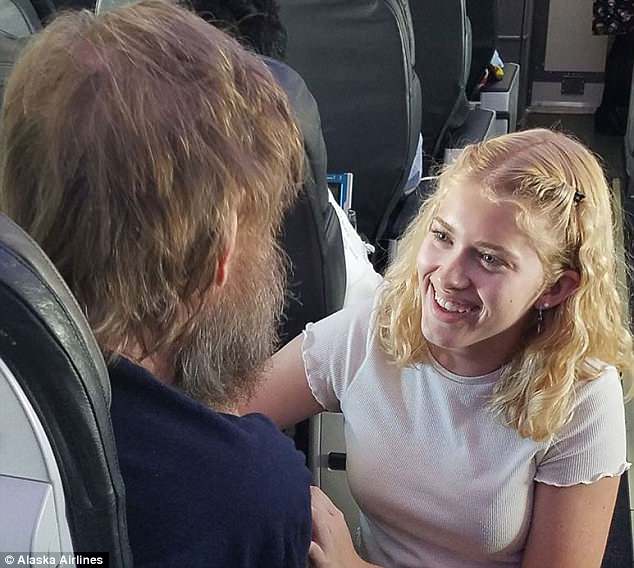 She could have rolled her eyes, said, “like, no way,” and gone back to her mobile phone, but she’s not typical of the ‘disengaged youth’ your olds reckon are a new thing. Yeah, nah, not even a little bit.

Young Clara stepped up and announced that she was the girl they were looking for. It turns out the crew was in deep sh*t without her. There was a bloke on the plane called Tim Cook. Tim is deaf and blind and pretty much unable to communicate without the help of sign language and an interpreter.

When he became agitated on the flight, the crew had no way to talk to him. And that’s where brave young Clara comes in. She introduced herself by signing into his palm and comforted the poor bugger and hung out with him, making sure he was looked after on the flight. 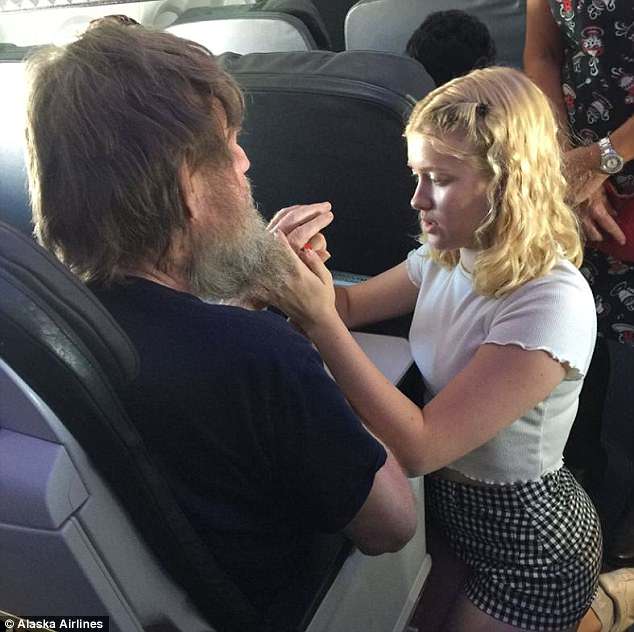 Praise for the young lass came from all quarters. Lynette Scribner, who was seated next to Tim, told Facebook, “I saw this man, Tim, in Boston’s Logan airport with the sister he’d been visiting… it appeared he was both deaf and blind. The attendants sincerely wanted to assist him, but had no way to communicate. That’s when this lovely young woman came into the picture. 15 years old, she learned ASL because she had dyslexia and it was the easiest foreign language for her to learn. For the rest of the flight she attended to Tim and made sure his needs were met.”

The highest praise for young Clara came, obviously, from the man she helped. “She’s an angel,” Tim told KGW8 news in Portland.

So how did Clara respond to the events? F**ken humbly, to be fair. ‘For the last hour of the flight we just were talking, having a conversation about life,’ she said. ‘They call you extraordinary but it’s just something that you do. He took such joy in a conversation that we take for granted.’

Tim and Clara’s flight ended with a big hug. Now that, that, is some heartwarming sh*t. 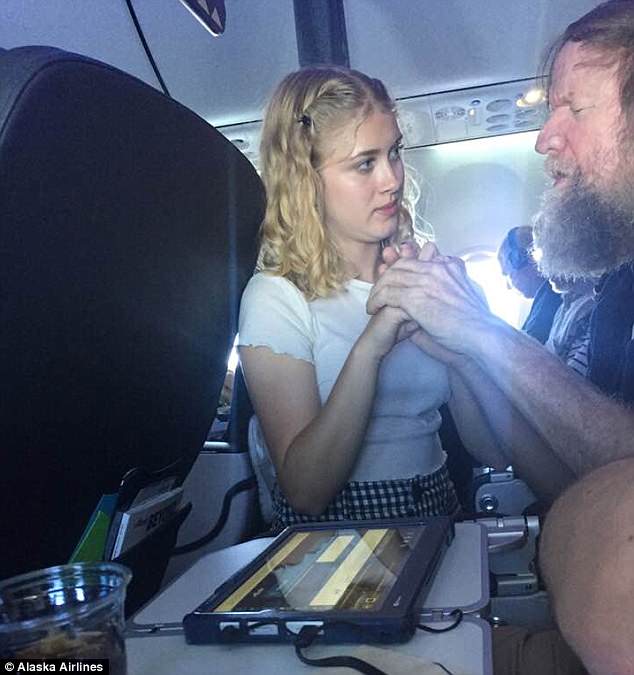 Final thought: Next time some old f**k tells you the youth of today are selfish little pricks, point ‘em in the direction of this story. That’ll show ‘em. As for Clara, bloody well done! You’re a top sheila and, as Timmy reckons, “an angel.” Good sh*t.

As you’re probably aware, the first COVID vaccine jabs have been administered here in Ozzyland, and as is always the way here in Australia – particularly when our nation’s bumbling Prime Minister is on the case – it q...