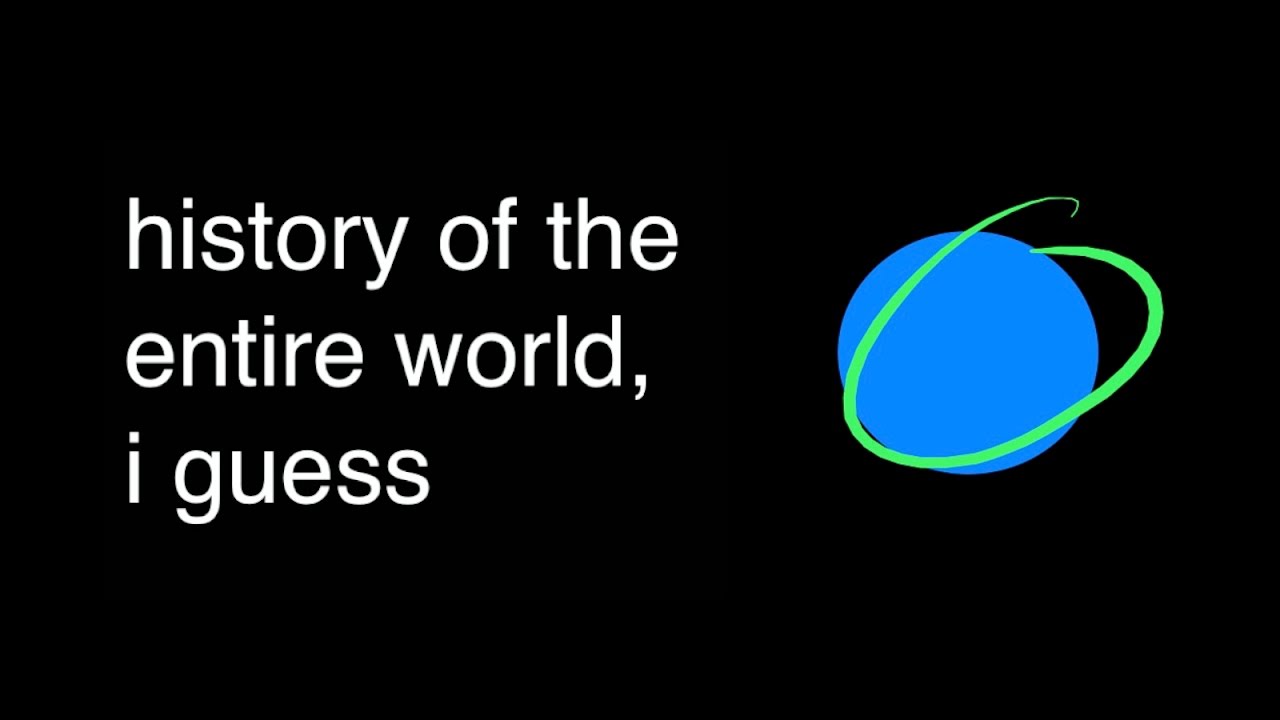 The Most Entertaining ‘History of the Entire World’ Video Ever

From the legend that brought you the viral sensation history of japan comes an even more ambitious project: history of the entire world, I guess and it’s absolutely f*cking glorious.

If you haven’t seen it already, do yourself a favour and check out history of japan by Bill Wurtz. You can do so by clicking here. Don’t worry, I’ll wait….

Pretty f*cking awesome, huh? Well, if you thought that was good, get a load of his much anticipated follow up.

In this 20-minute animated video, Wurtz brings his viewer from the big bang and the conception of time and space, through molecular changes, all the way to civilisation, war, global warming, and the technology and population booms. These topics really shouldn’t be that funny…

He finishes his masterpiece by asking the rhetorical question: “by the way, where the hell are we?” before thanking his (soon to be) millions of viewers for watching.

When Reddit got hold of his history of the entire world, i guess it shot to the top of /r/videos so goddamn quickly that the site didn’t even have time to generate an upvote count for it. Needless to say, this thing is gonna go viral in the next couple of days. Part of the joy of watching Wurtz’s videos is that they hit you with such breakneck speed that he’s normally onto the next point before you’ve had time to take it all in. At times, his can feel a bit like information overload but that’s part of the fun. Plus, it means that his clips are endlessly rewatchable. At last count, history of japan was about to hit 25 million views. The wildly popular lecture has spawned countless memes (such as “How ‘bout I do anyway?” and “knock knock, get the door, it’s religion”). WATCH ‘HISTORY OF THE ENTIRE WORLD, I GUESS’ ON THE PLAYER BELOW: