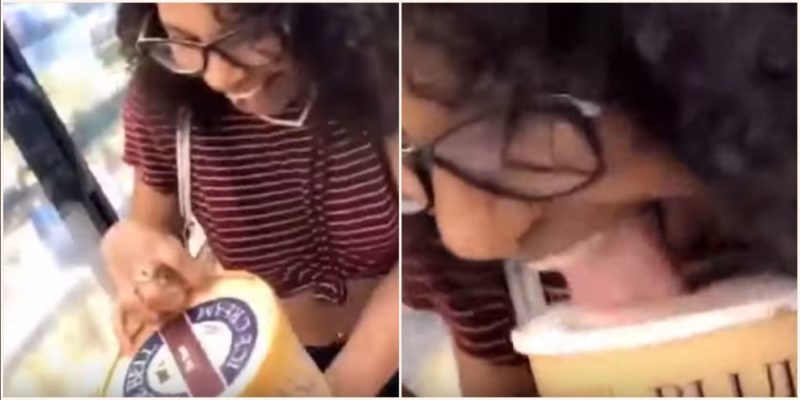 There are some things in life you just don’t do. Well, some things in life that regular folks don’t do. Obviously, you’ve got all your major crimes in there, but we’re not talking about that. We’re talking about the gross stuff. You know, like licking food and putting it back. Everyone knows that is pretty much a major contender for the gross-out awards. Considering one sheila has filmed herself doing just that with a container of Blue Bell ice-cream in a supermarket, people are understandably aggro. 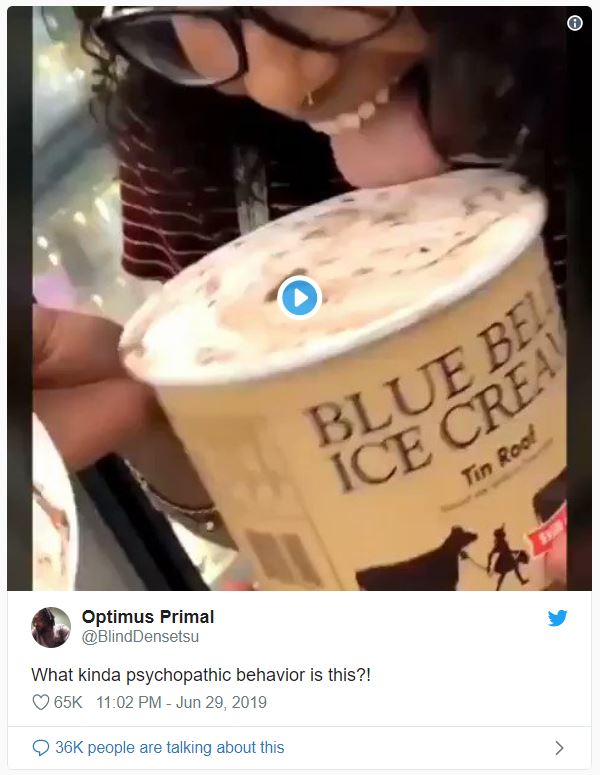 So, to give you a little bit of context, the sheila – who has been identified – opens a carton of ice-cream in the supermarket. With the bloke filming providing cheerleading services, she gives the ice-cream a big ol’ lick, puts it back inside the freezer, throws up the deuces and bails.

To make matters worse, the chick – who goes by the name of Asia – boasted about the incident on her Instagram and claimed she’d recently had the flu. As you can imagine, people’s anger levels climbed from ‘pissed off’ to ‘bloody outraged’. 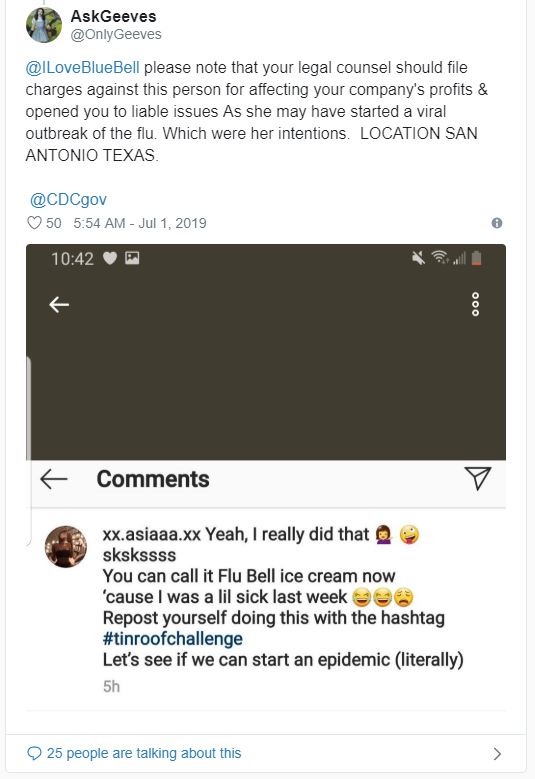 In fact, they’ve even been hassling the local police to find out why an arrest hasn’t happened. In Texas, it’s against the law to tamper with food if someone could be injured as a result. Transmitting the flu virus by licking the ice-cream and letting some other poor bugger eat it definitely qualifies.

Now, we’ve no way of knowing if it’s true or not because police haven’t confirmed or denied, but another sheila on Twitter, Dynasty, reckons ‘Asia’ has been charged with a felony. If that’s true, it could mean a fine of $10,000 or prison for anywhere from two years to life.

To finish off, someone with a bit of grey matter has asked the ice-cream company why the bloody hell their products weren’t hygienically sealed. Here’s their take on it:

“During production, our half gallons are flipped upside down and sent to a hardening room where the ice cream freezes to the lid, creating a natural seal. The lids are frozen tightly to the carton. Any attempt at opening the product should be noticeable.” 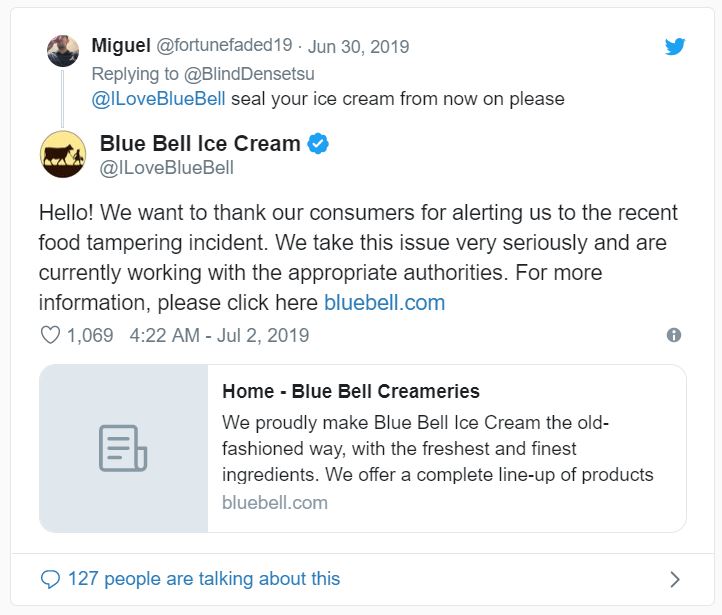 Hmmm….yeah, okay then. Sounds like a good way to operate.

Final thought: We all know that bloody ferals like this should be left to fend for themselves in the deepest darkest depths of the wilderness where they belong, but Blue Bell needs to front up and start sealing those ice-creams. They’ve got like, a moral obligation or something, man.