Doctor’s issue a warning against this new ‘bum-sunning’ craze

You might remember the sheila who was promoting the idea of bum-sunning on the internet the other day. If you don’t, Metaphysical Megan is her name and this cheeky lass jumped online to tell the hole world that exposing your s**tter to the sun’s life-giving rays would give you a boost of energy, increase your ability to ‘attract your desires’ and, basically, live an awesome life. In a completely unexpected move, a renowned doctor has poo-pooed the practice.

Yeah, nah, we’re a little shocked by this. You know we like to give everyone a fair go, and when we saw an internet expert with no medical or scientific credentials promoting the practice, we thought it was a great one to add to our repertoire of sun-based wellness practices. 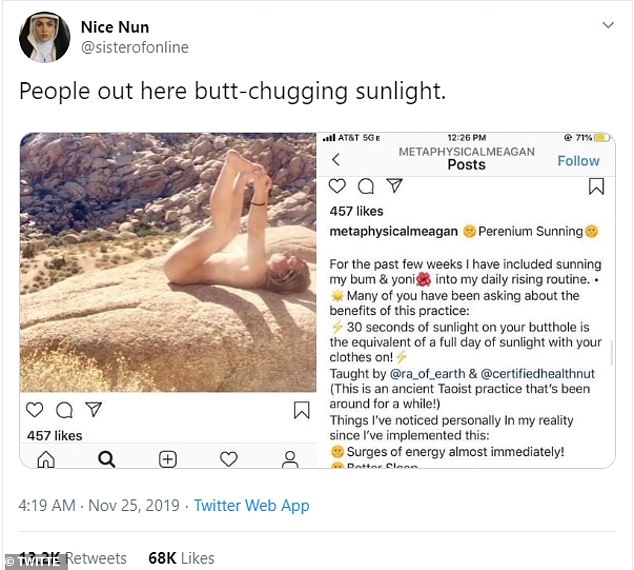 Deadset, we’ve taken a page out of Pete Evans book and taken to staring at the sun every morning. Don’t get us wrong, our eyes are completely f**ked now, but we feel great. So, as we alluded to before, as soon as we read about bum-sunning, we knew we were gonna get our brown-eyes in on the action.

So, you can bet we felt a little stupid when Dr Jennifer Gunter, the sheila who wrote The Vagina Bible, got online and explained that the whole idea was a pretty good way to send your sphincter to Destination F**ked. 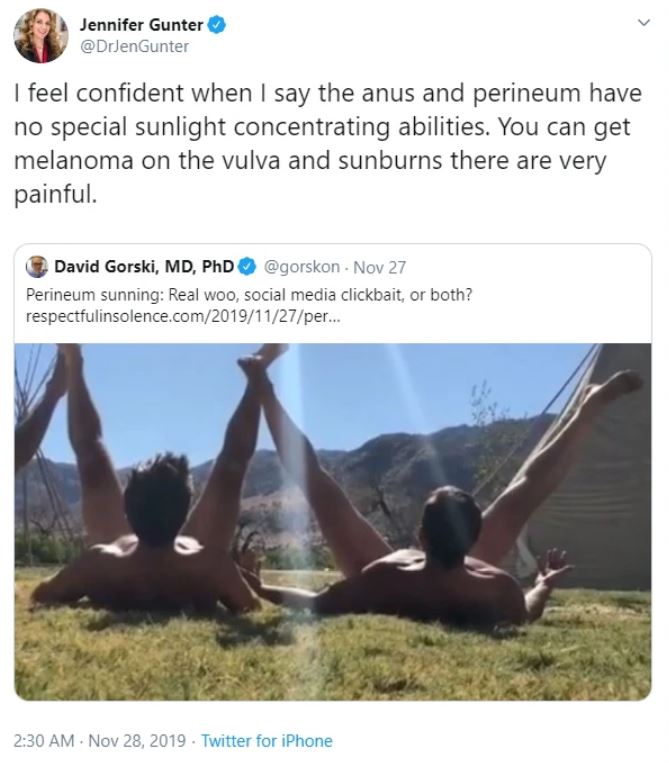 “I feel confident when I say the anus and perineum have no special sunlight concentrating abilities. You can get melanoma on the vulva and sunburns there are very painful. Guys, I shouldn’t have to say this: please don’t try this yourself. It’s almost certainly a way to end up red and sore in a place where you really don’t want to be either…”

After Gunter – and others – criticised her, bloody Metaphysical Megan realised she was on the internet and could respond in a number of ways. First, she could, if she was so inclined, respectfully debate her opinion. Clearly, she didn’t.

Yeah, nah, it’s the bloody net. She saw a more educated opinion that contained a smidgen of common-sense and decided to get on her high horse, ride it up the ivory tower and tell her detractors to kiss her blistered bunghole.

“I know I TRIGGER the f*%# out of people! Since I was a young child, just my mere existence and BEING has triggered a lot in others. This is actually one of my favorite things about me. [sic]” 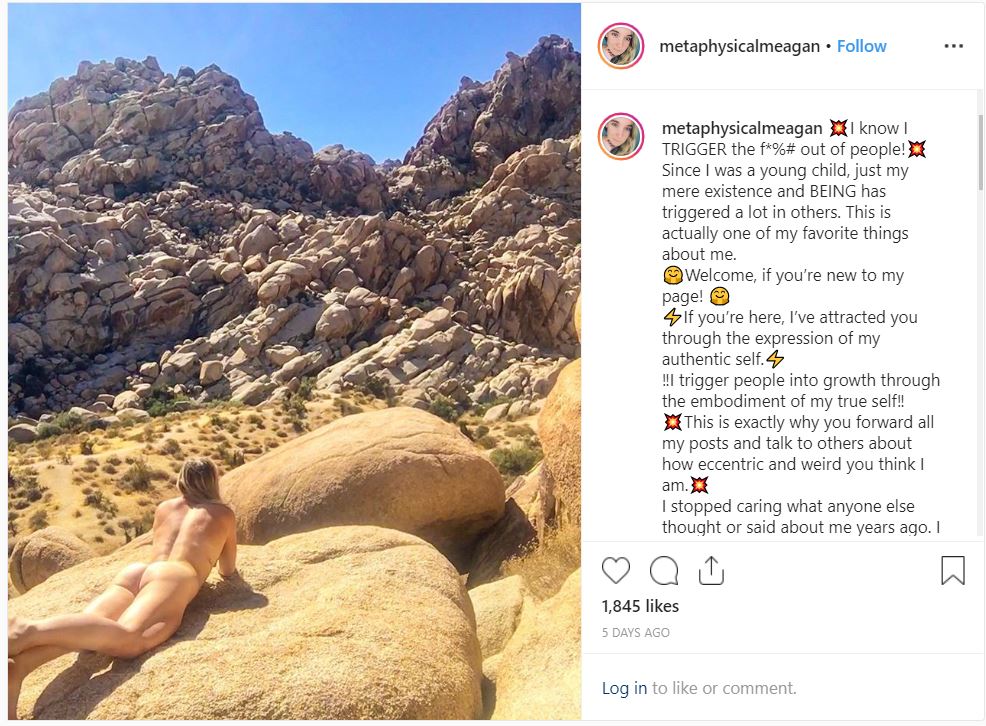 Nicely done, Meegs. You bloody tell ‘em. We reckon it’s your south mouth and you can do what you want with it. Deadset, you want a burned balloon knot, you go right ahead.

Final thought: In fairness, we do kinda reckon that stuff like this should have a mandatory sticker that says, ‘just in-case you’re not real bright, this is total bulls**t.’ We’d like to trust people, we really would, but, you know…we’re pretty certain there’s more than a few folks out there who’ve already adopted the practice. Aren’t you?