We know we’ve given anti-vaxxers a bit of s**t here in the past, and we still urge everyone to make sure they vaccinate, but on reflection, we reckon we might be able to learn a thing or two from Ethan Lindenberger, the kid who went against his mum’s wishes and got vaccinated once he turned eighteen. Here’s why: it’s still possible to treat people with respect if you don’t agree with them, and this fella’s shown how easy it is. Deadset, check out his recent Reddit AMA… 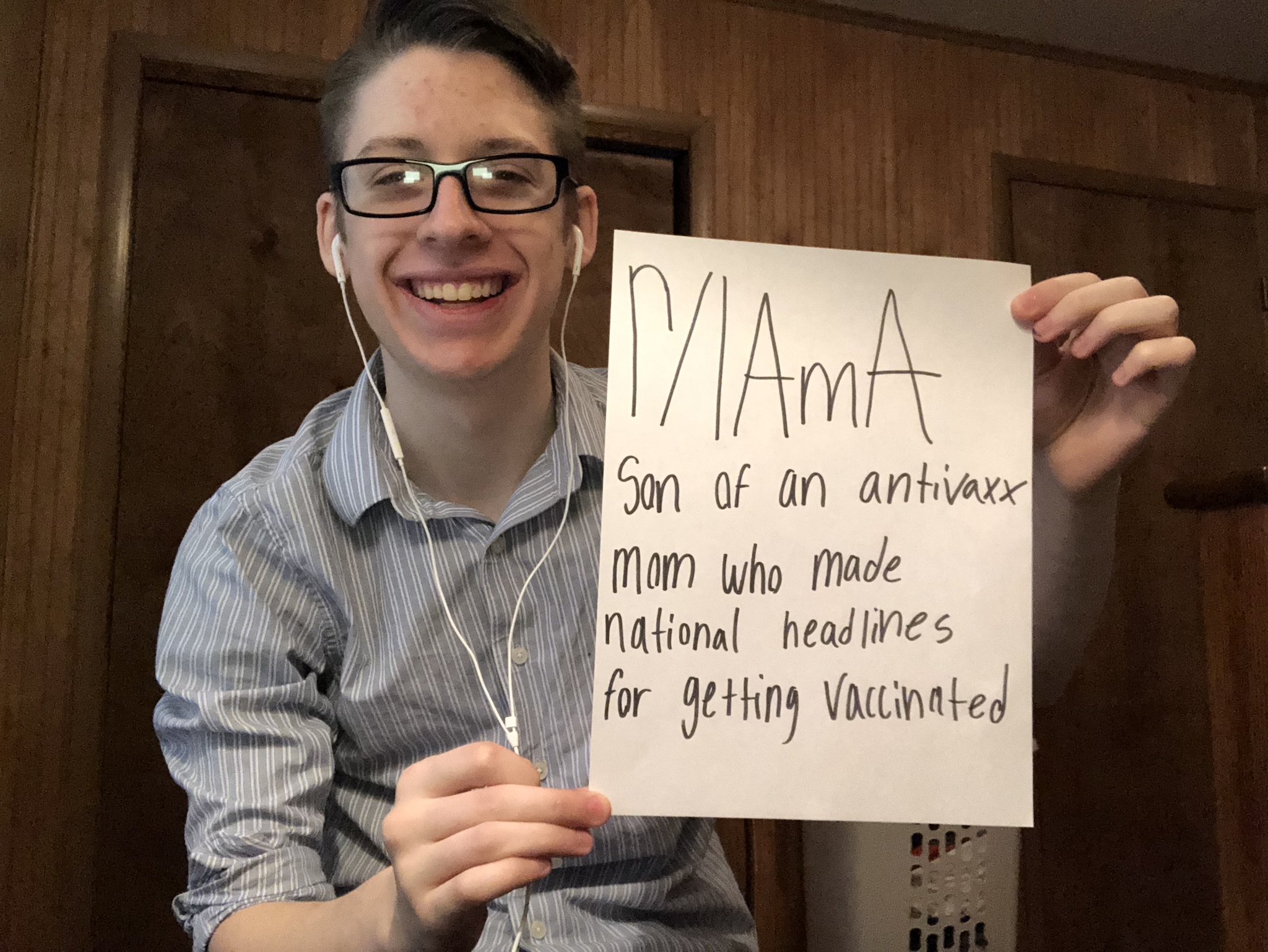 So, for a bit of context, you blokes and blokettes probably heard about this young fella. His story went viral earlier in the week, and he’s shown himself to be a bit of a stand-up fella. Basically, his Mum, a staunch anti-vaxxer wouldn’t vaccinate him. Upon getting some advice from Reddit, he decided to do it himself. The story went gangbusters and he’s since opted to run an AMA on Reddit.

Before we go on, though, the takeaway from this – that’s relevant to all walks of life – is that we shouldn’t just hang s**t on people we disagree with and make them feel stupid – even if we think they are. After all, if someone’s been misguided, which is usually the case with the anti-vaxx crowd, they can be steered in the right direction and re-educated. Think about it, when was the last time you chose to do something because someone hung s**t on you? 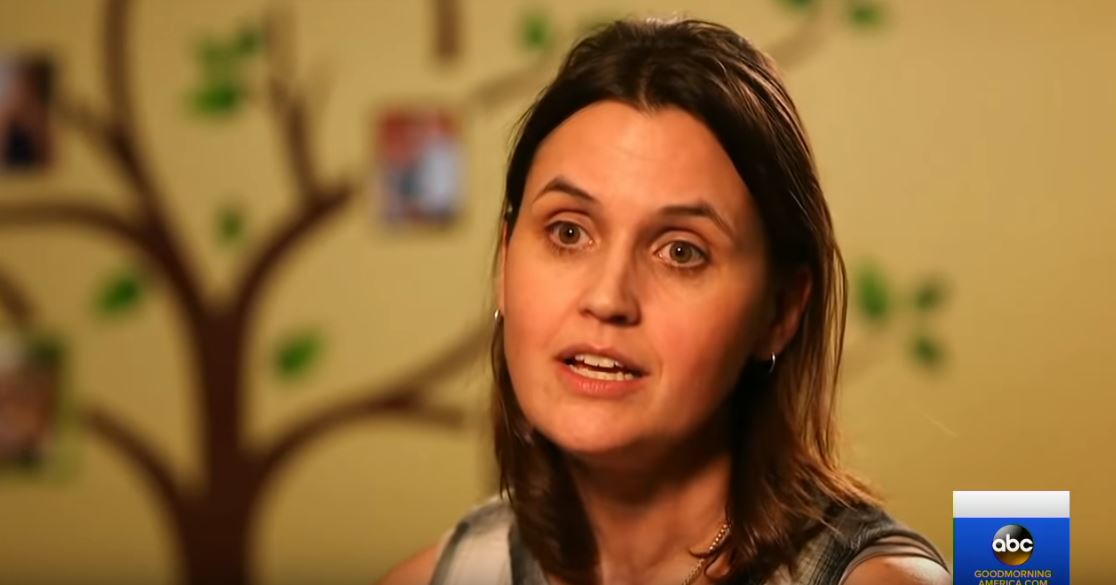 For what it’s worth, Ethan’s mum wasn’t too happy and said she was ‘shocked’ by his decision. However, Ethan, in a remarkable display of maturity fielded a question about his relationship with his mum pretty f**ken well.

“My mother and I have a great relationship. Although we are continuing to discuss evidence and our different viewpoints we’ve been able to build a foundation that we still love each other regardless of disagreement.”

But how does the old bloke feel?

“My dad believes vaccinating young children, especially with a lot of shots, is bad. After they develop a strong immune system he believes they’re fine and I really question the evidence on that front.”

What about your siblings?

“I have discussed it with my siblings and they each have their own individual thoughts. My sister supports my mom’s views and my brother is more on my side. He’s expressed a desire to get vaccinated but he’s still doing his own research.

We all understand our mom loves us, but she is misinformed. I disagree with her on almost every level. That’s a weird place to be in but we have made it work.”

Are there any other extreme views your parents had growing up?

“Extreme? Maybe, depends on what you find extreme. They are both very conservative and hold very conservative views, and because of that we disagree on a lot of political ideas in a way I find extreme. I don’t want to try and bash my parents though and say, “oh yeah they believe [blank] stupid idea, that’s so extreme!” At this point the antivaxx community would see that as further proof this story is just about a rebellious teenager.”

“Do you think it’s possible to use your moment in the spotlight to craft an appeal to anti-vaxx parents that is different from what they are used to? I saw you during the segment on NBC Nightly News, and you very evenly stated that “our best science doesn’t support anti-vaxx claims”, which is completely true, but doesn’t resonate with the antivax crowd enough. My question might be becoming a loaded one, but do we need to be talking about dead kids more?”

1: I think this totally could be used to appeal to the antivaxx crowd. In a way it already has, because people have noticed that I’m not attempting to make people look stupid. There’s an Aspect of this where you can’t deny the overwhelming evidence in support of vaccines, but you don’t need to present that in a way that is super hostile. So I think I’ve done that

What was something surprising that you learned when researching “Vaccines vs. Non-Vaccines”?

“That not everyone should be vaccinated. Immunodeficient people and kids with allergic reactions to vaccines shouldn’t be pushed to get vaccinated. Herd immunity will protect those people. So the idea that the government is FORCING people to get vaccinated even if they have a weak immune system or allergies isn’t even true. That was surprising and reaffirmed to me the importance of getting vaccines as a young adult who is healthy and able to get those vaccines”

What was your mother’s reaction when you got vaccinated? And what made you decided not to believe what your mother told you your whole life?

That thought process makes sense when you REALLY believe vaccines cause brain damage, cause autism, and are a corporate scheme. But the evidence isn’t there, the data supports vaccines on nearly every scientific and logical level. When I presented sources that WERE scientific and reliable like the CDC taking numerous studies and concluding vaccines don’t cause autism, those were dismissed as big pharma governmental schemes.

Since you’ve grown up with an anti-vaxx mom, would you say that there are any misconceptions people have about anti-vaxxers? What is something most people wouldn’t know about growing up with anti-vaxx parents?

“That they hate their kids. My mom loves me and my siblings, and that love was used as a tool by the antivaxx community to convince loving parents like her that she’s poisoning her kids and giving them autism.

It’s the sources of that information I believe are entirely malicious and downright evil for doing that. So yeah, that’s why I’ve seen at least in my case” 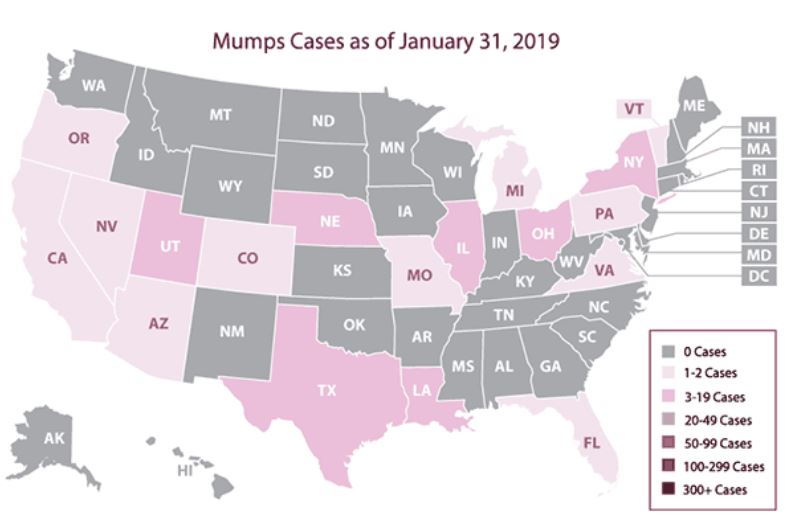 Final thought: F**k me, when some people reckon we can’t look to the kids as our future, we need to point them in the direction of young Ethan. He seems like a solid young bloke and his ideas about talking to people you disagree with are f**ken revolutionary. Good s**t, dude. Good s**t.

We all know that KFC’s recipe is a closely guarded secret, but that’s never stopped people from trying to reverse engineer it, nail it through trial and error, or just f**ken fluke it. Despite that, we’ve never really...

As we’ve come to find out over the last few weeks, bloody humans are an innovative bunch when it comes to finding ways of entertaining themselves during a lockdown. Deadset, for those of us who’d normally be occupied ...