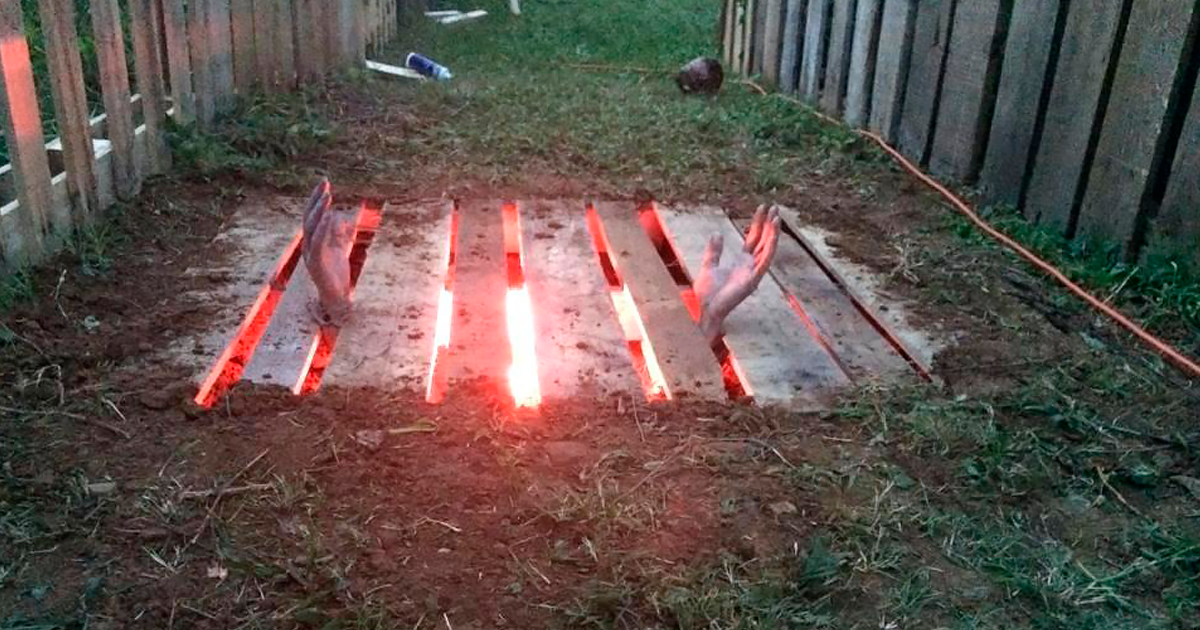 We’ve already pointed out that we bloody love Halloween here at Ozzy Man Reviews – and why wouldn’t we? Horror movies, novels and TV shows are bloody awesome and so are werewolves, vampires, witches and zombies. On top of that, while we can’t speak for everyone, if you’re into that monstrous sh*t, you’ve gotta admit that Halloween decorations are way cooler than Christmas ones. So when Bored Panda posted a frighteningly awesome collection of Halloween decorations, we had to share 13 of the best. Check ’em out… 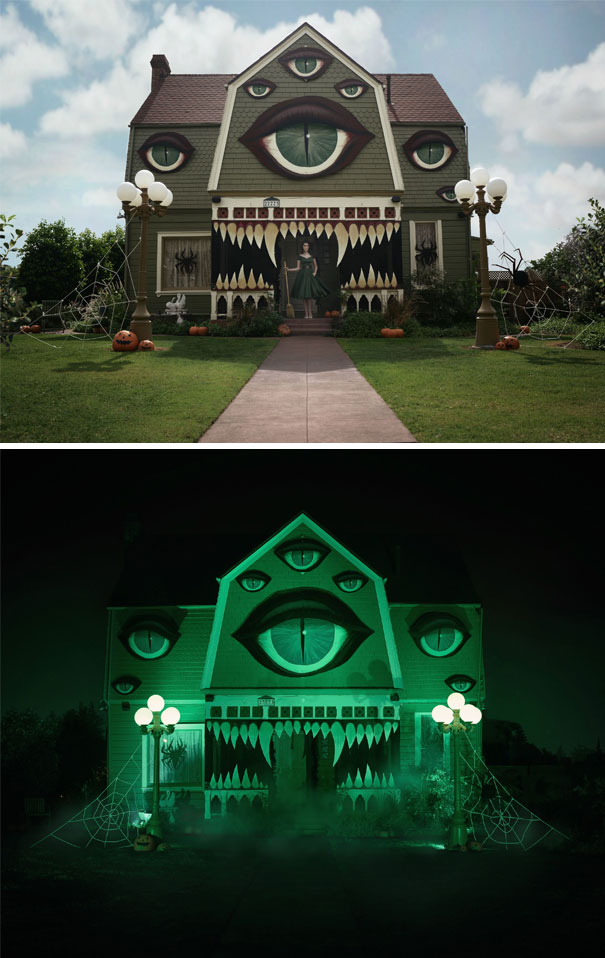 You’ve gotta start with this beauty. While it’s got a nice cartoony feel about it and is reminiscent of Monster House, it’s pretty much guaranteed to frighten children. Good sh*t! 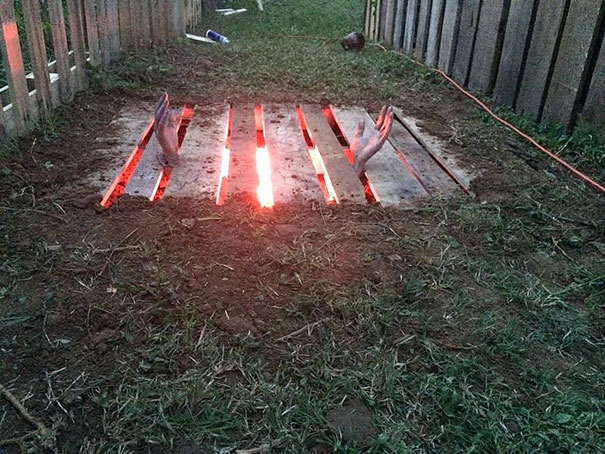 This is f**ken sweet. Using just a pallet, some plastic hands and a red light, it’s some proper scary sh*t. Now, where’s my lotion? 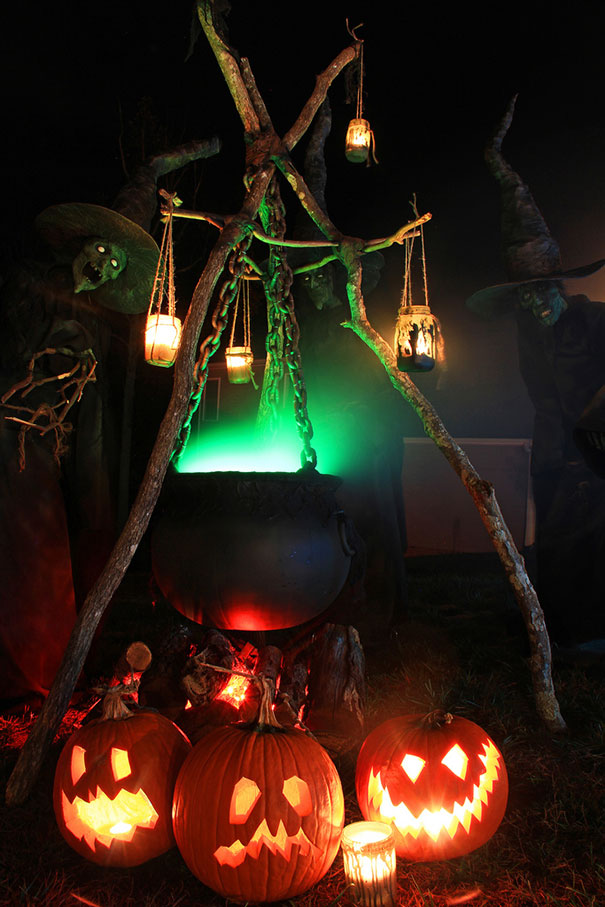 F**ken imagine the toil and trouble it’d take to get these hags set up!  Talk about ‘worth it’ though. Grouse. 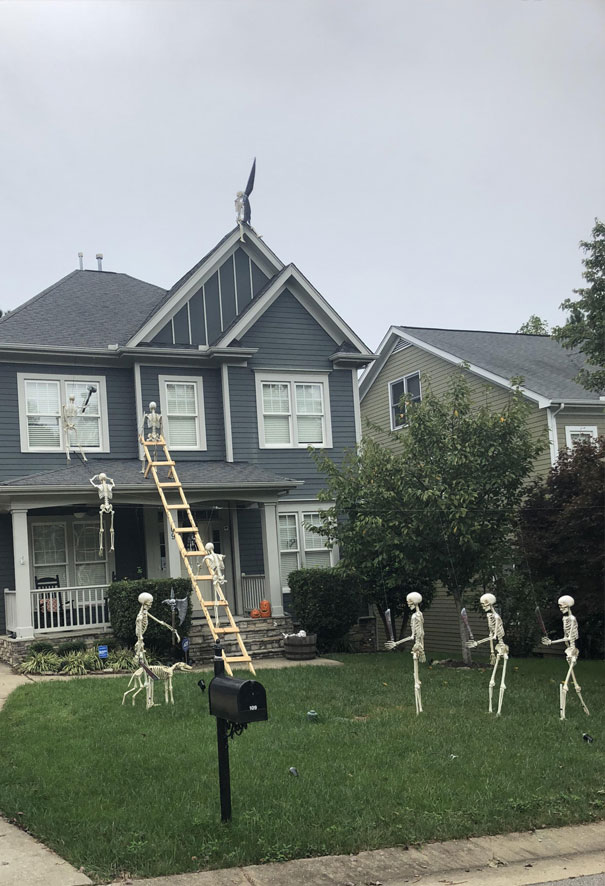 Ah, skeletons. They’re never as frightening as they look. In pretty much every game ever they’re just level one grunts. You can kill ’em with a f**ken stick if you have to!

Now this is a set-up that really cuts to the chase. Bloody brilliant! 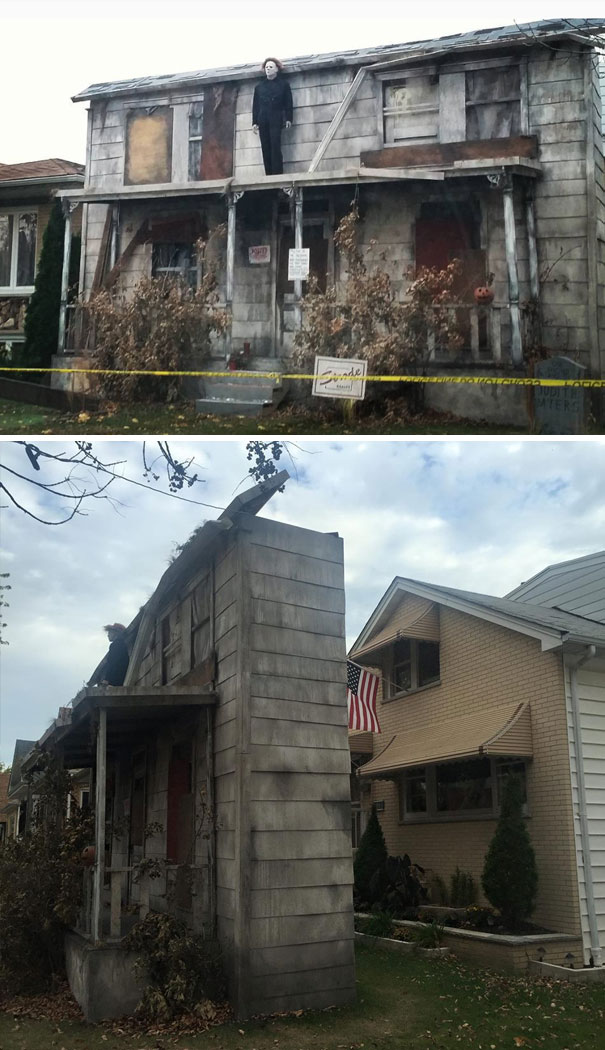 Right on f**ken schedule, the Shape has returned. He’s back in the cinema and he’s right bloody here. Talk about a nifty decoration to have a stab at! 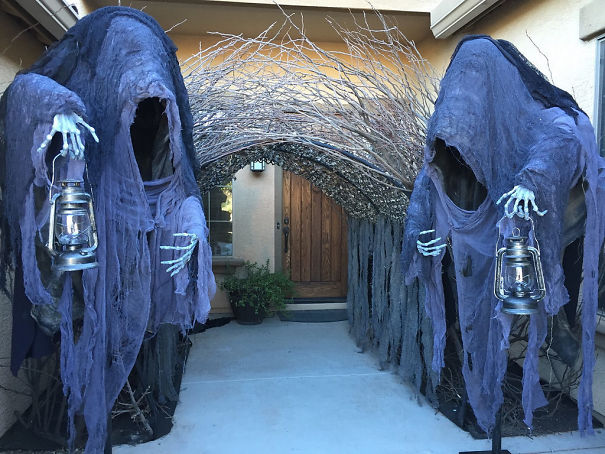 This is just fantastic. The spooky passageway, the creepy ghouls lighting the way. You’d think twice before trying to grab some candy from this one wouldn’t ya. 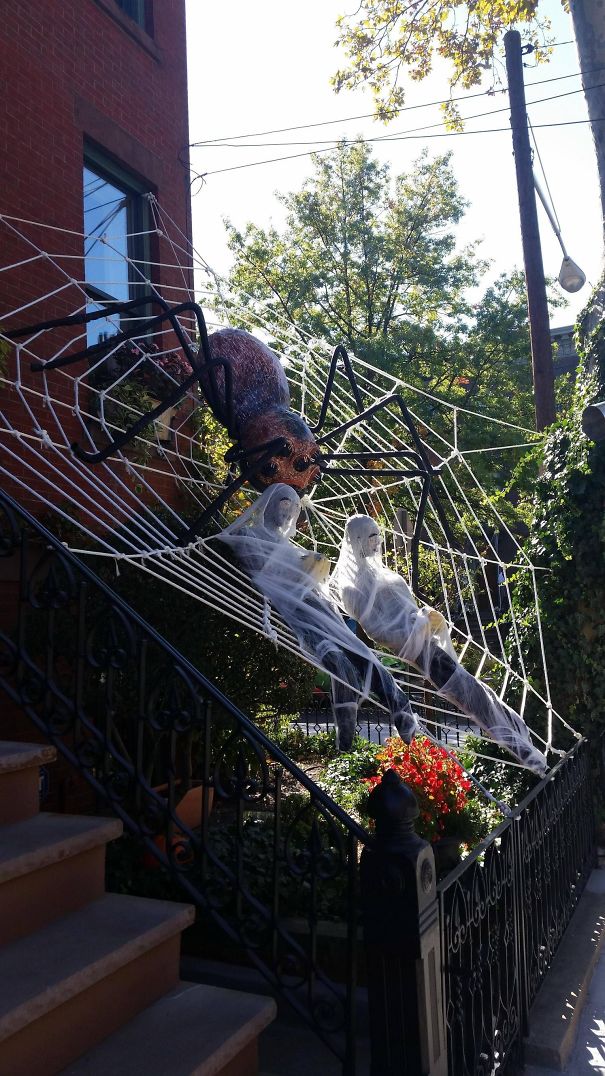 F**ken crikey. We’re supposed to have big spiders here in Ozzy Land, but f**k that thing. Kill it with fire! 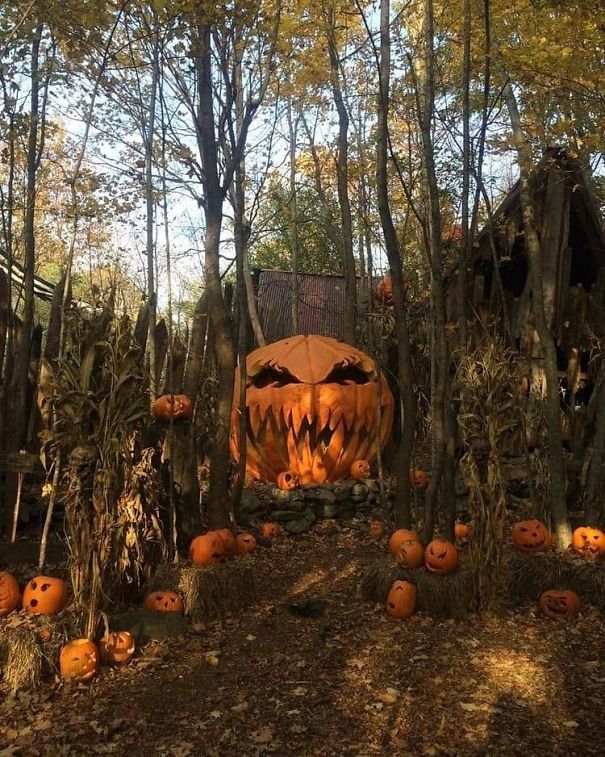 The prize for the raddest pumpkin obviously goes to this badass set-up. The only thing that could possibly make it any better would be a Pumpkinhead statue. 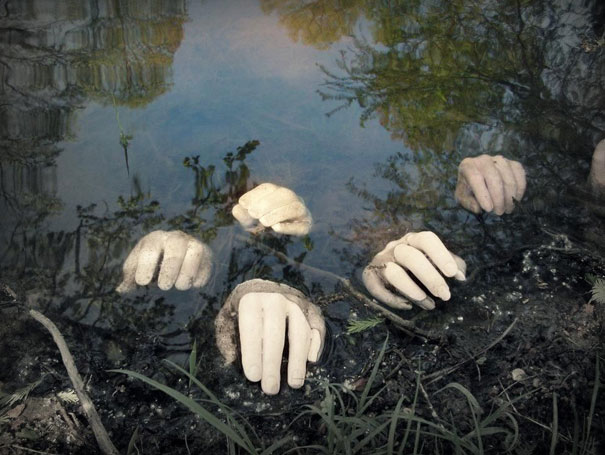 Mate! There’s not much out there that’s scarier than hands reaching out of the murk to pull you down into the f**ken algae. Good sh*t! 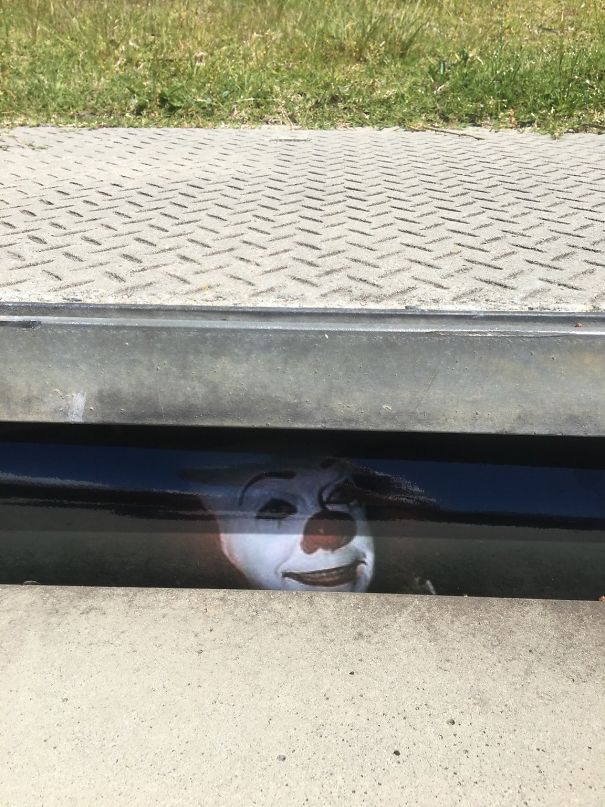 Ha. Of all the monsters around on Halloween, clowns are the worst for some people. Don’t really get it myself, they just bring joy to children and eat your soul. What’s so bad about that? 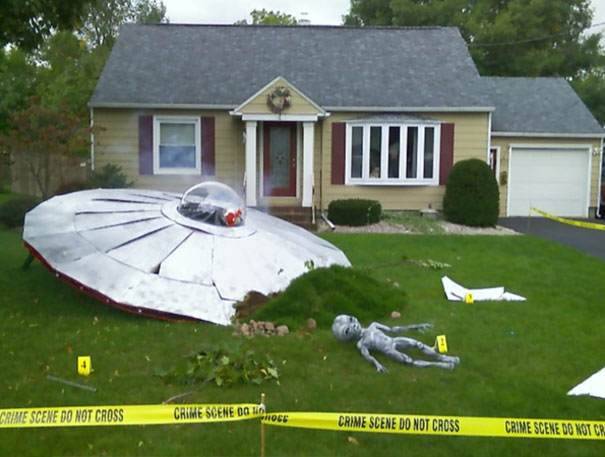 So good. Just so good.

Final thought: Again, if you’re into your Halloween decorations and you’ve got a set-up you’ll know how much fun it can be. On that note, if you do have a set-up, post some pics online. We wanna see what you’ve got.