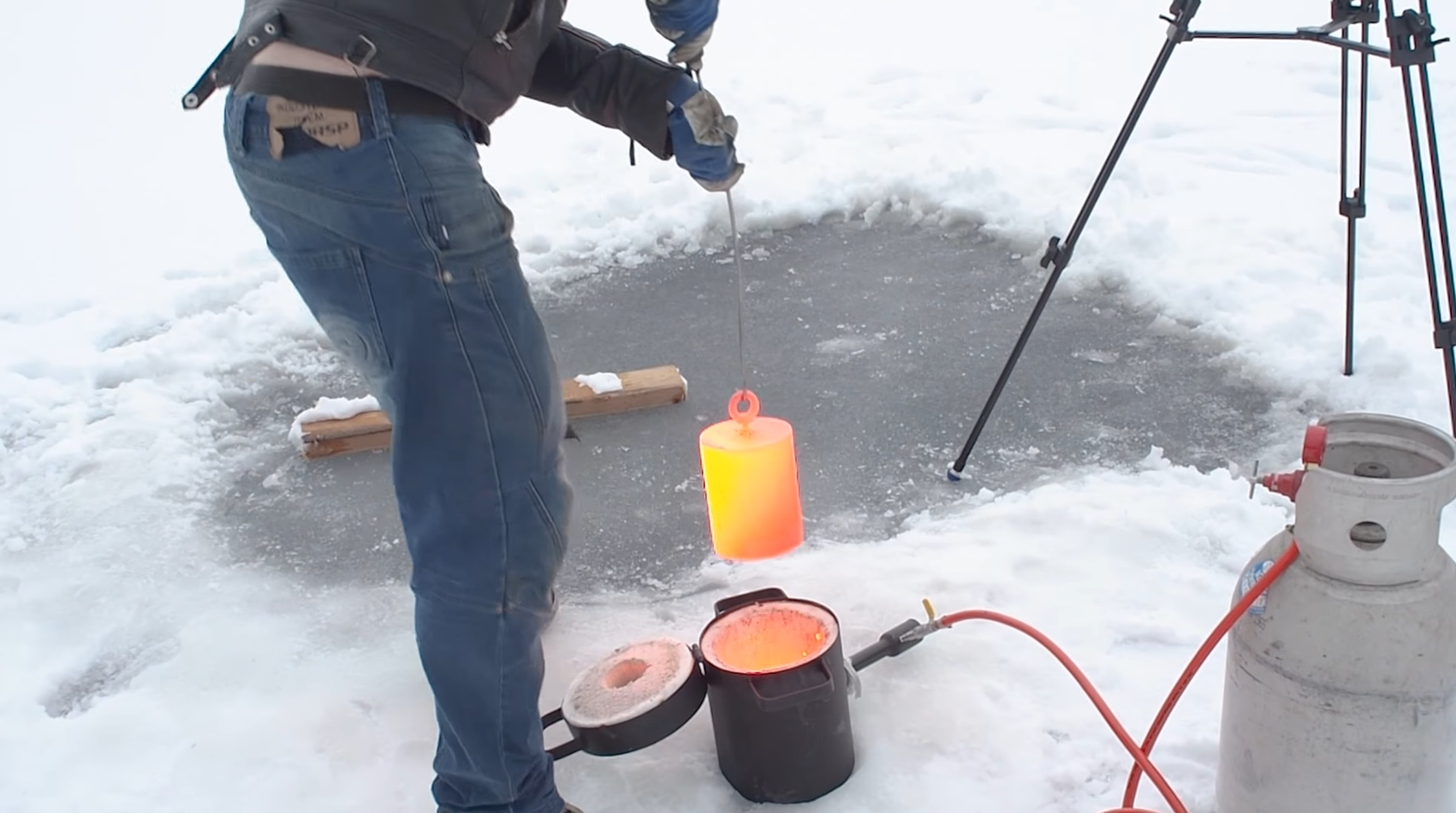 These insane Finnish motherflippers have too much time on their hands. Evidently their sauna was broken and the reindeer had already been fed, so the next logical step is what metal can I heat to oblivion and what lake is asking for a beltin’ with a meltin’.

The video was made by Lauri and Anni from the famed Hydraulic Press Channel on Youtube, who spend their time either crushing sh!t in an industrial hydraulic press, or cutting holes in their frozen backyard lake presumably abusing the goodwill of their neighbour, who I assume is Santa. I guess there’s only so many power tools you can crush, although I would seriously recommend you check out the time they crushed an angle grinder, because it’s the best. I’m not exaggerating here, it is actually the best. In this video, our ABBA-adjacent mates decided to heat a TWENTY KILO block of steel until it is glowing red hot, and then drop it on the ice. They try to guess whether the steel will melt entirely through the ice, which is a foot thick, or about 30cms if you want that in a unit of measurement that wouldn’t make Russell Crowe throw a phone at your head. 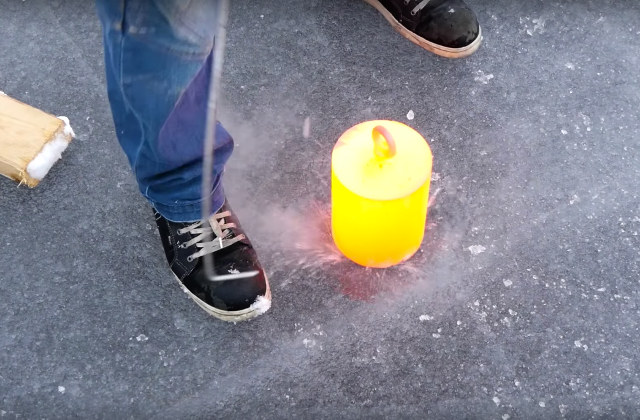 As to whether the red hot steel melts through the ice, I don’t want to give away the ending, but there’s a part 2 to this video where Lauri goes diving to rescue his block of steel in his underdacks. At the risk of big noting myself – this one time I went swimming during winter when it was about 15 degrees Celsius out, so you know, me and him, we’re basically the same. Anyway, check out the impressive feat below: