We’re all familiar with the idea of the driver who just doesn’t bother to park their car correctly. As you know, it’s not a new thing. Some people just don’t seem to give a single f**k when they’re parking their car. For obvious reasons, that can cause a bit of consternation and conflict when parks are scarce. Of course, the classic letter to the driver trick has become a real internet staple. It’s not often, though, that you see a response. Well, that’s about to change…

If you’ve ever had to try and park your car into the miniscule space left by a dodgy driver, you’ll know that parking within those white lines is an important bloody skill. Deadset, if your car’s any bigger than a bloody Hot Wheels toy, you’ll know it’s a real pain in the ass when some inconsiderate prick has taken half your space. 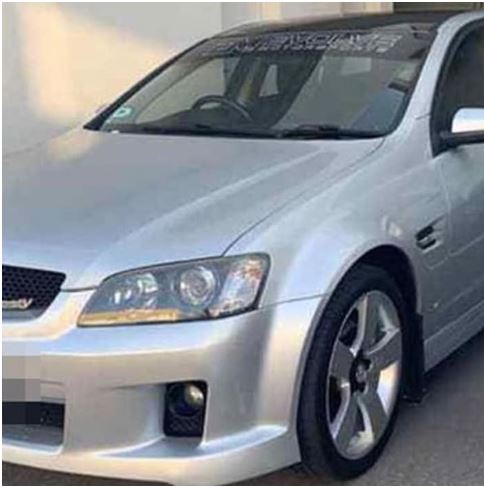 That’s exactly why an unnamed woman wrote her neighbour a letter. Apparently sick to death of her neighbour’s s**thouse parking, she left the following letter on the windscreen:

“G’day cobba, couldn’t help notice how well you park that flash commodore of your’s. Most people try to keep their car between the white lines. It would be a good idea if you did the same!” 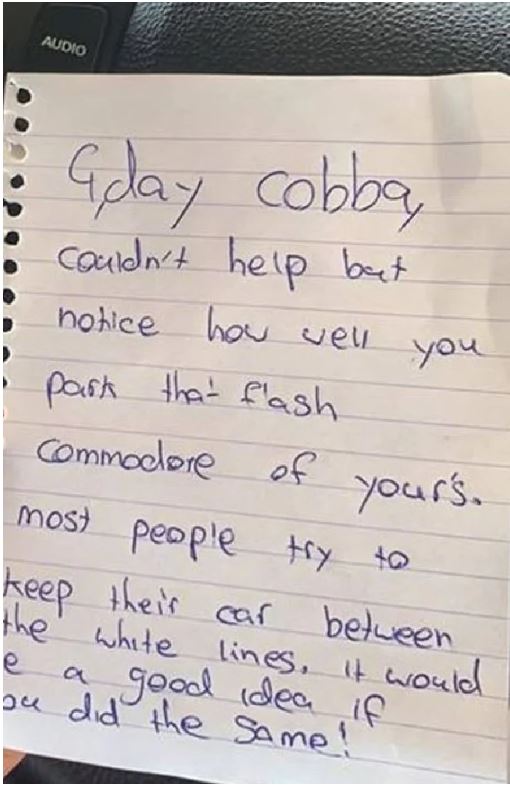 As you probably know, that’s a pretty tame letter given the context. Which is probably why the offending driver seemed to treat it as a big joke. She took a photo of the letter, and posted it to another unspecified Facebook page, following up with a cheeky response of her own. 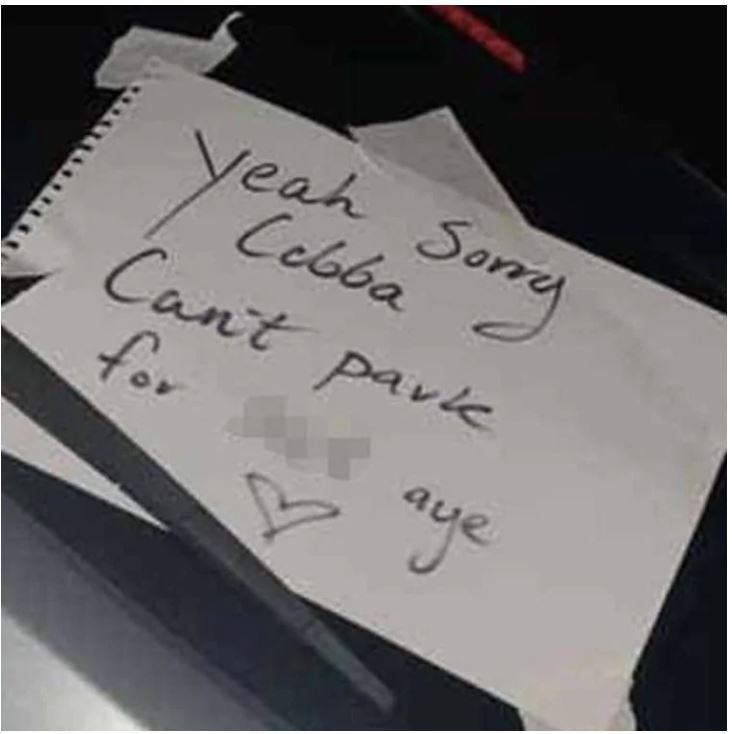 In a way, that’s genius level passive-aggressive, but at the same time, it’s a bit s**t. It’s okay to have a laugh about it, but you’ve gotta abide by the social codes, and move your car. Surely.

Final thought: Yeah, we reckon you’ve gotta do your best to accommodate others. Like, we get that some people truly don’t give a s**t, but if you don’t care whether or not others think you’re a wanker, show that off in other ways. After all, they’re probably not asking you to be their mate, just to show a bit of common courtesy. Anyway, that’s our two cents. Give us yours in the comments section.

Collection Of Tweets Perfectly Describe The Experience Of Being Married

Marriage.  I might not actually be married, but I do have a gorgeous fiancée and we live in the same house so I’m going to go right ahead and assume I’m qualified to talk about this. One of the real joys of knowing so...

BBC News is a well-respected global giant of the news media. There’s no way they’d let some boob ruin their nightly newscast, right? Wrong! Check this out. Some absolute tit has only gone and watched somethi...