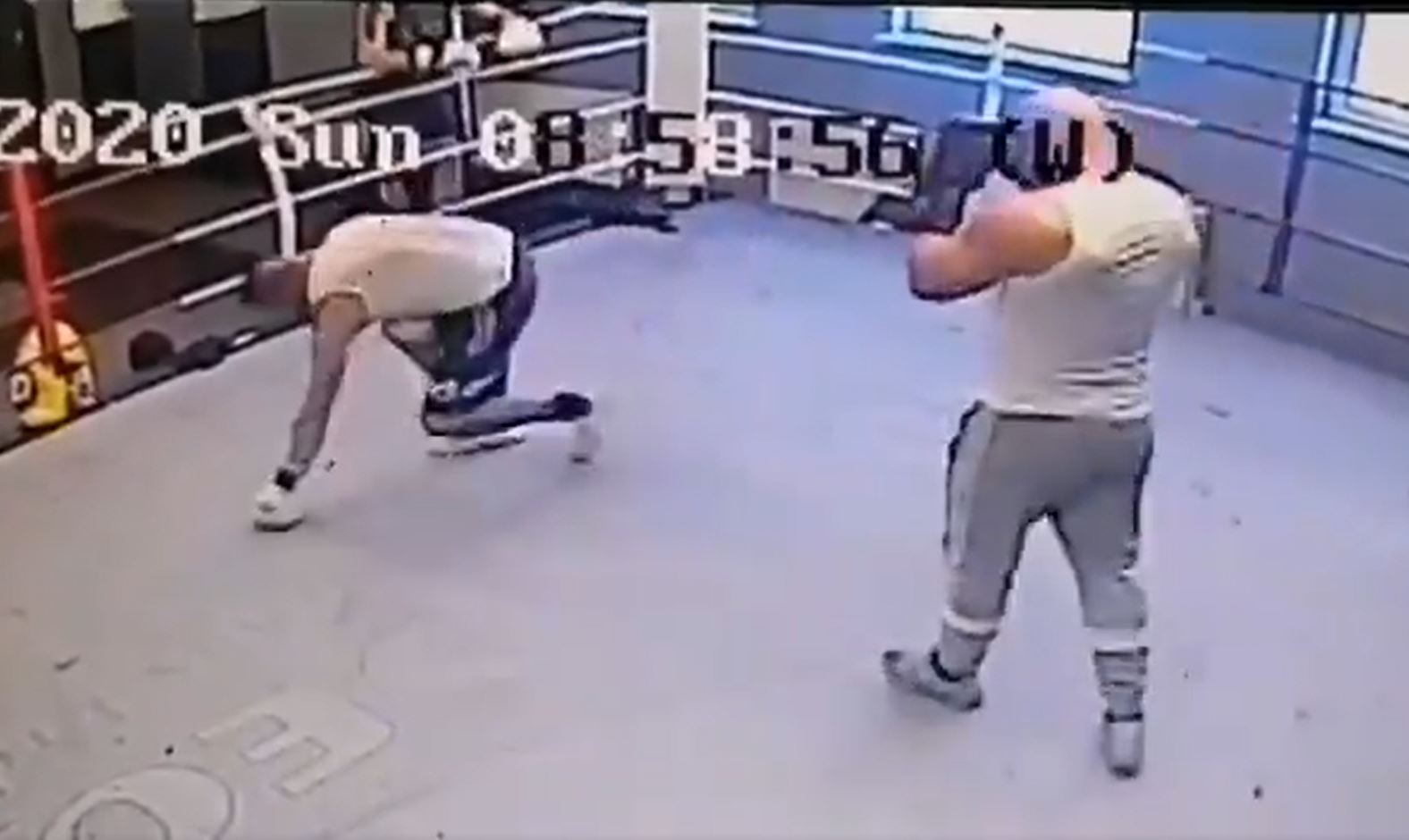 Mouthy b**tards. Unfortunately, we all know at least one of these guys. Sometimes they’re pretty funny, but most of the time, they just don’t stop annoying you with their constant s**t-talking. And when we say constant, we mean it. These are the guys who’ll bloody rabbit on at anyone and everyone, no matter the context. One of these blokes, Danny ‘Slug’ Evans has even been doing it to his boxing coach… 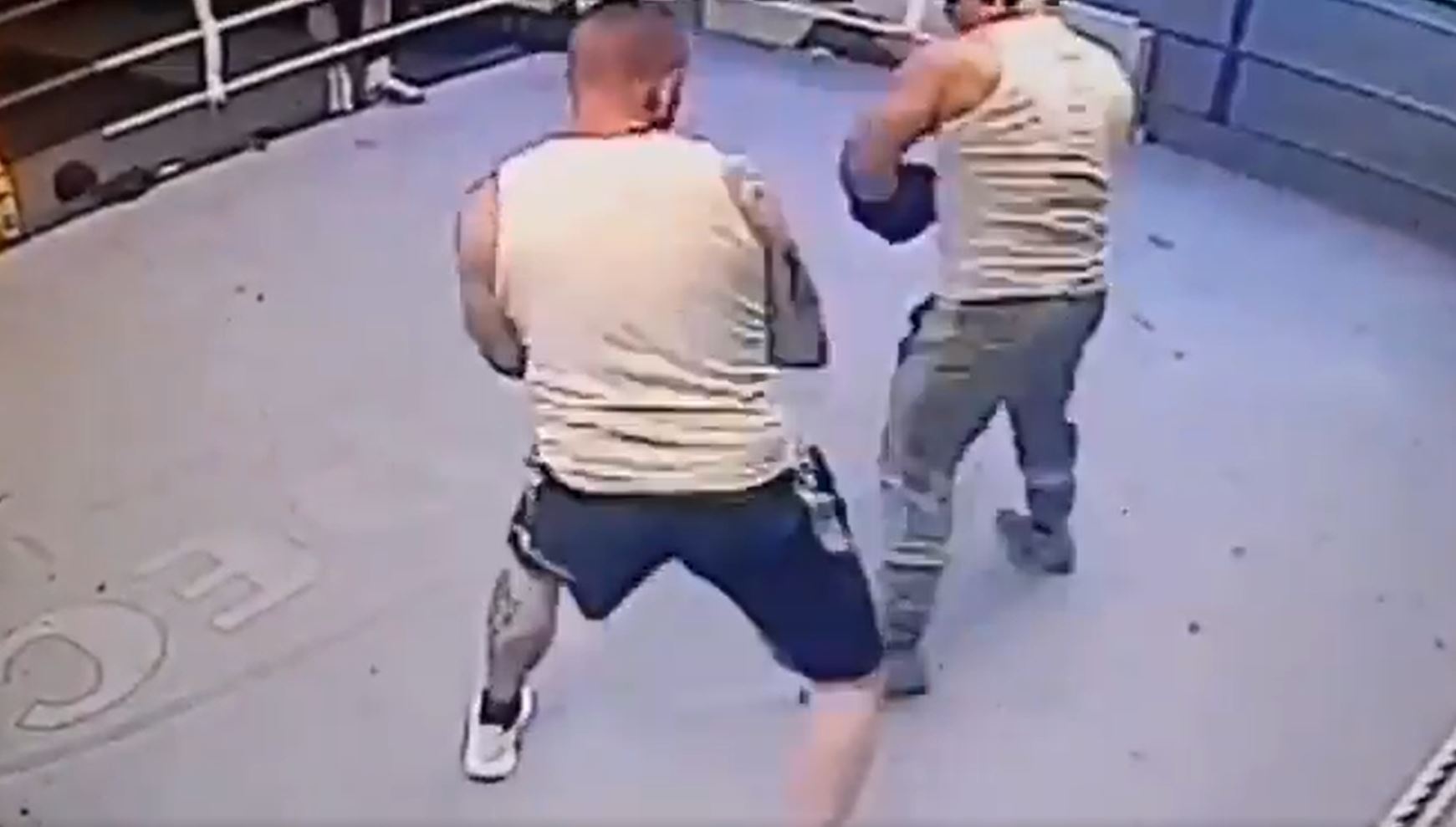 Anyway, getting back to the point, former world champion boxer Gavin Rees has been putting up with a lot of s**t thanks to a troll known only as Danny ‘Slug’ Evans. We’re not sure of the exact nature of the trolling, but from what we can gather, ‘Slug’ has been flaming his coach on Facebook and in real life.

Eventually, in a training match, Rees decided enough was enough. He stepped into the ring with his protégé and knocked him to the canvas within thirty seconds. Initially, there was some confusion as a result of a Rees tweet. 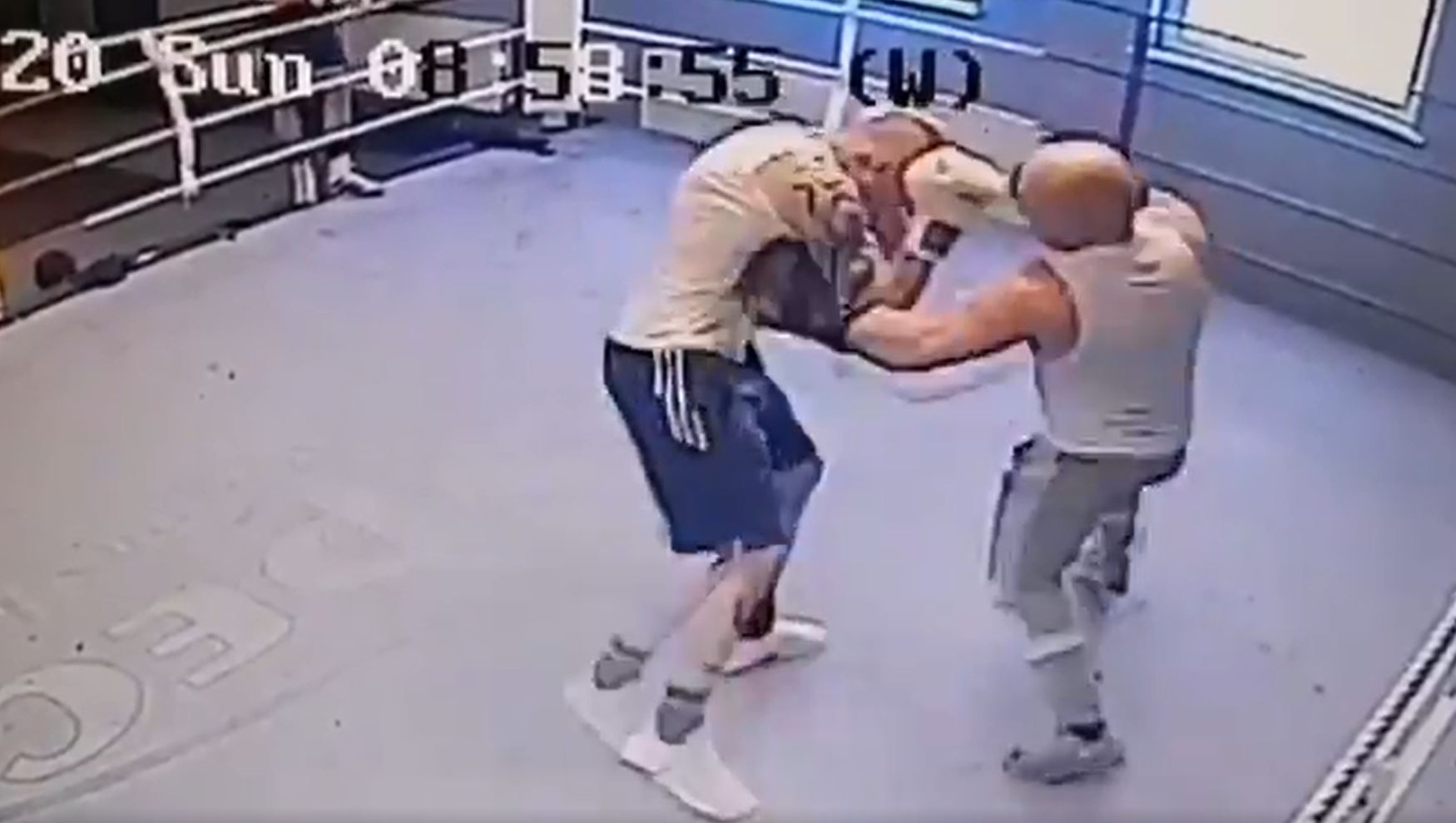 “Only sparred once in the last 4 years. Been constantly abused on Facebook by some rude — Took less than 30seconds to shut him up. Danny Slug, think before u open tha trap again. This old man ain’t out yet.”

Now, whether this means Slug was trolling his coach online or not, we’re not sure. Either way, the whooping doesn’t seem like it’s had much effect. Slug now reckons he wants a rematch. “Like to let you all know, I’m training hard for a few weeks and I’ll be having another go with @gavtherock. I’m no troll like the media is portraying. He is my coach and my mate. They will call him Picasso as he spends most of the time on the canvass #fearnoman.”

So, yeah, clearly not a troll judging from that comment. 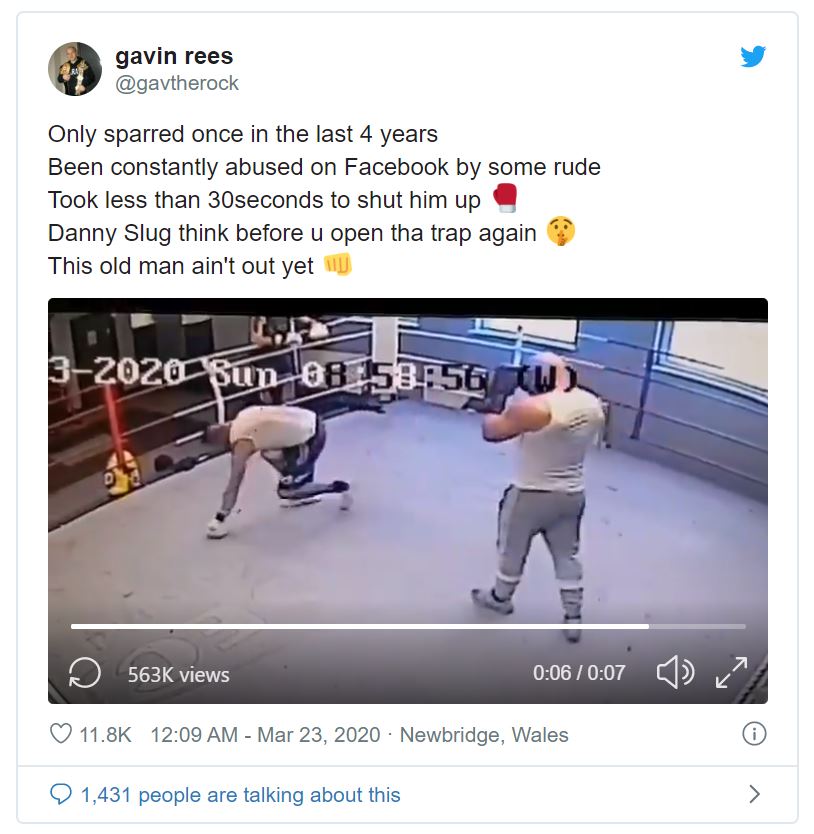 Final thought: Look, if we’re completely honest, this does look like a bit of a beat-up. Still, it was Rees who first said the kid was a troll. What do you blokes and blokettes reckon? Does he deserve another whooping or should he have learned from the first one?

Only sparred once in the last 4 years
Been constantly abused on Facebook by some rude
Took less than 30seconds to shut him up 🥊
Danny Slug think before u open tha trap again 🤫
This old man ain't out yet 👊 pic.twitter.com/oCDpjzDSC9