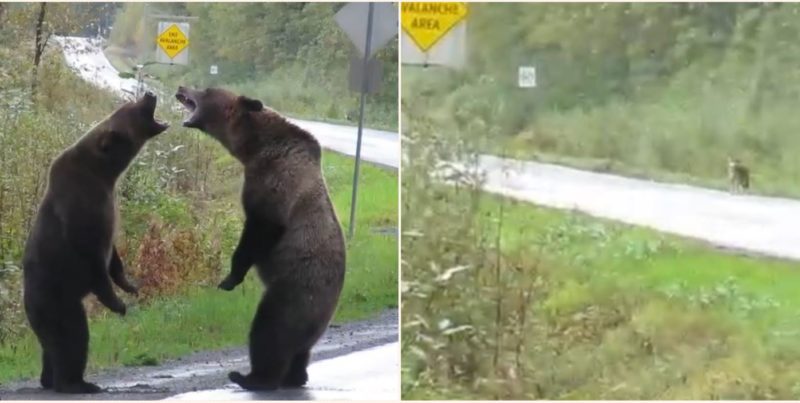 Ooohhhyyyeaahhhh! It’s natural world fight-time, ya big bloody beautiful legends, and you know we love natural world fight-time here at Ozzy Man Reviews. In this edition, we’re the lucky spectators at a proper battle of the heavy-weights, so get yourself a beer and pull up a stump for some grizzly on grizzly action! Just remember to make room for today’s special guest spectator, a grey wolf.

In this edition, we’re heading to British Columbia, one of the most remote provinces of Canadia. All the way out there on the western-most fringes of the former colony, you’ll be confronted with the sight of some of Northern America’s best wildlife. 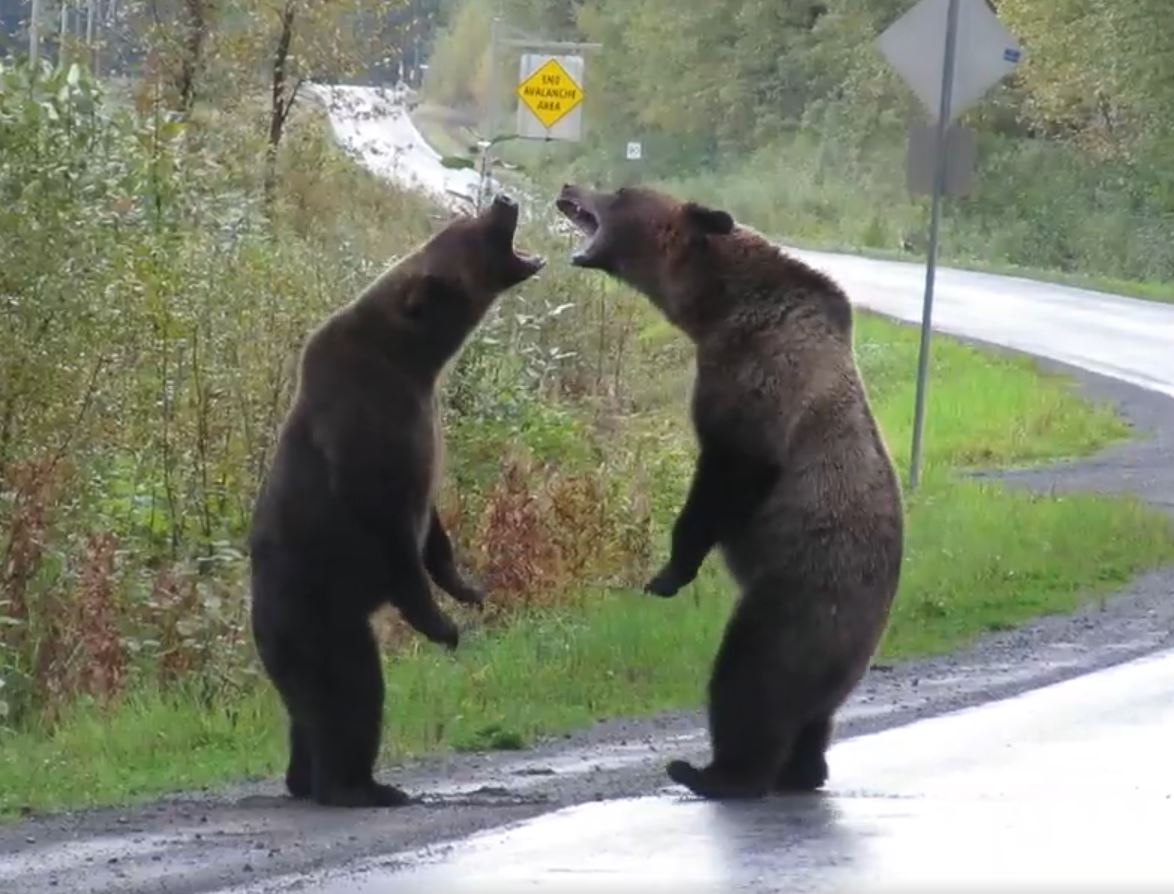 The sheila who filmed the awesome video you’ll watch down below was driving along the region’s Stewart-Cassiar highway when she encountered the two feisty bears. As you’ll see, the battle starts off with some of the classic ‘f**k you, nah f**k you’ business, before the big grizzlies are going at it hammer and tongs.

There’s some grappling before they start throwing fists, and talking shit like proper young blokes on the piss. Deadset, there’s more s**t-talking in here than there is in modern WWE, but some people are down for that, so we won’t judge. 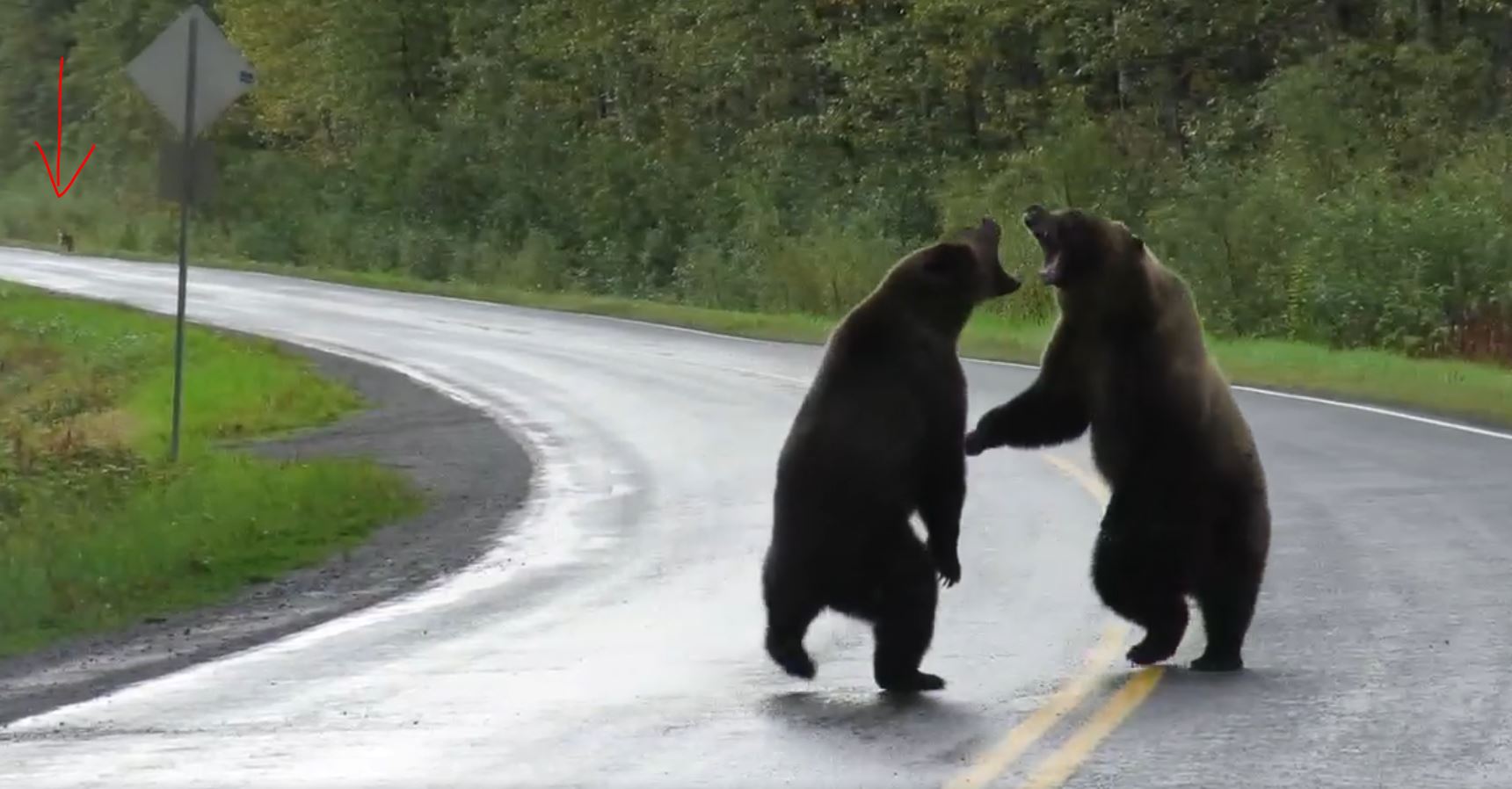 Take our mate the wolf for example. This is about the time he decides to have a bit of a squiz. He comes out of the bushes further down the road, tentatively at first, before deciding that ‘yeah, the coast’s clear and has a closer watch’.

And his timing’s pretty bloody sweet, because right then there’s a sumo run and a big bloody ground and pound all the way out of the squared-circle. And check this out, the wolf needs a closer look. He’s a bloody keen one this one. 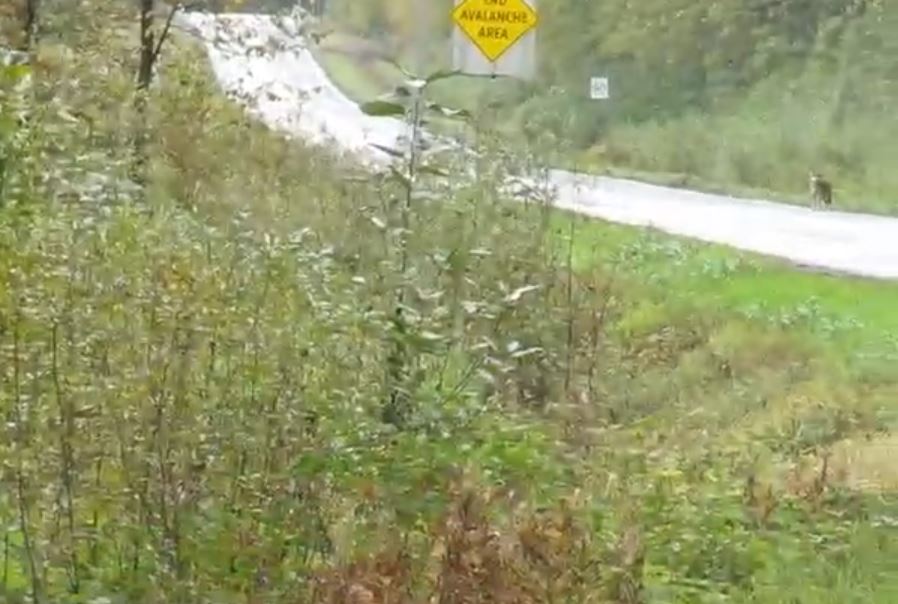 Anyway, we won’t spoil it all for you, and we’ll let you have a good bloody squiz of your own. Cari McGillivray, the sheila who filmed the fracas, said it “Was by far one of my favourite wildlife encounters I have ever had!!”

We reckon you’ll dig it too. 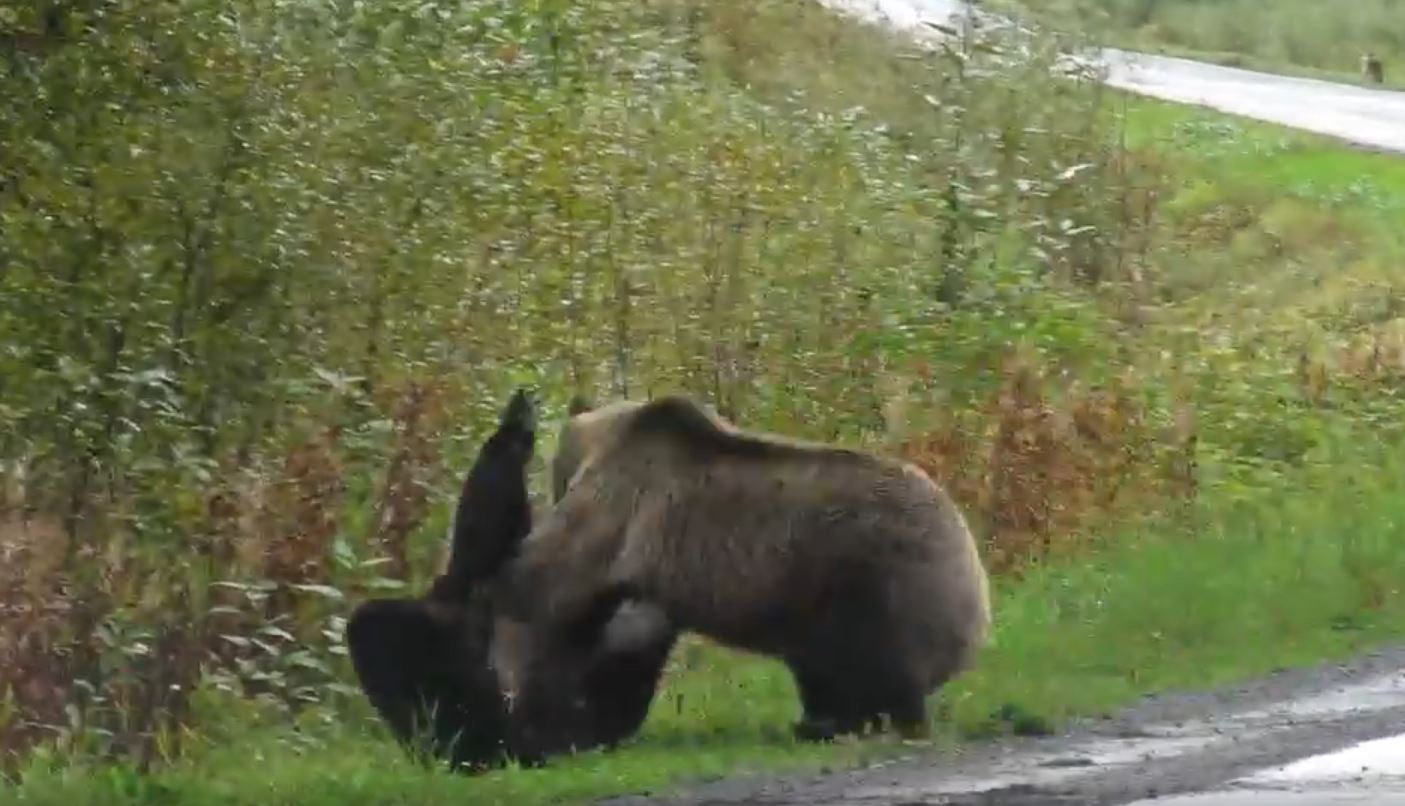 Final thought: As always, we love a bloody good wild wrestling match and this is definitely one of the more interesting ones we’ve seen. It’s not got the pure violence and blood-letting of some of the other battles we’ve brought you in the past, but you’ve gotta love the cheeky bloody wolf in this one. Let us know what you reckon in the Facebook comments.