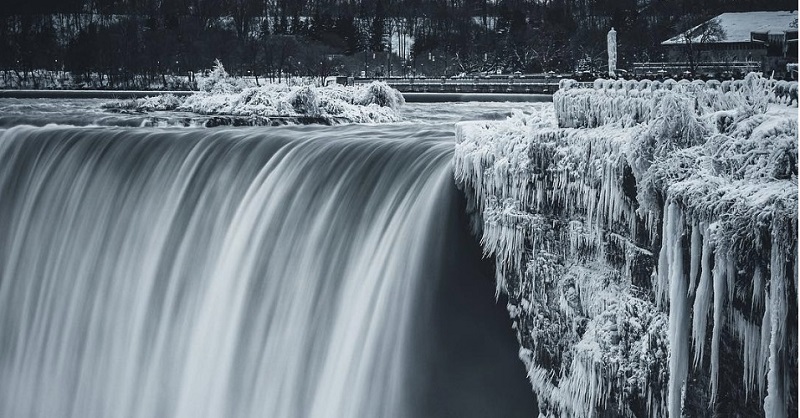 While Aussies swelter, North America is so f**ken cold that Niagara Falls has frozen over

We spoke to you bloody legends the other day about the fact it was so hot here in Ozzyland you could cook a f**ken steak in a hot car. But it turns out that while we were bemoaning that bullsh*t, parts of the Northern hemisphere – yes hemisphere, flat earthers – were so bloody cold that Niagara Falls, one of the biggest most powerful waterfalls in the world, literally froze in some places. Check out some of the awesome photos below…

From what we understand, some parts of North America reached lows of minus 35 degrees. That is colder than a polar bear’s privates, chillier than a snowman’s sausage and more frozen than a penguin’s penis. 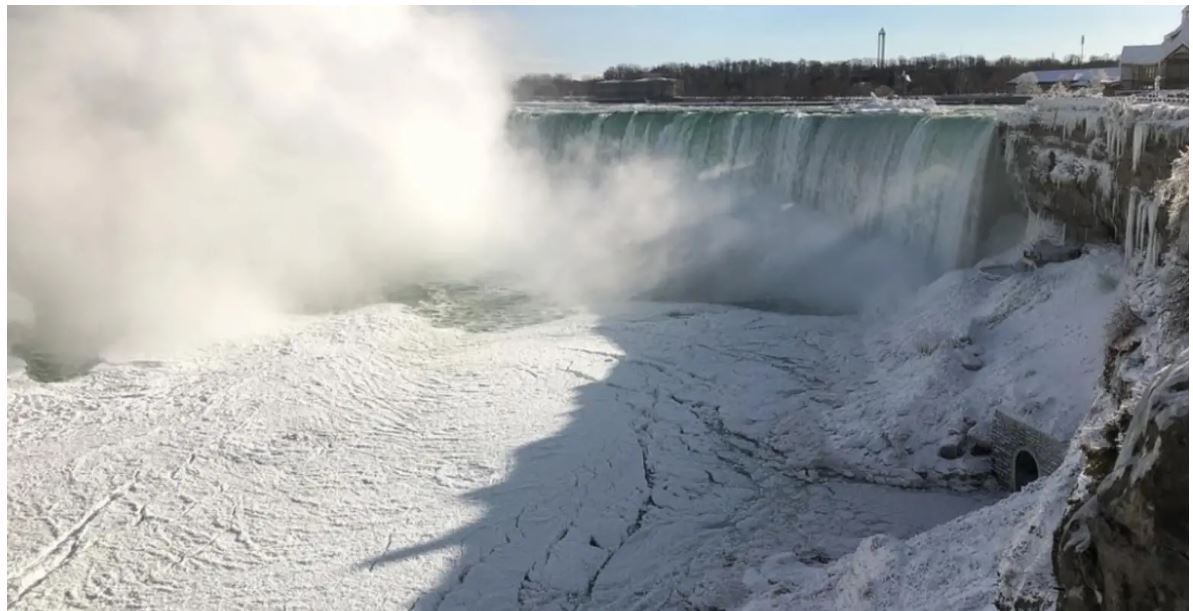 Last weekend the entire province of Ontario was under an extreme cold warning with temperatures reaching -35c with the wind factor. If I wasn't a photographer I'm sure I would have stayed home with the heat cranked up so high I would've forgotten about the bitter cold outside. Instead I talked my girlfriend into driving to Niagara Falls. We had been there last winter during another extreme cold warning and we were both impressed and delighted by the beautiful landscape so it wasn't too hard to convince her this time. As we got closer to the falls everything started to turn white. The trees, the lamp posts, the railing along the falls were all covered with a thick layer of ice and snow. In the next few posts I will be sharing some of the photos I took.

So while some of you bloody legends might know a bit more about the science of it, we reckon it takes some pretty f**ken extreme weather to freeze parts of Niagara Falls. While it’s not actually the tallest waterfall – or even the one that sees the largest volume of water – it’s still f**ken huge. 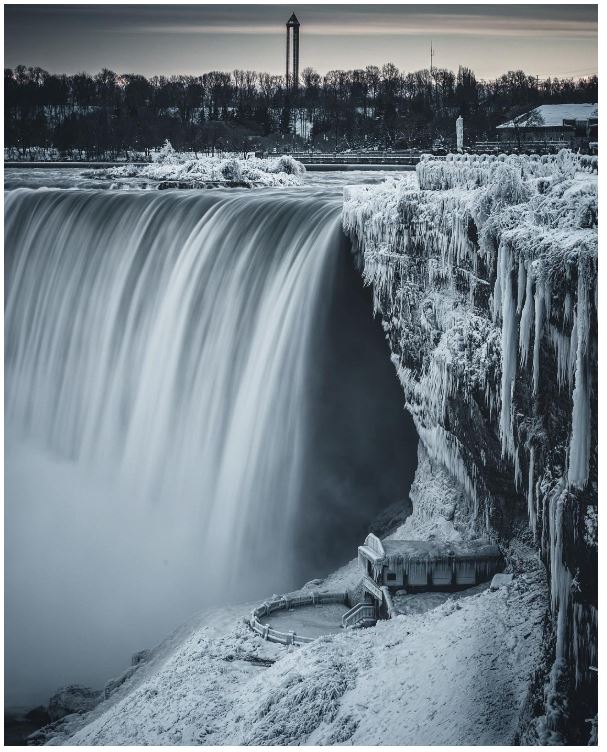 To turn parts of that behemoth landform to ice would take some f**ken doing. And, according to these photos, it’s been happening very recently. The result is f**ken spectacular.

Have a squiz at some of these photos and marvel at the stark beauty of this icy wonder. It looks like the sort of place you’d see in an epic documentary about the beauty of winter.

Fully embraced the snow day w/ my bf Michael Cera. Sorry, he doesn’t have insta, so you’ll have to believe me

An icy winter view from the platform of Journey Behind the Falls ❄️ ?: @argenel #NiagaraParks

Having said all of that, there’s probably still a few Ozzies who’d swap you for a day. You don’t have to worry about swimming in ball-sweat soup when you’re so cold your norries have shot right up into your ribcage. 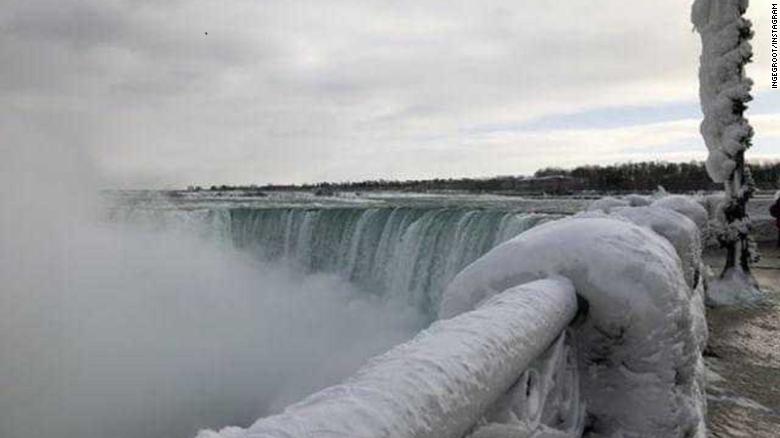 The view’s a shitload better than the brown grass you get from hot as f**k weather here in Ozzyland too.

Freezing temperatures over the weekend have coated the area surrounding the Horseshoe Falls in a thick layer of ice, once again transforming Queen Victoria Park into a spectacular winter wonderland! ❄️ #NiagaraParks

Final thought: In all seriousness, spare a thought for the poor c**ts who have nowhere to go in this kind of cold. There’s probably a lot of people on a lot of streets suffering due to the weather. Let’s hope they make it through and that Mother Nature can just calm the f**k down and relax a bit.