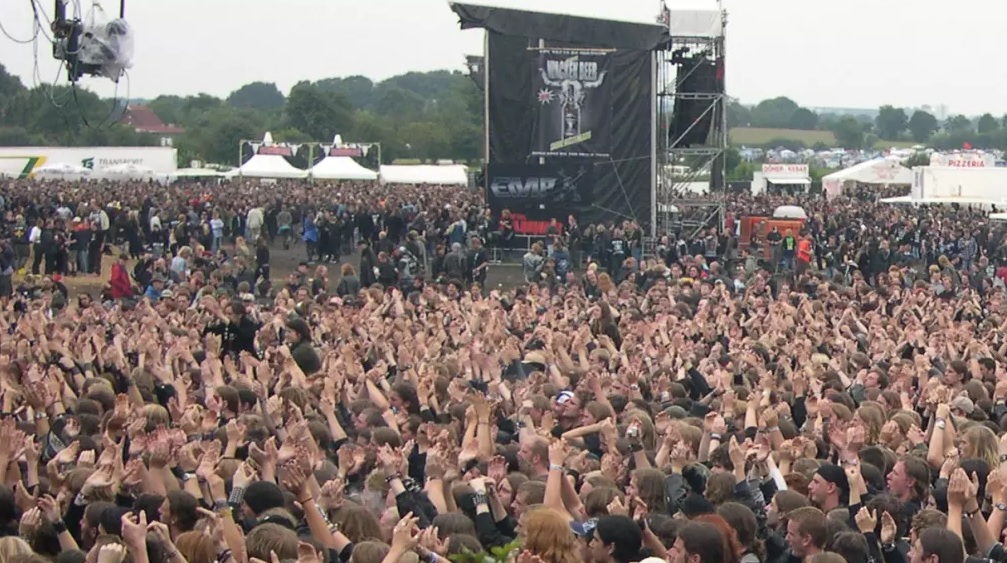 F**K YES!!! It’s summer in Europe, and that means the metal festivals are in full swing. And whether you love metal or you’re one of those who just doesn’t get it (it’s OK, not everyone is cool enough), you have to admire just how devoted Metal fans can be. You might remember the Slayer fan who swam through polluted water after being kicked out of a gig, but even he can’t compete with two old German b*stards who escaped their nursing home to attend Wacken!

If you’re a metalhead, Wacken is where it’s f**ken at. With approximately 240 bands on the bill, it’s got a little something for everyone. Whether the modern brutality of Gojira is your thing, or whether you prefer the classic tones of Cannibal Corpse, you’ll find something that’s right up your alley. Of course, I could list bands all day, but whatever you want in your metal, it’s there: black metal, death metal, heavy metal, classic metal, power metal and so on and so forth. 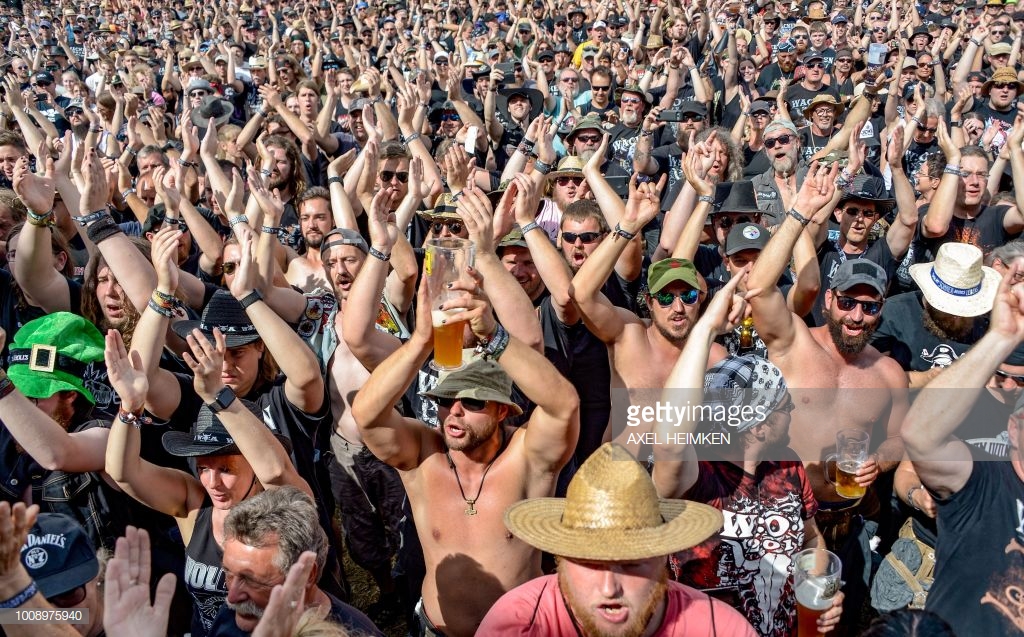 No wonder two German legends chose to escape their nursing home and join the throngs of metalheads raising their fists and banging their heads. The festival is the biggest in the world and attracts some 75,000 people a day. 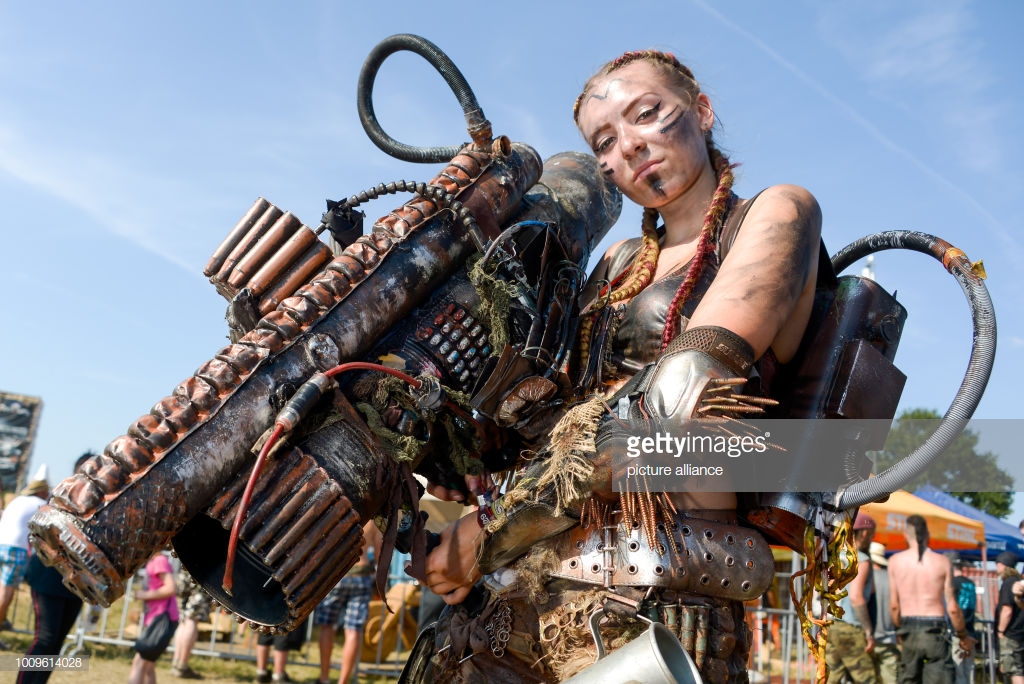 The nursing home went into a panic when it realised the two gents had gone missing. They were found at about 3am that morning, presumably full of beer, and were understandably reluctant to leave. 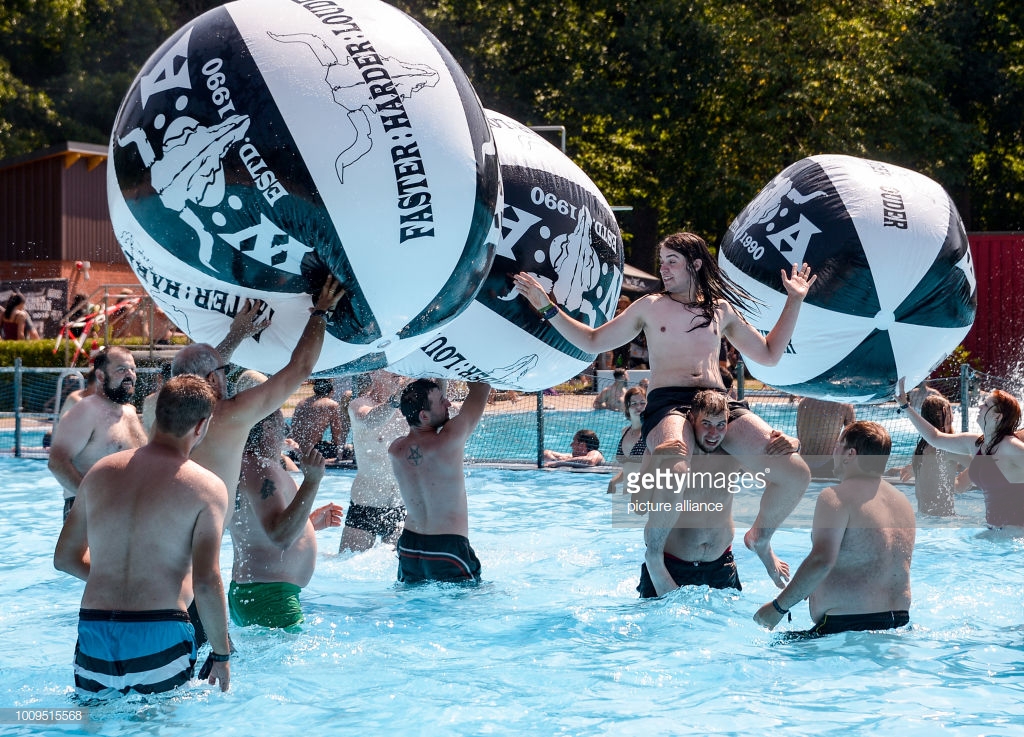 02 August 2018, Wacken, Germany: Visitors of the Wacken Open Air festival enjoy themselves in the swimming pool. According to the organizers, the world’s largest heavy metal festival starts with 75,000 visitors. Photo: Axel Heimken/dpa (Photo by Axel Heimken/picture alliance via Getty Images)

A police spokeswoman said, “They obviously liked the metal festival,” “The care home quickly organized a return transport after police picked them up.”

In related news, a 7km beer pipeline was built to prevent trucks from ripping up the famously muddy ground. On average, attendees at Wacken drink over five litres of beer over the three day festival. Multiply that by 75,000 people per day and you’ve got a sh*tload of beer. 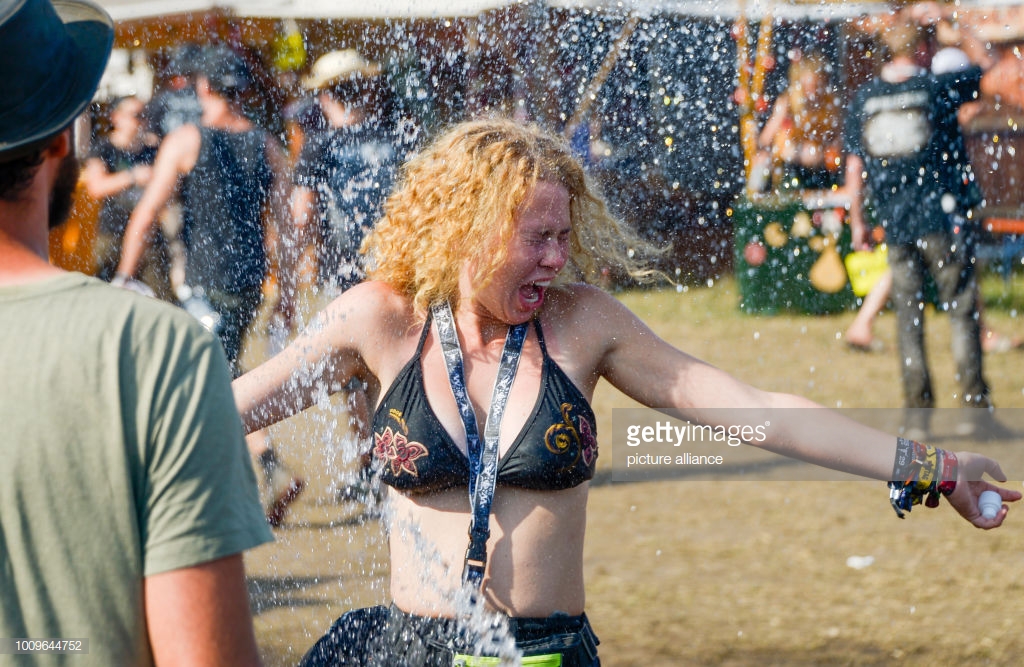 02 August 2018, Germany, Wacken: Two festival visitors refresh themselves with a shower from a garden hose at the Wacken Open Air. According to the organizers, the world’s largest heavy metal festival starts with 75,000 visitors. Photo: Axel Heimken/dpa (Photo by Axel Heimken/picture alliance via Getty Images)

Final thought: I say f**ken good on these two top blokes for getting out of their assisted care facility and doing something they loved. They should be given complimentary tickets for the rest of their days – and their carers should bloody well accompany them and smash piss with them. What do you reckon?