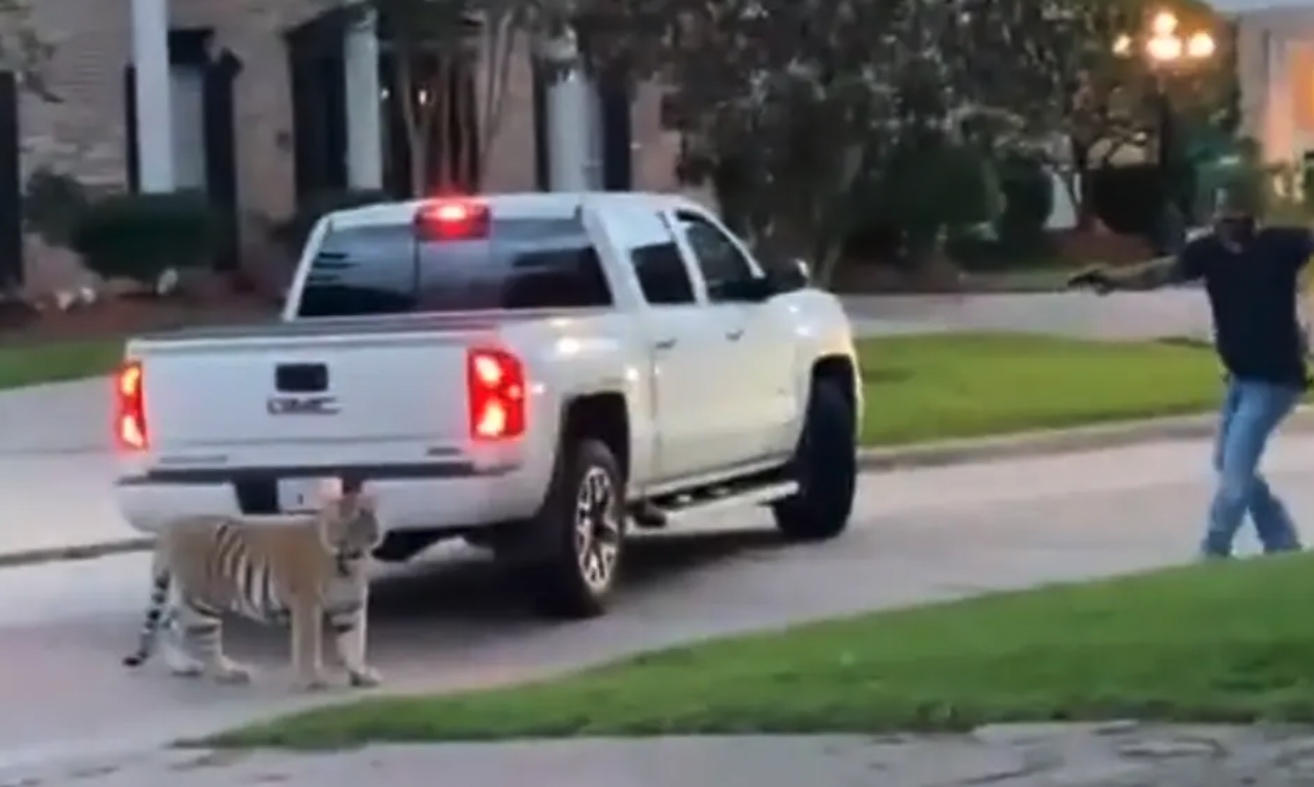 Some people reckon that normal pets like cats, dogs, and goldfish just don’t cut the mustard. Yeah, nah, these thrill-seekers reckon an animal doesn’t make a good pet unless it can rip your f**ken face off. These kind of people aren’t like the rest of us. Deadset, when they look at a tiger, they think f**k yeah, that’d make a great pet – and that’s basically how you get scenes like this one. Check it out…

All right, we know you’re probably thinking this one happened in bloody Russia, but yeah, nah. Nah. Not this time. Instead, we’re heading straight to the craziest English-speaking country in the world, the USA. And, if we’re completely honest, they can get pretty f**ken messy over there, so it’s not like Russia has a monopoly on f**ked-up s**t. 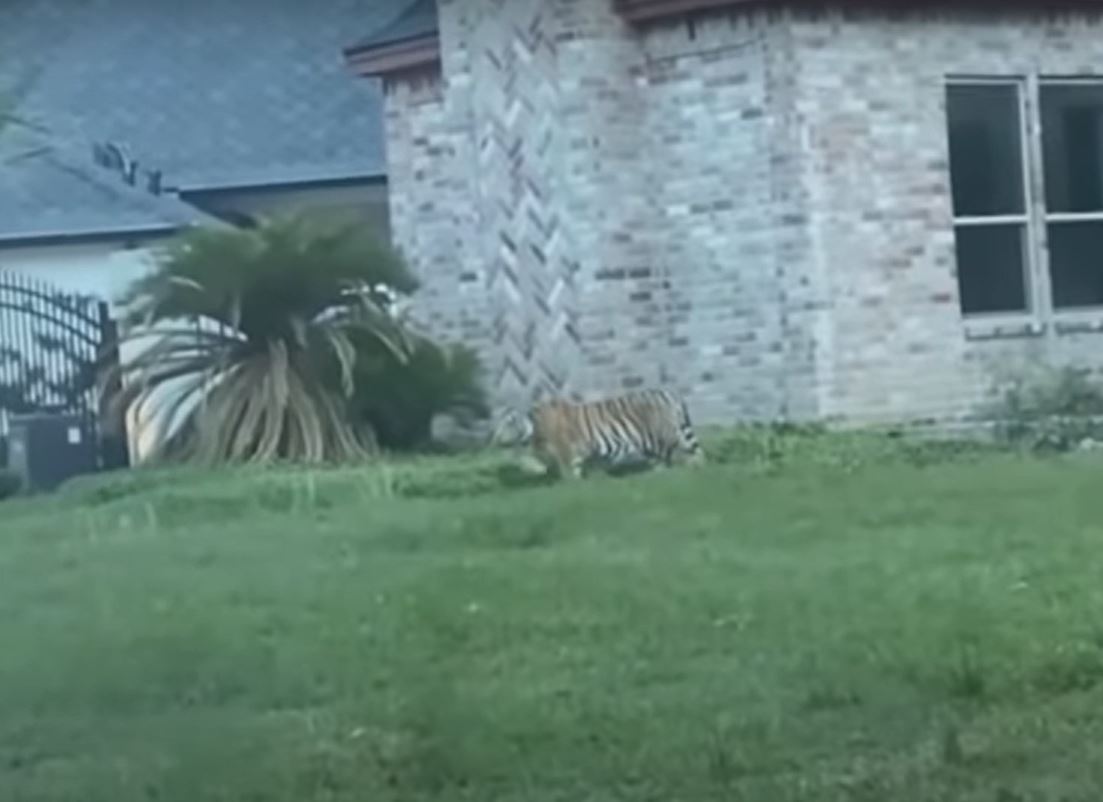 Anyway, we’ve got a few camera angles to have a look at. One of them, though, is a fair bit more tense than the other. It reveals how calm the collared Bengal tiger actually is. And, to be fair, it’s probably loved. We know if we had one as a pet, we’d definitely give it lots of pats.

A few locals to Memorial, the suburb the tiger was strolling around, filmed the footage from their car before letting the police know it was out and about. The second and third videos are a bit, well, they’re a bit more American. And, by that, we mean they’ve got a gun in them.

These show a way more intense chain of events. The tiger can be seen approaching a bloke who’s got a gun out. He’s like, ‘yeah, nah, nah, nah, nah.’ Then we’re not sure if it’s him, but you can hear someone saying ‘Get the f**k back inside. f**k you and your f**king tiger.’

A photo of the scene pic.twitter.com/wRZ4Bk59sY

Anyway, a later photo shows one bloke taking the tiger back inside unharmed. So, yeah, no harm done. We guess this is a day in the life of an American street. Who knew?

Final thought: Yeah, nah, sound off, you big legends. Would you want a tiger for a pet? Would you s**t bricks if you saw one? We’re interested; should we have ‘em here in Oz? Let us know.