We all know that when you’re on the lam, the smartest thing you can do is lay low and keep your ear to the ground. After all, unless you’re a f**ken master of disguise, you’re probably going to be recognised by someone and quickly arrested. Despite that, Pommy crook, David Springthorpe thought he could make like Clark Kent and disguise himself with just a simple pair of glasses. Check out what happened below…

Rightio, David – or Davo if you know him well, which we don’t – is known as a bit of a petty criminal in his local town of South Normanton in Derbyshire.

With a history of theft, drug abuse and general s**thousery, it’s probably no surprise, the guy – who must be a Superman fan – was wanted by police.

David SPRINGTHORPE was recently detained by PCSO Tom Smedley after a foot chase in South Normanton. He was wanted on Prison Recall and a number of shoplifting offences.
Springthorpe has recently changed his image by sporting a pair of glasses this was not quite cunning enough. pic.twitter.com/Ahz1YUeRMf

Fortunately, when you’re as smart as David, you’ve just gotta bust out your mastery of disguises. Yeah, nah, even if you’ve got a particularly distinctive neck tattoo, an ear that seems to act of its own accord and the ability to drum up a costume that’ll bamboozle the cops, a simple pair of glasses’ll do the trick.

Except, obviously, it doesn’t. Springthorpe was on the run from cops for breaching a court order and a few shoplifting offences when he busted out the fool proof lenses. Naturally, the cops took one look at him and arrested him. 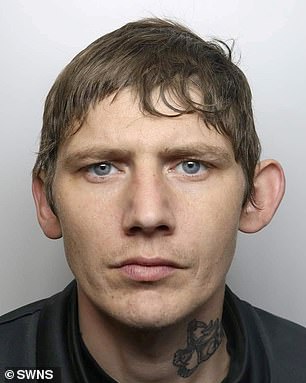 Deciding to have a bit of fun with him, the local cops decided to post two mugshots on their social media accounts. One with the glasses and one without. See if you can spot the difference.

Here’s what they wrote:

“David Springthorpe was recently detained by PCSO Tom Smedley after a short foot chase in South Normanton. Springthorpe was wanted on Prison Recall as well as for a number of shoplifting offences. Springthorpe has recently changed his image by sporting a pair of glasses…. fortunately, this was not quite cunning enough to outsmart the team. He was convicted of the thefts and sentenced to a 30 week custodial sentence.” 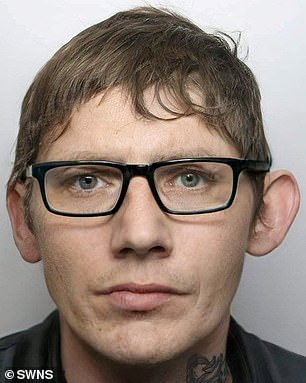 Some of the comments from members of the public were bloody gold.

Tom Armstrong said, “Pleased with the custodial sentence. Doubt it will make much difference though. Unfortunately it’s in one ear, out the other with people like him.”

Angela May said, “On reflection, David realised the Mickey Mouse Ear muffs may have been less conspicuous than he first thought and was regretting his choice of the Michael Cane style glasses.”

Tim Bottomley commented with, “Yes mate, those glasses completely disguise the fact you’ve got massive ears and a neck tattoo. PMSL He looks exactly the same.”

Final thought: While it’s a bit bloody rough commenting on aspects of old mate’s appearance that he can’t help, you’ve gotta have some serious questions about his disguise. Let us know if you’ve seen a worse one in the Facebook comments.