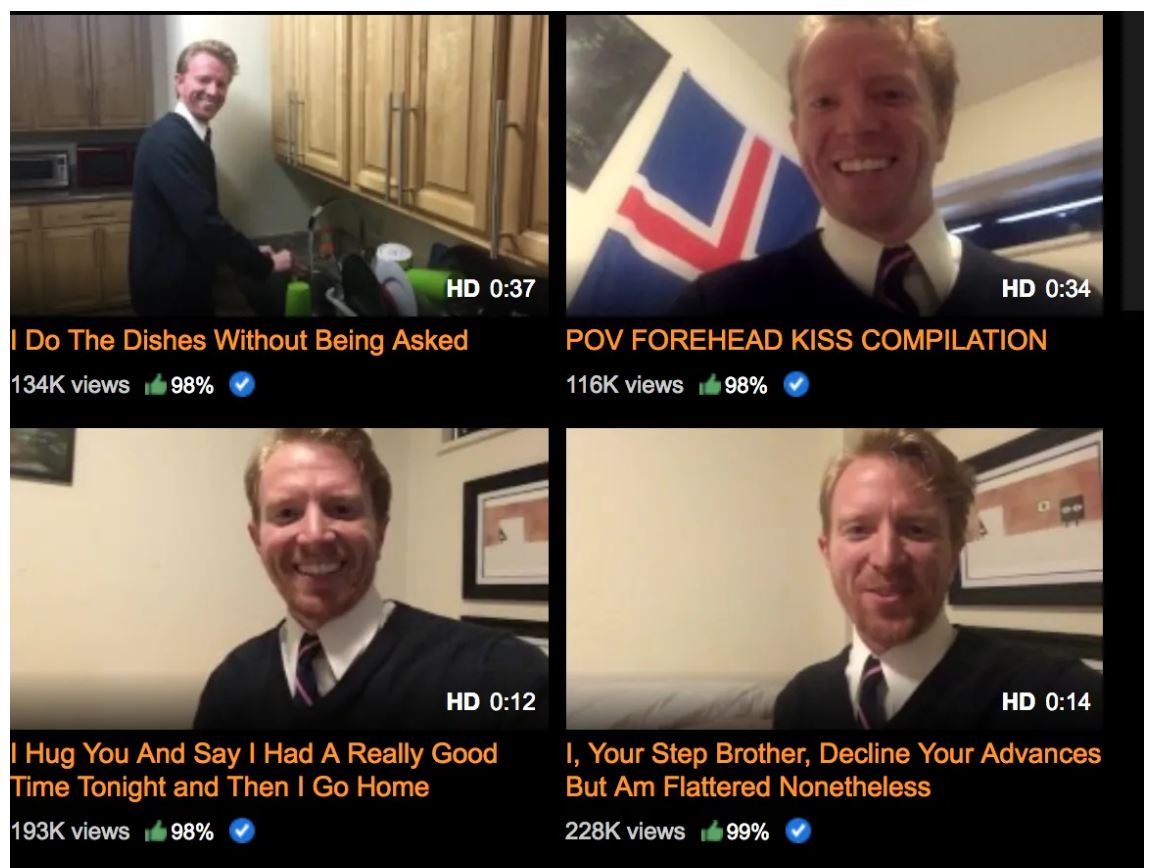 Some of these videos are wildly successful as well. I disinfect the casting couch has racked up 284 thousand views. I, your step-brother, decline your advances but am flattered nonetheless has 224 thousand. The list, my friends, goes on. 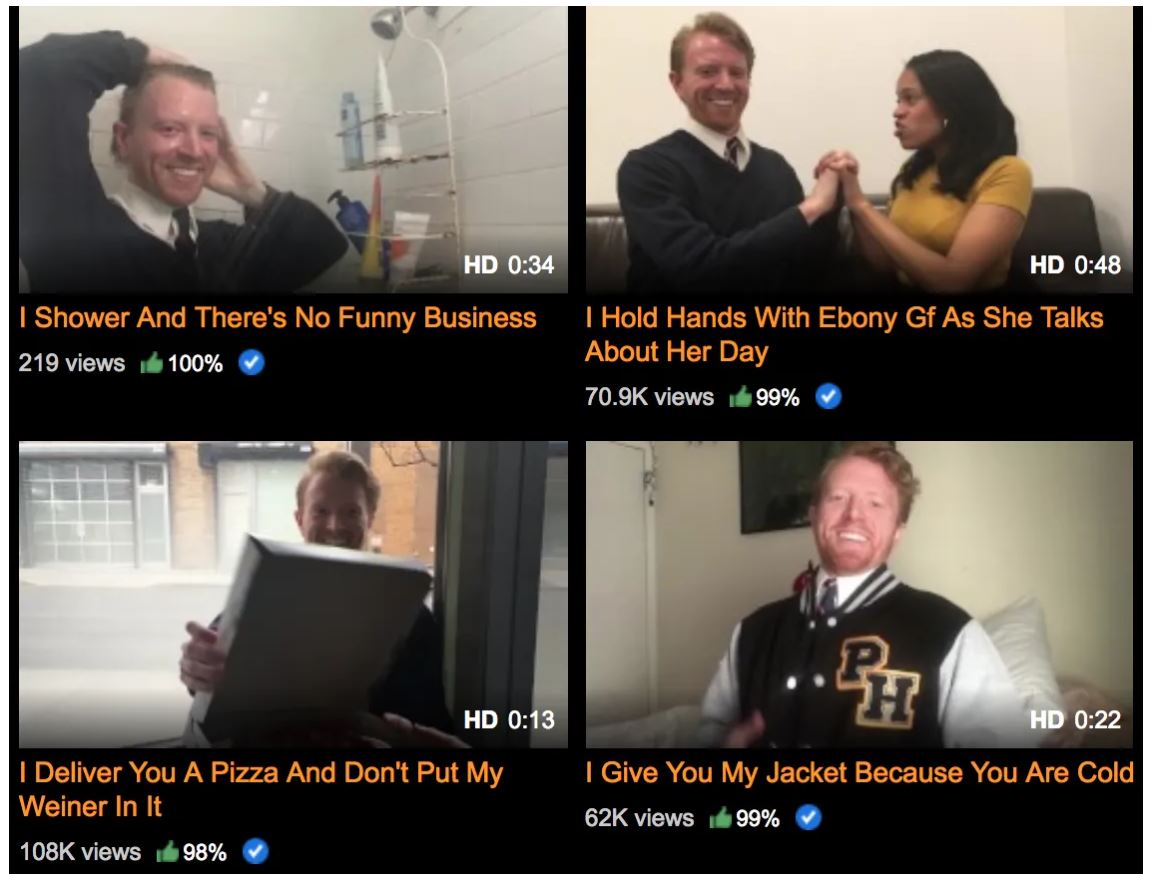 He told Buzzfeed news, “It can come across like I’m making fun of sex workers, but everyone who is in this industry has been so, so nice. That’s made me feel really good.” That’s great, because he’s definitely handing out the warm fuzzies with his videos.