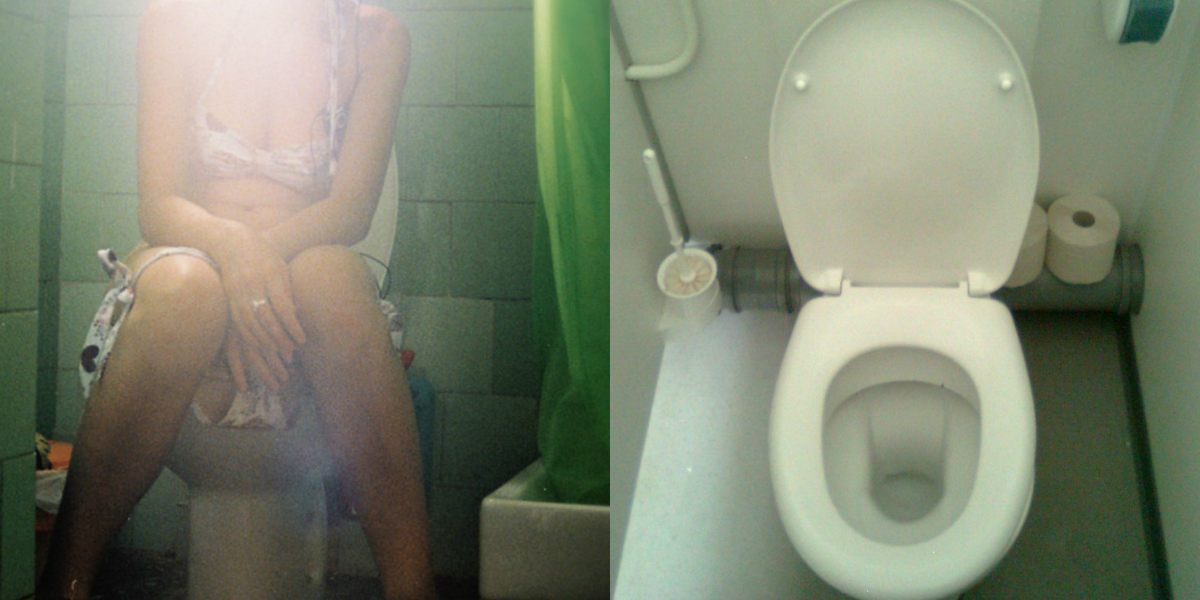 G’day, ya big bloody bewdiful dickheads. Let’s talk about gender stereotypes. Despite some obvious physiological differences between the sexes, we all know that generally speaking stereotypes are a bad thing. And, to be fair, that’s because you just can’t trust ‘em. Especially when they’re as normal as the notion that chicks take dainty little poos while men drop massive f**ken steamers. 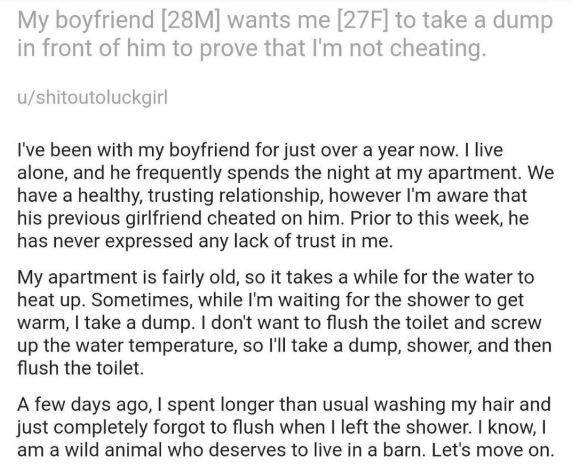 I’ve walked past the lady’s room at work, and anything that can generate the kind of stench some of the sheilas in the office leave behind must be f**ken humongous. We’re talking proper bloody massive. Like a pint glass.

Anyway, the reason we’re cracking on about this is a story that’s appeared on Twitter in the last couple of days. It seems that one sheila pumped a f**ken behemoth grogan and neglected to flush it. She says it was an accident, but we reckon she was probably just trying to show off. You know we’re right. 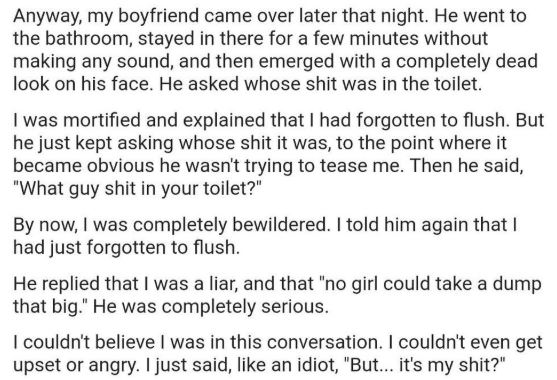 Anyway, this fudge-frog was so big and so f**ken ugly that when her unsuspecting fella walked in on it, he thought the only logical conclusion was that his sheila must’ve had some dude around behind his back. Think about that for a second. Obviously, ignore the terribly sad connotations, but think about how f**ken great and terrible this mud-puppy must’ve been for the dude to go, “Yeah, nah, no bloody sheila could’ve done that. You’re cheating on me!”

Deadset, it must have been impressive. The sort of thing you’d give a postcode to – or an award for. If it was any bigger, it probably would have had a spinal cord. Farken hell!

Anyway, the poor sheila is wishing she had a poop knife or a coat-hanger on hand, because she’s now been given an ultimatum. Park some bark in front of her man and let him inspect the polluted pond to see if it satisfies his curiosity. If it doesn’t, he’s f**ken goneski! Obviously, this is pretty messed up, and we all know that she needs to refuse to grease that porcelain, but just consider the pressure she’d be under.

Final thought: Just think about this for a second. She’d be there, twisting off some licorice, a trickle of sweat running down her face and a box of matches in her hands while he stands there looking at her intensely. And that’s before he asks to inspect the evidence. F**ken mental. Anyway, let us know what you’d do. We’d f**ken run.

My boyfriend [28M] wants me [27F] to take a dump in front of him to prove that I'm not cheating. pic.twitter.com/6C3sOwHn2V