We talk loads of s**t and laugh at loads of stuff we probably shouldn’t here at Ozzy Man Reviews, but even we’ve got standards. Matter of fact, one of the lines we draw is right around animal cruelty. There’s really not much you can say to defend people who delight in the harassment, torture of animals. That’s why we were pretty f**ken stoked to see Ozzy’s mate, Jason Momoa calling for the heads of two complete wankers who thought cutting a shark’s tail off would make for a good lark…

In recent years, Momoa has come to the fore as one of Hollywood’s go-to tough guys. Whether he’s the king d*ck of the Dothraki in Game of Thrones or the champion fish-f**ker of the DC Universe, he’s renowned for his physical appearance and stature. 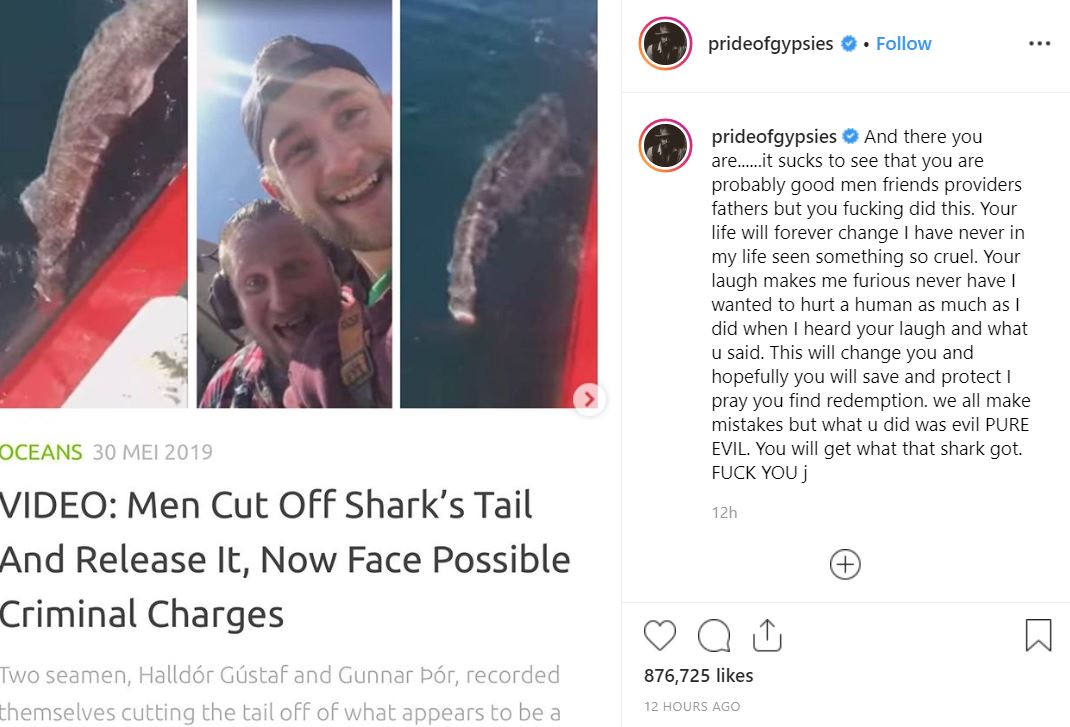 Despite all of that, Momoa’s also known as a bloke who loves the beach and the environment. After all, he’s a good bloke. So when he saw a couple of dead s**ts had filmed themselves cutting off a shark’s tail and releasing it back into the wild while they laughed their arses off he got pretty f**ken grumpy and took to Instagram to call them out. 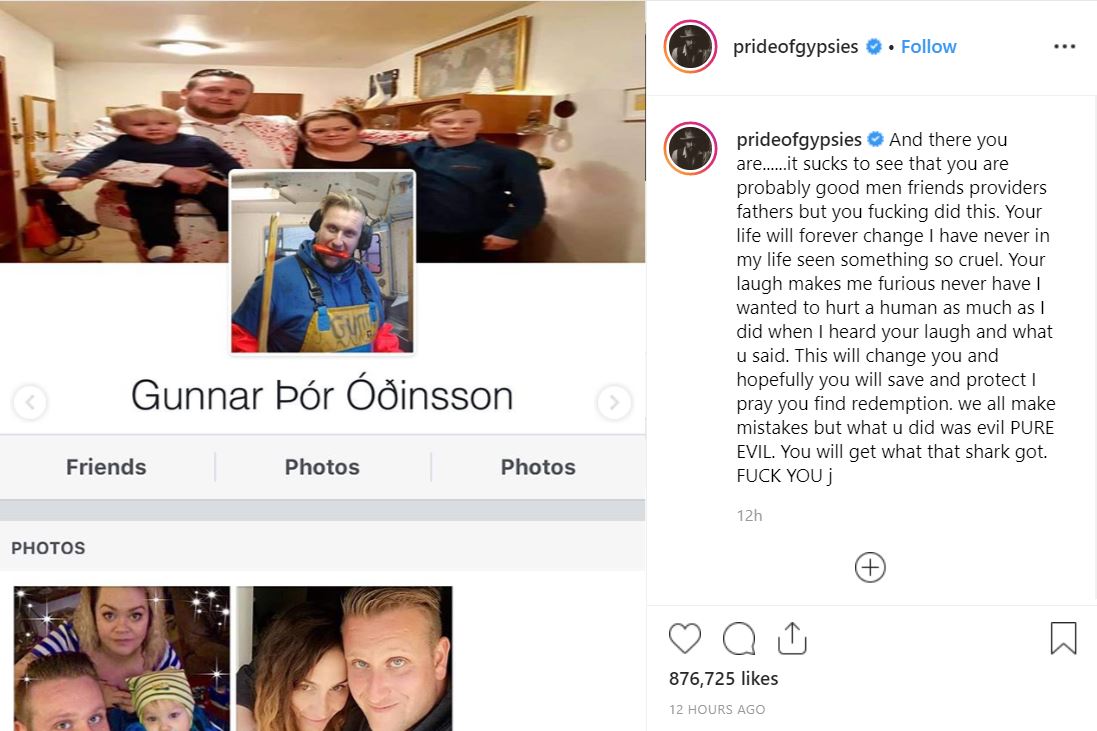 Here’s what he said:

“And there you are……it sucks to see that you are probably good men friends providers fathers but you f**king did this. Your life will forever change I have never in my life seen something so cruel. Your laugh makes me furious never have I wanted to hurt a human as much as I did when I heard your laugh and what u said. This will change you and hopefully you will save and protect I pray you find redemption. we all make mistakes but what u did was evil PURE EVIL. You will get what that shark got. F**K YOU!” 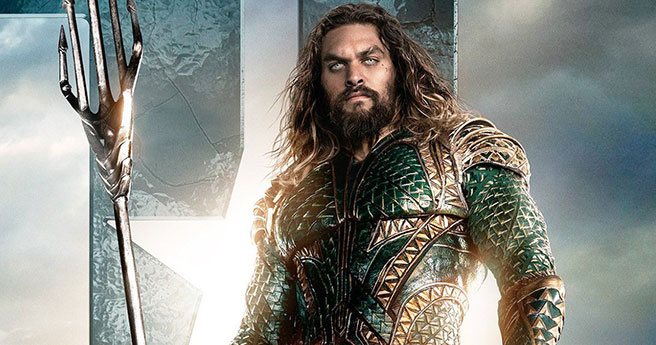 We won’t pass judgement on his grammar, but Momoa lays down some pretty tough talk there. Regardless of whether or not you think he’d actually hurt these fellas, getting called out by someone with such a huge following – and having your names and Facebook pages broadcast to the world – has gotta be a bit scary. 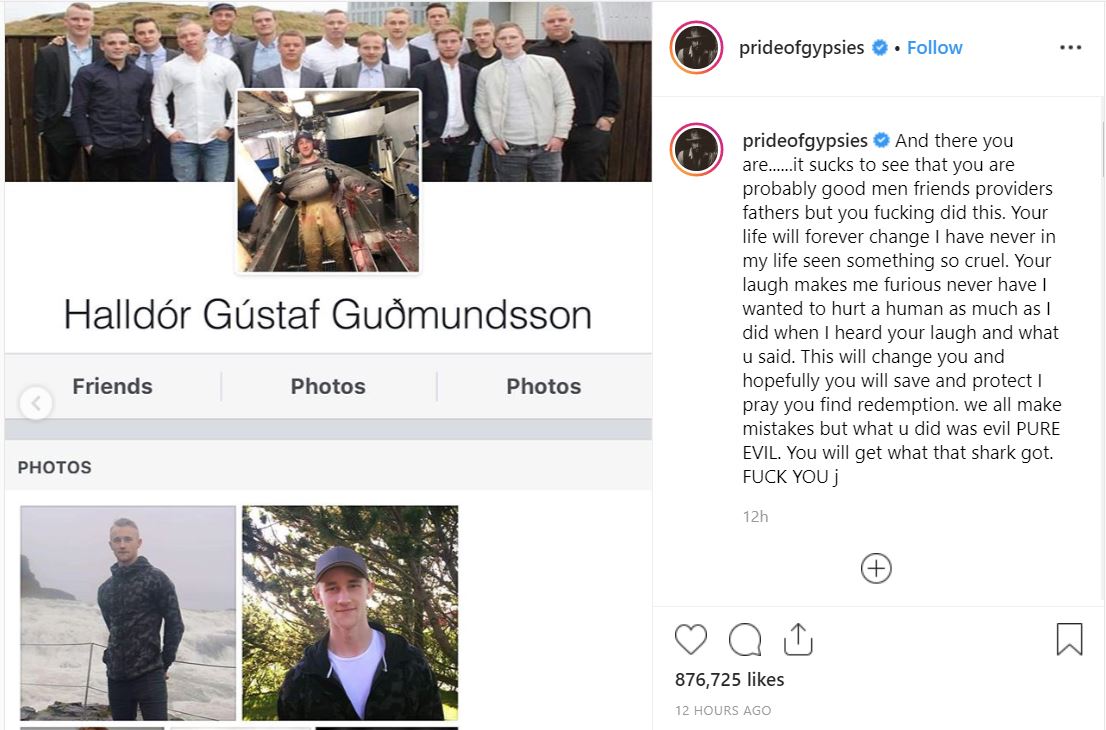 Over to you two, Halldor & Gunnar.

Final thought: While we like to give everyone the benefit of the doubt, it’s hard to disagree with the big fella’s sentiment. These guys are clearly f**ken scumbags and everyone should know what they did. Their bloody girlfriends should leave ‘em and their mother’s should f**ken spank ‘em. What do you reckon about all of this?

Just in case you missed it, here’s one of Ozzy’s latest commentary videos…Ozzy Man Reviews: Guess the Ozzy Slang with Jason Momoa