Now that we’re all relaxed and know each other pretty well, let’s talk about dog balls. Yeah, nah, we’re serious. Let’s chat about your mutt’s mangoes, your pooches pair, your canines crown jewels. If you’ve ever seen a male dog – specifically an intact male dog – you’ll know that his balls are on full display. And while they’re not quite as gross as a cat’s dot, they can be a little…confronting. Well, the latest fashion for dogs seeks to pretty up the punching bag. Check it out…

Yeah, nah, we’re pretty sure that you didn’t think you’d be having this conversation when you woke up this morning. That’s okay, though. Life’s about growth and about being surprised by things. By the time you’re done here, you’ll know all about the glitter that some folks in high fashion are gluing to their dog’s danglies. 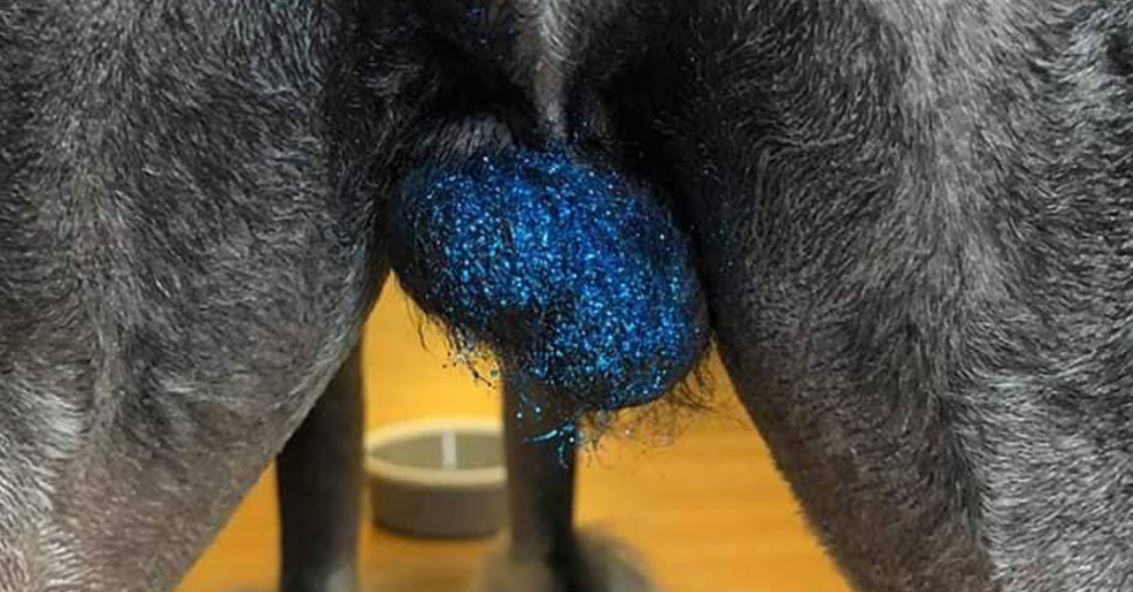 There are various stories about how the trend started. The one that seems to be hanging around is that the Royal Paws Pet Salon shared a post about it while distancing themselves from the practice and saying they wouldn’t be jazzing up any canine gems and blaming another joint. 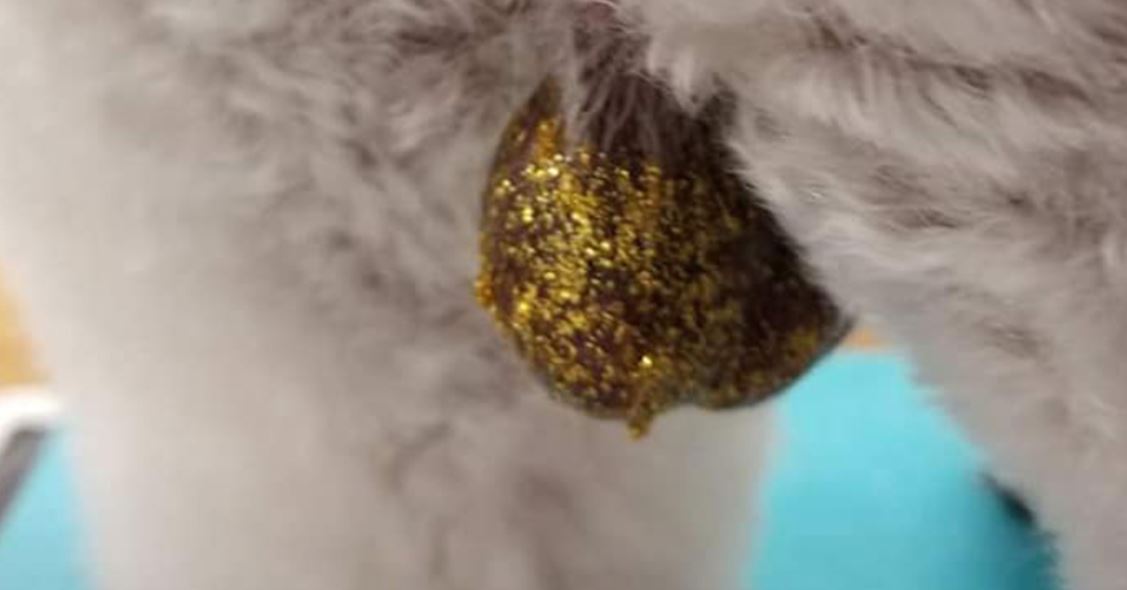 That joint seems to be – from a very cursory internet search – Groomies. You can see their post here. It looks like it’s from a year ago, but that’s okay, things can take time to go viral – which is just a horrible turn of phrase when your talking about your dog’s dumplings. 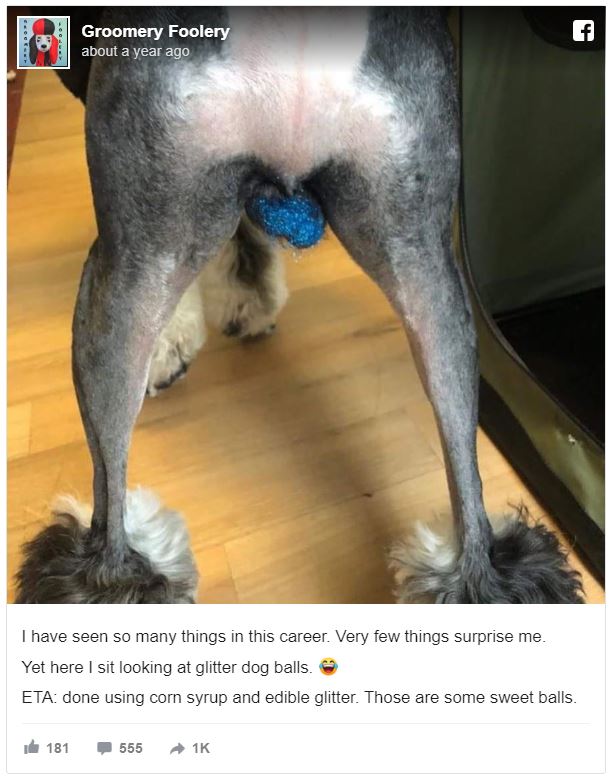 Whatever, though, the gist of the whole thing is pretty simple. The edible glitter is glued onto the pup’s plums with corn syrup. Obviously, it’s important that something like this is edible. Dogs are known for a few things, and being champions at licking their own tackle is high on the list. Licking each other’s gear probably isn’t far behind that.

As for the aesthetics of it, we’re not sure how we feel…. 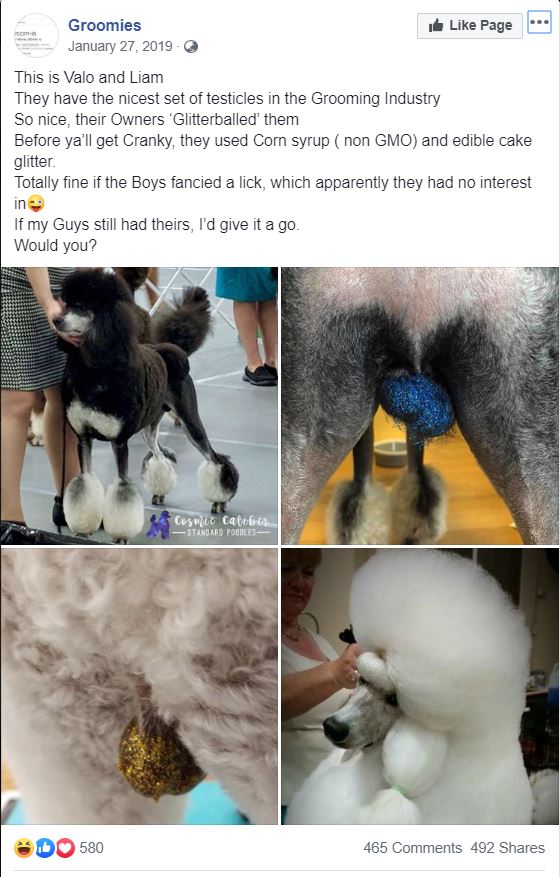 Final thought: Basically, we’re not sure it’s the sort of thing we should be drawing attention to. We get that saying something awesome is the ‘dog’s bollocks’ is a figure of superlative speech, but usually when a goodboi comes bounding past, and his ornaments are on display you look away in displeasure. We’re not sure the glitter changes that. Let us know what you think, though. This might look good on your staffy. Who knows?