With Christmas just around the corner, it’s about time we revisited a bloody classic and got nostalgic for some negligence: Home Alone.

Let’s face facts here. Home Alone was a bloody phenomenon when it came out in 1990. For a generation of kids, it was the ultimate Christmas movie. It had a kid with attitude, hijinks and bad guys who – at the time – seemed like a genuine threat to little Kevin. 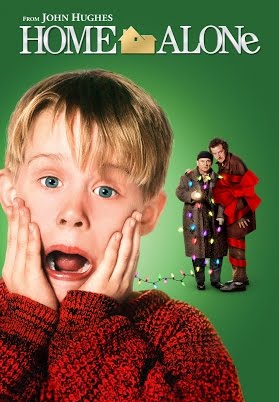 The face of a generation. Credit: Twentieth Century Fox

In retrospect, those crooks clearly posed no threat to the psychotic little b*****d they made an enemy of. It’s more than fair to say that Kevin, played by Macaulay Culkin, dispatched them with relative ease. He’s seriously the kind of kid we should send to sort out Kim Jong Un. Just give him a handful of marbles, some silly string and a packet of gum and he’ll MacGyver some sort of weapon and take him out with consummate aplomb.

Speaking of Macaulay Culkin, have we had the ‘where is he now’ documentary yet? I think I remember something about him shooting a real-life burglar and/or becoming a mad pothead. I’m not sure though. It could all be bullsh**.

Anyway, back to the point of this story: one of the sleuths over on Reddit has posted a gif of Kevin’s arsehole father ‘accidentally’ throwing it in the rubbish with some napkins he’s used to clean up spilled milk.

Did you spot it? Credit: Twentieth Century Fox/Reddit

The suggestion, obviously, is that Kevin was meant to stay home the whole time. Dad didn’t want to take him on holiday and the fact that no one even noticed he was gone suddenly seems a little more sinister. Someone really needs to call child services on these people. Their kid is devil-spawn and with a father like that it’s no wonder why. 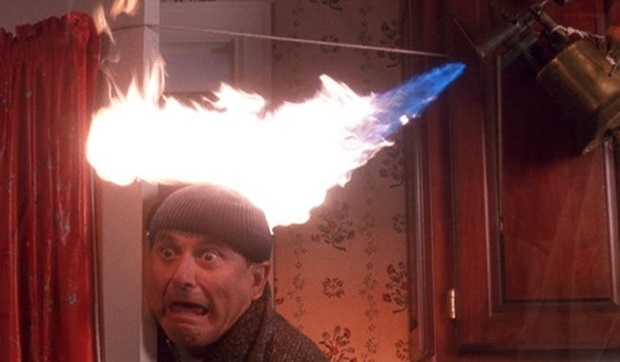 Hundreds of people have jumped on the thread to let their own conspiracy theories fly. Chief among them is the accusation that Kevin’s dad just might have known the burglars were coming.  If that’s the case, this movie is even darker than Culkin’s lesser-known one, The Good Son. 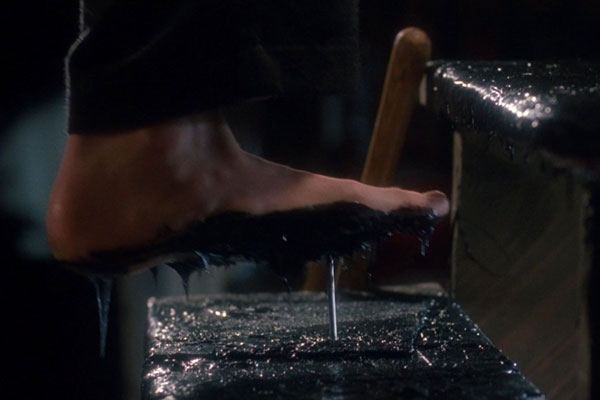 You could almost make a game out of this: Home Alone or Saw? You decide. Credit: Twentieth Century Fox

I don’t know about you, but I’m probably gonna have to watch it again to see what other clues I can pick up. Is Kevin’s Dad plotting his murder? Is he disappointed that he comes home to an obviously dangerous son? Will Kevin now seek bloody, bloody, revenge?  Something tells me that would have made a damn fine sequel. Home Alone: Where No One Can Save You Now, Dad!