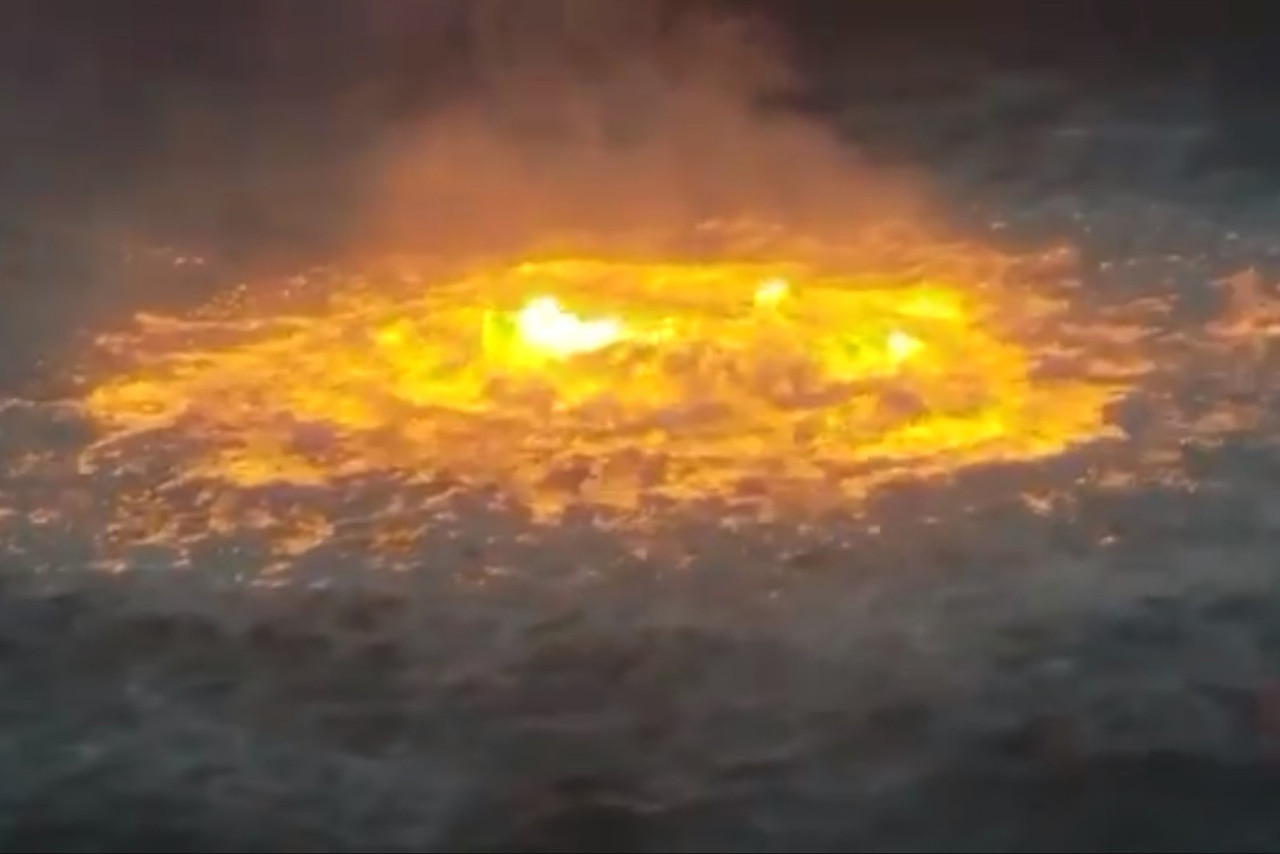 Life is full of strange things. Yeah, nah, s**t that shouldn’t happen does. Sometimes it’s because of a big weird rip in the space-time continuum. At other times, though, it’s because something humanity has done has gone awry. Yep, usually when something like the ocean being set on f**king fire occurs, it’s because humanity f**ked up. We can only assume that’s the case here.

Rightio, if you’ve been paying attention to the internet over the last day or two, you’d have seen the big flaming eye of Sauron that’s been winking at us from the Gulf of Mexico. If you haven’t, all you really need to know is that a ruptured gas pipeline has caused the ocean to catch fire.

Obviously, some people see this as a sign of the end of times. Let’s be clear, it’s probably not. Well, unless you’re the person responsible for rupturing the pipeline. Yeah, nah, the world’s not going to Destination f**ked, but that person’s job is. Probably.

The ocean is on fire in the Gulf of Mexico after a pipeline ruptured. Good system.

Unless, of course, the gas leak wasn’t caused by human error. Who’s to say that an errant narwhal didn’t take a wrong turn and poke the pipeline with its horn?

Anyway, that’s enough speculation. The pipeline is in the Gulf of Mexico and it belongs to Pemex. It took five hours to contain and was fought with nitrogen. Apparently, that’s the s**t that resembles molten lava swirling on those fiery and tumultuous waves.

The ocean is on fire in the Gulf of Mexico after a pipeline ruptured. pic.twitter.com/hMhOvxRQHo

According to Angel Carrizales, head of Mexico’s oil safety regulator ASEA, the incident “did not generate any spill.” Having said that, he didn’t bother explaining what was burning, so you know…

Final thought: Yeah, look, when we think about this and how f**ked it is, we have to ask ourselves whether the footage is worth it. In this instance, we’re kinda leaning towards almost. It does, after all, look very very rad. Let us know what you reckon in the comment section.