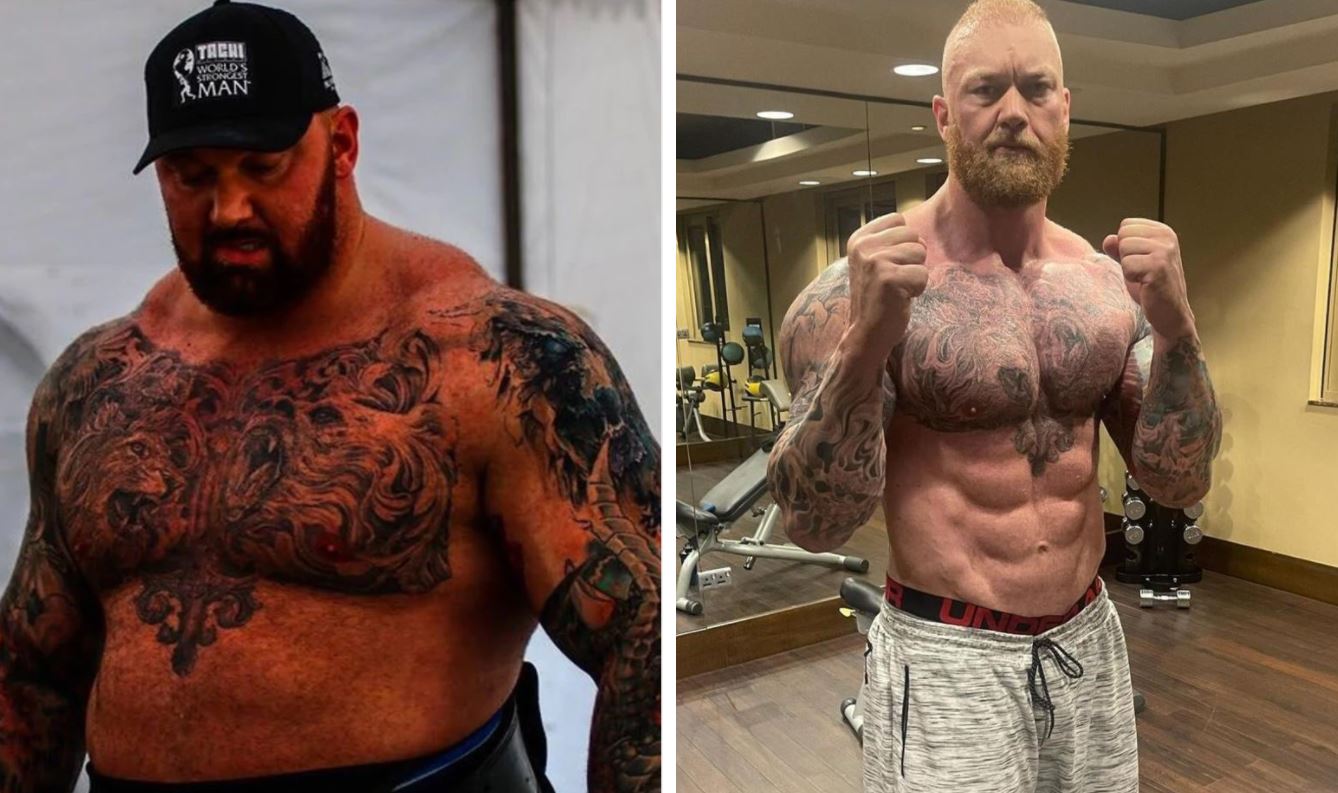 When you think about the bloody Mountain from Game of Thrones (or the bloke who played him, Hafthor Bjornsson) you probably picture the physique the bloke’s known for. Obviously, there’s a reason for that. As a man known for being the world’s strongest, he’s got a brand to push. Now, though, the bloke’s not doing that anymore. Instead, he’s boxing, and that means he’s transformed his body. The results are f**ken immense. Deadset, he’s looking lean and mean. Have a squiz…

Bjornsson took to Instagram to reveal some before and after photos, and the literal man-mountain you’re familiar with is gone. Instead, there’s a ripped-as-f**k dude who looks like he’s been chiselled out of his old self.

He told Muscle and Health that he’s now in the peak condition of his life, just in time for his third boxing contest. Yeah, nah, although he was supposed to fight rival strongman, Bjornsson’s squaring off against the world’s number one arm wrestler, Devon Larratt.

Apparently, he’s lost 56kg. He puts it down to his boxing diet. “When I was competing in World’s Strongest Man, I was eating six to seven meals a day and hitting around 10,000 calories. I felt OK, but because of my body weight I never really felt great. No one feels great at 205kg.”

He goes on to say that, “It doesn’t matter if you’re strong or whatever, just being that heavy takes a lot of energy out of you. Of course, having transitioned to boxing, my diet has changed a lot. I’m eating a lot less, very clean.”

Final thought: All right, it certainly seems like we’re seeing more and more of these fights where athletes with different backgrounds turn to boxing. If you’re knowledgeable about fisticuffs, have your say. Is the mountain worth watching, or is it all marketing and money-making? The comment section’s open. Go nuts!

We all know that a bit of a fracas outside of the allotted schedule isn’t exactly unusual in the UFC, but it’s not too common for those moments to fully explode into a matter that requires police intervention. Obvious...