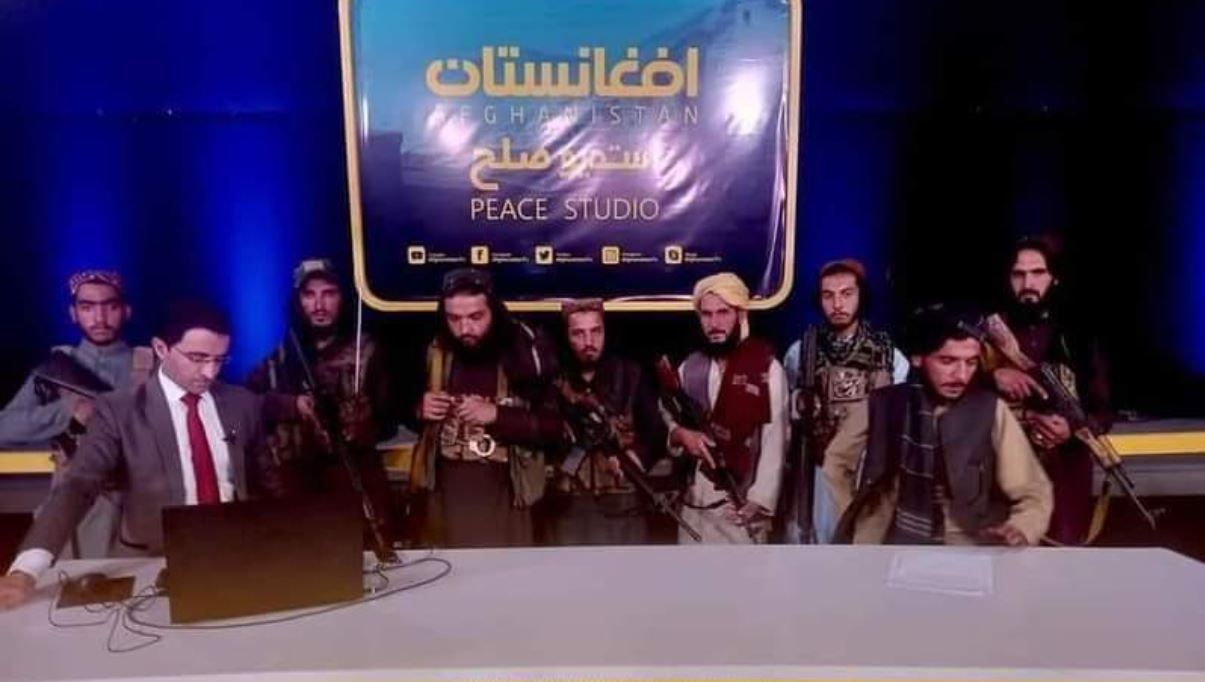 If you know your s**t and have a passing interest in the media, you might well be aware of a famous quote from Hiram Johnson. If not, he once said that ‘The first casualty, when war comes, is the truth.’ We reckon that after seeing this news story, that quote’s pretty f**ken pertinent. Yeah, nah, you’re no doubt all over the bulls**t that’s happening in Afghanistan, and we’re not here to debate that, so let’s get to the business end of this discussion. Eight Taliban soldiers have stormed a TV studio in Afghanistan, demanding that the reporter praise the Taliban…

Yeah, look, this kinda speaks for itself. If you’re literate, you’ll know all about the way this idea has manifested in texts as diverse as 1984, The Stand, and even, drawing a long bow, Kurt Vonnegut’s Harrison Bergeron. We’re sure there are countless more, but here’s the thing: this is f**ken reality for the people of Afghanistan.

This is what a political debate now looks like on Afghan TV, Taliban foot soldiers watching over the host. The presenter talks about the collapse of the Ghani govt & says the Islamic Emirate says the Afghan people should not to be afraid #Afghanistan pic.twitter.com/oEverVgLOE

Basically, a 42-second clip of a news reporter on the show Pardaz has gone viral. It shows the militia surrounding the man while he reads the news headlines.

Yalda Hakim, a reporter for the BBC shared a clip of the incident, claiming it was surreal. She said, “The presenter talks about the collapse of the Ghani govt & says the Islamic Emirate says the Afghan people should not to be afraid.” The whole thing is f**ken nuts, but credit where it’s due. The reporter’s got gonads of steel.

This is surreal. Taliban militants are posing behind this visibly petrified TV host with guns and making him to say that people of #Afghanistan shouldn’t be scared of the Islamic Emirate. Taliban itself is synonymous with fear in the minds of millions. This is just another proof. pic.twitter.com/3lIAdhWC4Q

The simple fact that he was calm in the face of what might possibly have been his last moments on earth show the man deserves a f**ken medal. Imagine telling people to cooperate with these evil pricks while still knowing they’re surrounding you with guns.

This is what @Etilaatroz can’t accept. If so, we will stop our work. pic.twitter.com/FueAC4c9cz

Final thought: And let’s bring it back to the first point. The fact these f**kers are trying to convince people not to fear them shows you they should be feared and that they know what they’re doing. That’s f**ken mental.